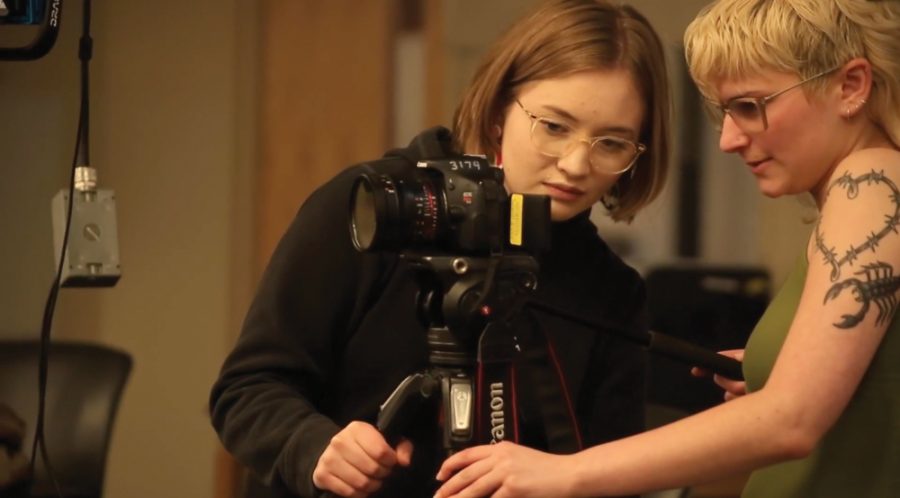 When design freshman Peyton Finch first found out about National Geographic’s involvement in her documentary short “Adams Bay” two years ago, she did not know what to expect.

“It was very exciting and cool. I mean, who knew that an 18-year-old would be able to do that?” she said.

Funded by National Geographic and released online earlier in February, “Adams Bay” talks about the titular site, which is located in a coastal marsh along Plaquemines Parish in south Louisiana. An important archaeological place, it has been in danger of washing away into oblivion due to rising sea levels caused by climate change and coastal erosion.

Finch’s documentary spawned out of a multimedia research effort, as anthropologist Ted Marks and archaeologist Jayur Mehta first approached National Geographic in early 2018 about researching and properly dating the site for the organization’s grant program.

“They wanted some sort of artistic representation of their research,” recalled Finch, then a student from the New Orleans Center for Creative Arts. “My mentors knew that I was really into documentary filmmaking, so they reached out to me and five of my peers from high school.”

Finch and her collaborative crew then spent two years analyzing the site for ancient artifacts, such as pottery and vegetation, as well as shooting tons of footage on site for documentation. Additionally, the crew conducted interviews with Marks and Mehta as well as with New Orleans natives.

“We learned a lot about archaeological fieldwork, specifically how to properly date a site,” Finch said.

After production, Finch solely supervised editing duties on the documentary for almost a year, which mainly involved perfecting sound design with NOCCA instructor Joseph Ceponis. After completing the extensive research portion of the project, the documentary launched on its official website in early February.

Finch, who now studies design at Loyola, believes that her major plays an important part in her work.

“I’ve always been interested in information design,” she said. “I felt the need to make relevant information that would be otherwise hard to understand in research papers more digestible to the public.”

In setting the tone for the documentary, Finch watched nature documentaries from National Geographic. One of her inspirations was the animal rights film “Blackfish, ”which is about SeaWorld and its killer whale entertainment industry.

“I wanted the screen to be black at the beginning of the film and just feature audio snippets, like in ‘Blackfish,’ of news reports on the wetlands so that people who are watching will be forced to pay attention to what ‘Adams Bay’ talks about,” she said.

The design major then elaborates on the thesis statement of “Adams Bay”, which is about searching for traces of history in the slowly fading Louisiana wetlands.

“It’s really easy to dismiss the issue as just a matter of stepping into dirt, but what people don’t realize is that there’s history in these sites too that we could potentially learn about but are now actively disappearing,” she said.

Finch has submitted the film to local film festivals. “I definitely think it’s a good contender mainly because it talks about an issue that nobody talks about,” she said.

The design major believes there is hope for restoration of the wetlands, as long as the issue is being given more public attention.

“The thought of the wetlands being underwater by the time I’m in my sixties is absolutely mind-blowing and very sad,” she said. “Even if it’s a utopian thought, I hope that after watching my documentary, more and more people would be interested in preserving these sites.”