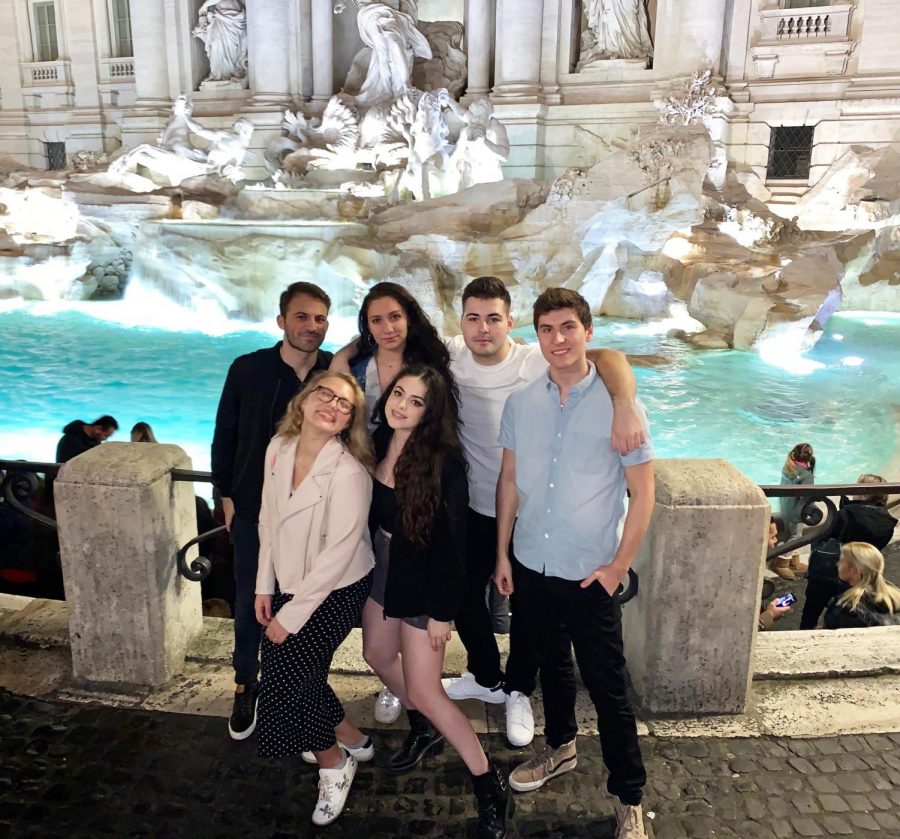 Junior Robert Prasso poses by the Trevi Fountain in Rome, Italy. Passo was one of the students abroad sent home due to the coronavirus. Photo courtesy of Robert Passo.

Business junior Robert Prasso began his semester abroad in Pavia, Italy in mid-February. Two weeks later, Prasso was forced to travel back home and self-quarantine due to the spreading coronavirus.

“Right now, I’m just camped out in a house in Long Island in a really small community, so I’m pretty isolated,” Prasso said.

The director for Loyola’s Center for International Education, Debbie Danna, said that when the United States Centers for Disease Control and Prevention raised Italy’s alert level to a three, Loyola informed students that their study abroad programs were cancelled and they needed to come home.

“(Loyola) recommended I come home because we don’t know if they’re going to cancel travel with planes, and they don’t know how long classes are going to be postponed. It could be indefinite,” Prasso said.

According to Danna, six students had to leave Loyola’s study abroad programs in Italy and programs in South Korea were canceled before they started. However, she said the process has gone smoothly.

“Everyone has been remarkably patient and cooperative as we navigate this situation,” Danna said.

Danna said that Loyola has been working closely with these students and their families to ensure a safe return home and keep them informed.

“This process varies from student to student and program to program, but so far, impact has been minimal,” Danna said. “The students are working with advisors to register for online courses and in some cases continue to take the online courses at Cattolica in Milan.”

Prasso said that the Center for International Education’s constant contact with him has made him feel safe and informed.

“Loyola’s staff, Debbie Danna and Wyatt Boykin, was very vigilant and, on top of everything that was happening to us, like emailing us in the nighttime, making sure everything went smoothly,” Prasso said.

Despite feeling relieved to be back home, Prasso cannot help but feel disappointed that his semester abroad was cut short.

“I had some trips planned to different countries, and now I have to cancel some tickets,” Prasso said. “But I’d rather be safe if this turns into a pandemic.”

While Prasso confirmed that he has been feeling healthy, he said he does not want to risk infecting his friends and family back home, which has prompted him to self-quarantine.

“When I was in Milan, going to the airport, there were a lot of people wearing masks, and a lot of hysteria, some people were coughing,” Prasso said. “I’m just going to wait it out until there are no signs of symptoms.”

According to Danna, Loyola has been asking students to follow CDC guidance, which suggests that Americans returning from level two or level three virus watch countries should self-isolate for two weeks.

However, Danna said Loyola has been encouraging on-campus students to be sympathetic to students returning from their study abroad programs.

“We are asking our campus community to show care and compassion to anyone who must go through this process, which can be lonely,” Danna said. “Texts, emails, cards and care packages are always appreciated!”