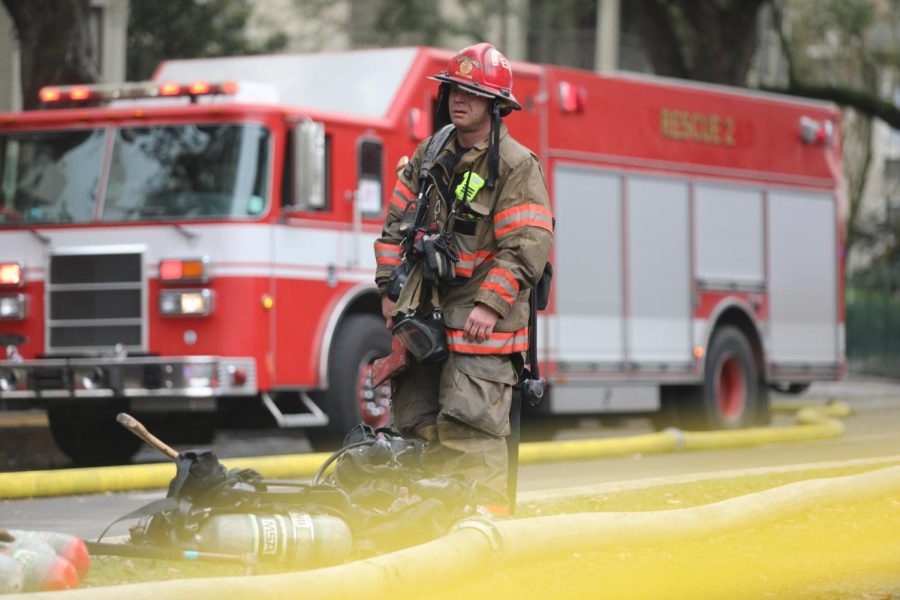 After a Carnival season filled with labor disputes, both the New Orleans firefighters union and Mayor LaToya Cantrell’s office take their first steps toward an agreement.

On March 6, both sides met at City Hall to discuss the retention issues and working conditions that the Fire Fighters Association have recently brought up.

“Based on the meeting and discussion, we are in a much better place,” Cantrell said.

Both sides talked about pension reforms, increase in detail pay, changes to how promotions are handled and other issues.

The meeting comes after the city’s firefighters started to boycott voluntary overtime in response to the department’s hiring deficit. While both parties discussed the overtime issue, there will be some delay before changes are seen.

“It’s something I cannot commit to in good faith knowing that we cannot visualize the full financial picture of the city of New Orleans,” Cantrell said.

The mayor said that the Hard Rock collapse site implosion, recovering from December’s cyberattack and even handling a potential coronavirus outbreak are all the top priorities for the city’s funds right now.

However, the association doesn’t mind waiting until after the summer when the city’s financial audit has been completed.

“We understand that with the city’s financial restraints, they are not able to visualize where they are right now,” New Orleans Fire Fighter Association president Aaron Mischler said.

In the meantime, the association counts on the city for future talks and negotiations later on in the year.

“We are operating in good faith, same as (the city of New Orleans),” Mischler said. “We are holding the city to their word and we are optimistic they’re going to keep their word.”

Right now, the New Orleans Fire Department has around 480 workers, the lowest staffing level in the agency’s 128-year history. The association hopes that future discussions with the city can create a more attractive site for people interested in enlisting with the fire department.

For now, all parties are simply glad to sit down and talk about the issues.

“The fact that everyone is committed to getting this resolved, to help us with retention and recruitment in the department is really important,” New Orleans Fire Chief Tim McConnell said.