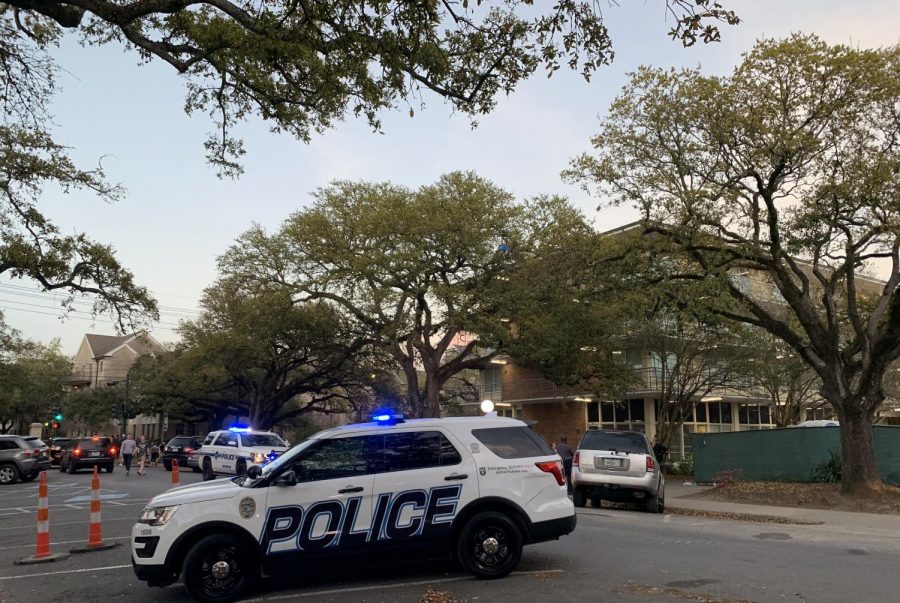 A Tulane University Police car sits outside of Phelps House residential hall on the evening of Thursday, March 12. The police presence came after reports of a student jumping off of the stairwell outside the building. A Tulane sophomore was reported dead of a 'apparent accident' later in the day.

Raymond Baltz III, sophomore and member of Sigma Chi Fraternity, lived in Phelps House, a Tulane residence hall. Both Tulane and New Orleans emergency services and Tulane police responded yesterday to reports of a student jumping off the stairwell outside of Phelps Residence Hall, according to the Tulane Hullabaloo.

Baltz died at the University Medical Center from injuries and The Hullabaloo reports that whether Baltz was under the influence of drugs or alcohol is still unknown, along with his cause of death.

A crowd of students gathered outside of Phelps House Thursday evening. Officers taped off the scene and residential life staff cleared the area, rerouting students who were attempting to cross Tulane’s campus. The incident came just one day after both Tulane and Loyola canceled in-person classes for the semester and Tulane announced that dorms would be shut down due to the spread of COVID-19 in the city.

In an email to Tulane community members, Fitts acknowledged the grief and chaos that has surrounded the campus in the past three days.

“In times of greatest need, families turn toward one another. Tulane is a family, a strong and resilient family, that loves and cares for its members. I am asking each of us, to face each other, care for each other and support Raymond’s family and friends,” Fitts said.