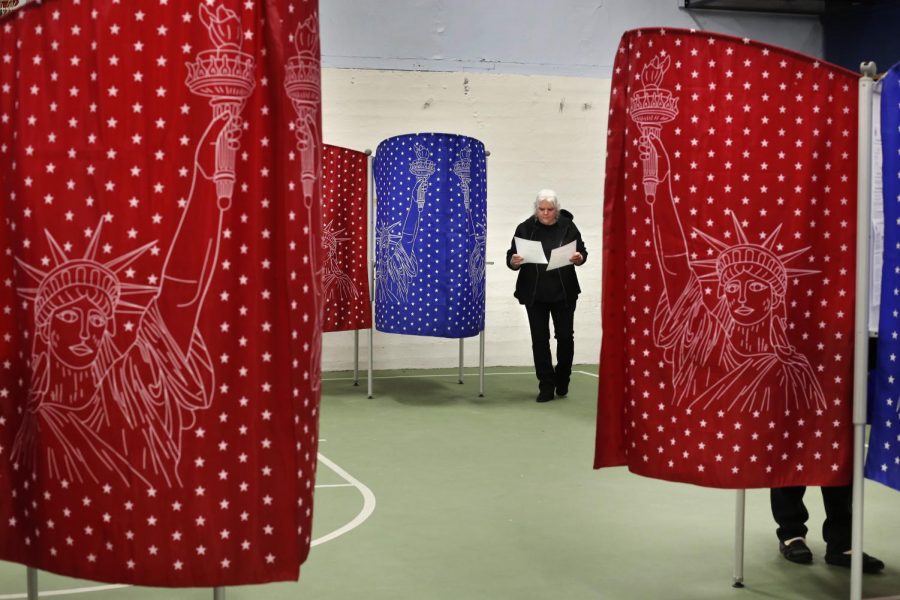 A voter checks her ballots after coming out of a booth while voting in the primary election, Tuesday, March 3, 2020, in Mechanic Falls, Maine. Voters in Louisiana will have to wait until June to cast their primary ballots, as the state delayed the election in the wake of the COVID-19 outbreak (AP Photo/Robert F. Bukaty)

Louisiana has delayed its April presidential primaries, becoming the first state to do so in the wake of the COVID-19 outbreak.

Secretary of State Kyle Ardoin announced early Friday that the contests will be moved from April 4 to June 20.

This means presidential hopefuls Joe Biden and Bernie Sanders will have to wait two months longer than expected to see who the state’s 54 pledged Democratic delegates will back.

Senator Karen Carter Peterson, chairperson for the Louisiana Democratic Party, said in a press release that the move may require the party to change who is selected as delegates to the national convention, but that it may help with voter turnout.

“We want to ensure every Louisianian has the chance to make their voice heard in this election,” Peterson said. “We are hopeful the Democratic National Committee will work with us to revise our Delegate Selection Plan to make sure our state is fully represented in this year’s nominating contest.”

The other states scheduled to hold primaries and caucuses in April, including Maryland, Pennsylvania and New York have not announced any changes to their voting schedules.