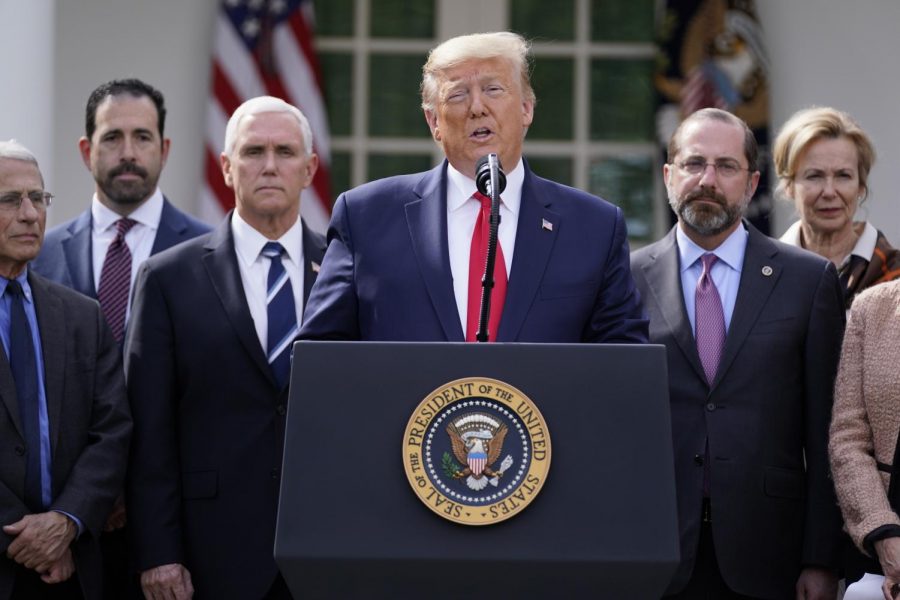 President Donald Trump speaks during a news conference about the coronavirus in the Rose Garden of the White House, Friday, March 13, 2020, in Washington. (AP Photo/Evan Vucci)

President Donald Trump declared a national emergency Friday afternoon, a move he said will open up around $50 billion of federal funds to help fight the outbreak of the COVID-19 virus.

The president also waived all interest on federal student loans until further notice as a form of aid to families and college students, many of whom are being forced to evacuate their universities and will have to take classes online for the rest of the year.

These funds will become available thanks to the federal Stafford Act which allows the Federal Emergency Management Agency, FEMA, to provide federal disaster relief as well as allocations to state and local governments during emergencies such as infectious disease outbreaks.

“In times of hardship, the true character of America always shines through,” Trump said during a press conference in the Rose Garden. “The spirit and the will of our nation is unbreakable. We will defeat this threat.”

The last health emergency was in 2009, when President Barack Obama declared a state of emergency in the wake of the H1N1 flu outbreak.

Trump’s decision comes after Democrats pressured Trump to make COVID-19 testing widely available and criticized his hesitation to declare a national emergency. Congress and the White House are still negotiating a national aid package and House Democrats are getting ready to vote on an aid package later today.

“We just don’t think they are giving enough,” Trump said of Democrats, when asked about the likelihood of a bipartisan aid package. “They are just not doing enough for the country.”