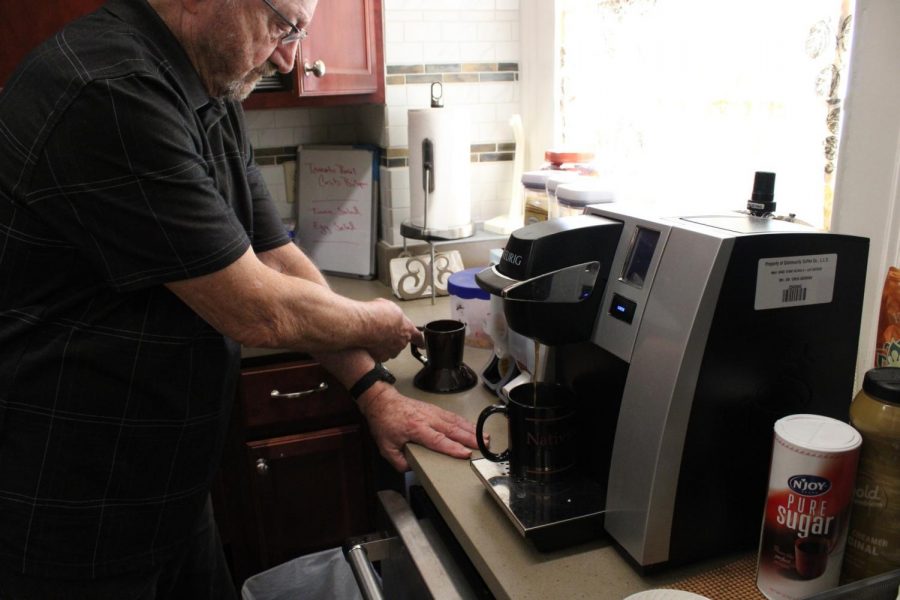 With around 15 Jesuits living around Loyola’s campus, concerns are high over preparations for COVID-19.

Carter lives with 5 other Jesuits in a house on St. Charles. The 92-year-old says the virus forces his colleagues to change up their normal routines.

Rev. Leo Nicoll says mass at a local retirement home, which is something Carter says he’s reconsidering due to the virus.

Jesuits that teach also have to adjust to online classes, which is a difficult transition for some. Carter spent Thursday and Friday making sure his equipment is all set up and his students are prepared for classes on Monday.

“My class is set up to have a smooth transition to online,” he said. “Other people may have a harder time adjusting. It depends on their work that they do.”

Despite the changes, the Jesuits try and retain some normalcy.

“Our evening dinners won’t change,” Carter said. “We will still have that and our dinner afterwards. I’m not missing my noon mass on campus. I haven’t heard any word that that’s been cancelled.”

With several members going out to the community to celebrate mass in local parishes, Carter says he feels his colleagues are safe from any infection.

“We stand pretty far from the congregation. We just have to keep in mind the new changes,” he said.

For the next 30 days, the Archdiocese of New Orleans will not make mass an obligation for Catholics. The church also encourages parishioners to implement social distancing and to not use the chalice to serve wine.

The wide-spread panic over the virus is similar to another event that hit New Orleans.

“It reminds me a lot of Hurricane Katrina,” he said. “(Loyola) didn’t have a semester that year, but we picked back up with class when we could. I feel the students this year are going through something similar to those (in 2005). However, new technology has us better prepared for an epidemic.”

Loyola canceled in-person class for the rest of the semester, forcing students and faculty to online sessions instead.

Carter says the move was the right thing to do but sympathizes with the Loyola community.

“I’m very disappointed we don’t get to end the semester face-to-face,” he said. “We have to make the best of our online situation.”