New Orleans theatre hopes to make a comeback after COVID-19 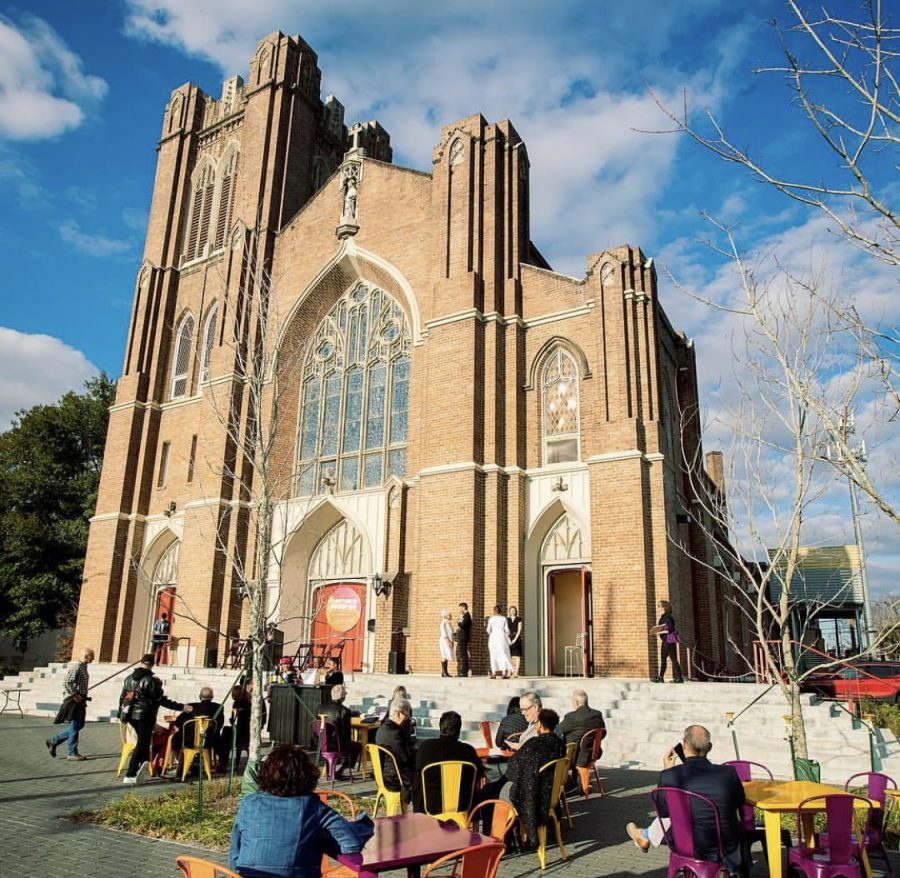 Outside the new Southern Rep venue on Bayou Rd. The go fund me which was supposed to raise money to keep the theatre running, had to be suspended in response to COVID-19. Photo credit: Southern Rep Theatre

On March 16, the lights will be dimmed in the Southern Rep Theatre.

Before moving to its new venue on Bayou Road, the theatre was formerly housed in Loyola’s Marquette Theatre. It also employed Loyola students for community based work-study.

The closure of the local theatre comes not only with the end of the run of the show “Magnum Opus,” but also in an effort to flatten the curve and prevent the community spread of COVID-19. The date of the theatre’s reopening remains uncertain at this time.

“We felt it was appropriate and safe to finish the run of the show and move it to the Rose Studio since it seats 20 people and the chairs were sanitized and spread six feet apart,” said Aimée Hayes, producing artistic director of Southern Rep Theatre.

Before the COVID-19 pandemic, Southern Rep had been struggling to stay afloat within the arts community in New Orleans. Despite ticket sales and mainstage subscriptions being at an all-time high, the theatre realized it was in an urgent financial crisis.

“The move to build an arts destination here in the center of New Orleans pushed us to the next level as an arts organization, and the budget necessary to meet expenses increased from about $800,000 annually in 2018 to about $1.2 million this year,” said Board President Bruce Gordon.

Among suspending other programs the theatre had to furlough staff and cancel the fifth play of its season, “REYKJAVIK,” by Steve Yockey.

Although the theatre increased their revenue by 40% since 2018, it was not enough to close the gap of the 50% total increase in expenses, plus other costs from the move-in. A go-fund-me page was set up to raise the remaining $350,000.

The money raised will be used to rehire staff that were laid off due to the deficit; pay down expenses; and provide high-quality arts education programs. It will also reinstate the 4D program, which sought to produce plays from local artists; and the Care for Creatives Program, which produced low-cost mental health self-care events for local artists.

So far, the go-fund-me has reached a little over $38,000. Southern Rep hoped to reach its goal by the end of March. Hayes said the deadline has been put on a hiatus in response to the COVID-19 closure of the theatre.

“This is a global challenge and it has changed dynamics for theaters everywhere, our crisis has now become everyone’s crisis,” said Hayes.

Yet, Hayes was not entirely phased by the pandemic, and recalled a time when the future of theatre was uncertain in her life.

“We’re ahead of the curve in New Orleans because we know how to come back, before Katrina hit I was producing shows and right after Katrina I was also working to do the same thing,” she said.

She also called upon the New York theatre community who faced a similar struggle of theatre closures in a response to 9/11.

“This feels very familiar, this just means the playing field is even for all theaters, and the thing to focus on is how we will come back,” she said.

In New Orleans, the cultural arts industry employs 34,320 people in New Orleans, according to data obtained by Census Bureau American Community Survey. Of those 34,320 employed, 8,272 work specifically in the arts, entertainment and recreation sector.

As for how COVID-19 will impact this, time will only tell.

Hayes is committed to bringing back the theatre for many seasons to come. Southern Rep also rents out its venues to outside parties, which she presumes will either be cancelled or postponed.

Partnerships with various organizations like the National Endowment of the Arts and the New Orleans Jazz and Heritage Fund have made Southern Rep’s next show, “Chemin Du Bayou,” by local New Orleans playwright, Pamela Davis-Noland, possible.

“It was initially supposed to run in May, but it will be pushed back, we don’t know the exact date it will run yet,” said Hayes.

The play is centered around Davis-Noland’s new imagining of the history of Bayou Road, which stretches over 1000 years, and highlights the stories of those who made their way from the Mississippi River toward Lake Pontchartrain.

While attending these upcoming performances is important for sustaining and repairing the New Orleans arts communities, Hayes discussed other ways citizens can do their civic duties to save the arts.

“We need to call senators and representatives to support things like sick-leave and unemployment for not only artists, but others who work from job-to-job or survive on hourly wages,” she said.

She also spoke on behalf of both the art and New Orleans community that will grieve and get better together. She expressed great hope in the prosperity of theatre and art, and joked that society may see new works produced by theatre artists around the world about the impacts of COVID-19, perhaps even a show about quarantine.

“After Katrina, all people wanted to do was go to the theatre and go out to escape, and it’s a sobering process because I am sure after quarantine many people are going to want to get out of their homes and watch a show,” she said.