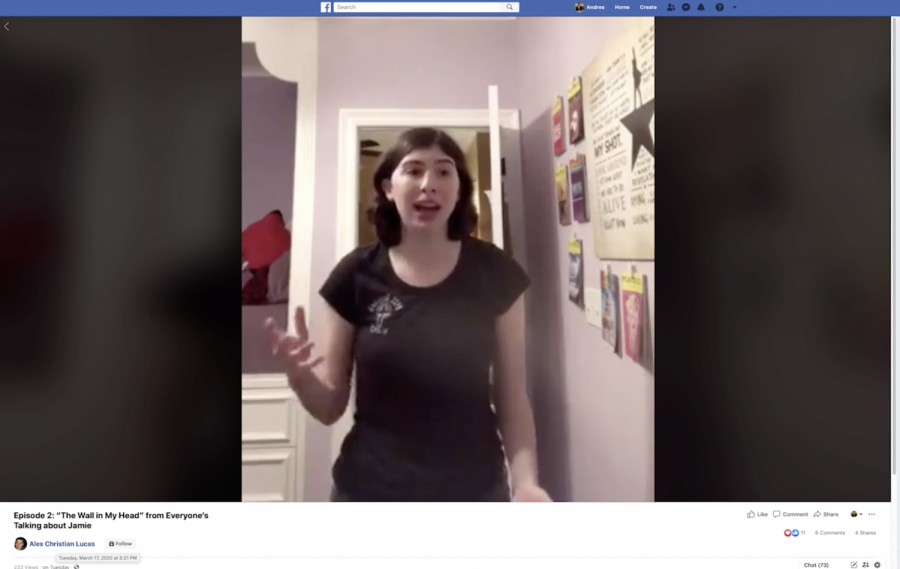 As COVID-19 spreads across the United States, concerts, plays and performances cancel their acts with the hopes of stopping the virus from growing.

Voice senior Alex Christian Lucas was a victim of the mass cancellations.

“I lost the the production of Caberet that we’ve been working on for two months, and my senior recital,” he said. “The fact that you’re not going to be able to share it is absolutely heartbreaking.”

Musical theater senior Josie Gautier feels lost without the typical routine that comes with performing. She rides out the coronavirus outbreak at home, instead of in the spotlight.

However, as the rest of his class felt they would never perform their school performances on stage, Lucas had an idea to showcase them on the web.

Days after Loyola canceled the spring semester, Lucas texted interested talent to be a part of his Living Room Concerts series.

The series involves performers sending Lucas their pieces they never got to properly perform. The difference being, it’s shown in front of an online audience instead of an in-person one.

“We deserve to sing (the performances),” he said. “We deserve to have an outlet to sing them and to encourage people in the process.”

She also says reprising her role of Sally Bowles for her Living Room Concerts performance brought some normalcy during a stressful time.

“I put so much hard work, and heart and love into that character and to not get to do it hurt a lot,” she said.

Lucas also belives in the importance of a performer’s character.

“Many people don’t understand, when something gets completely canceled it’s like losing a part of yourself,” he said. “You become a character.”

With a new performance posted each day, Lucas hopes more submissions will come through and the audience appreciates the work that they do.

“Art is art and it’s all important,” he said. “It helps those people that are watching it to get a little break from the craziness in the world right now.”

If you want to participate in the Living Room Concerts series, message Alex Christian Lucas on Facebook or Instagram.