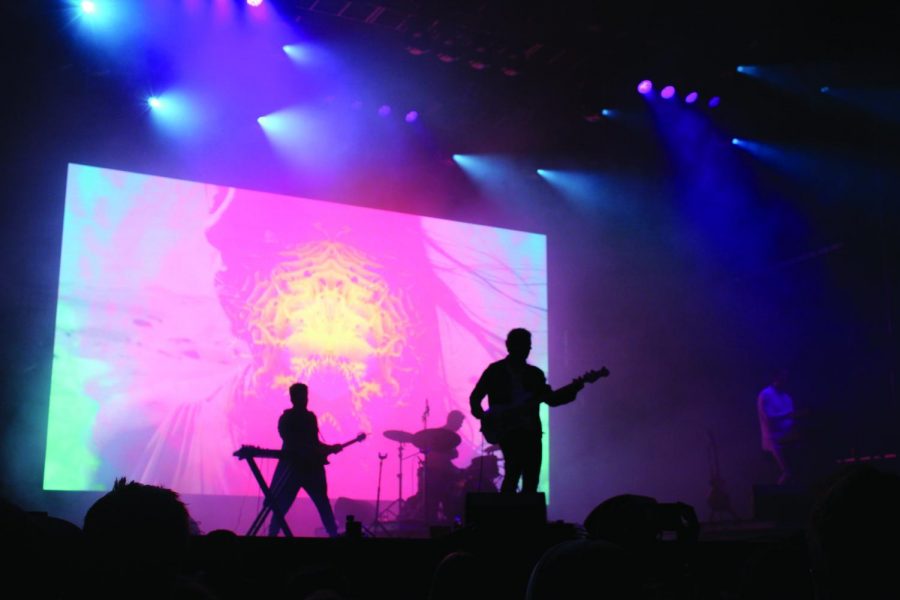 Tycho performs at the Power Plant stage. Tycho played songs from their 2016 album Epoch, among others. Photo credit: Caleb Beck

Due to coronavirus precautions, the 2020 BUKU Music + Arts Project has been postponed to Labor Day weekend. The festival would have taken place March 20-21 at Mardi Gras World, featuring artists such as Tyler, the Creator; Glass Animals; Flume; and Illenium. In an official statement posted to their Instagram, the BUKU team announced that they were hoping to dodge the virus and keep the festival going; however, the festival had to be postponed.

“This morning we received notice from the Mayor of New Orleans’ office that BUKU cannot take place next weekend due to COVID-19 concerns,” festival organizers tweeted Thursday.

Some festival goers, like sophomore Maryam Abdulrazzak, breathed a sigh of relief after this announcement.

“I’m glad BUKU got postponed, honestly, because I wouldn’t have went and would have tried to sell my ticket. It’s better that they postponed it instead of risking anything. I will still be going for Labor Day,” Abdulrazzak said.

The BUKU team also announced that they will notify ticket purchasers by Friday, March 20 on how to obtain a refund if they are unable to attend the festival on its new dates.