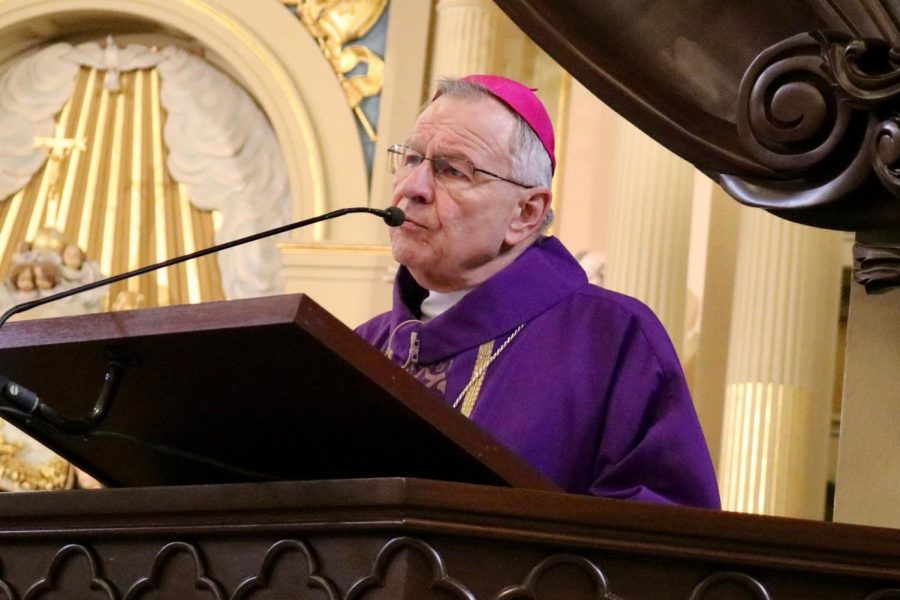 Archbishop of New Orleans Gregory Aymond speaks at a live-streamed mass in St. Louis Cathedral on March 22, 2020. Aymond announced Monday that he has tested positive for COVID-19.

The Archbishop of New Orleans Gregory Aymond announced Monday that he has tested positive for COVID-19, after holding a live-streamed mass on Sunday in St. Louis Cathedral.

Aymond, 70, told his fellow priests in an announcement that a recent fever led him to take the COVID-19 test, which came back positive.

“I have notified those with whom I have been in close proximity. Needless to say, I have self-quarantined in order to be responsible and not affect others. I will use this quiet time for additional prayer and sacrifice for all those seriously affected by the virus,” Aymond said.

A priest of over 40 years who has served as the New Orleans’ archbishop since 2009, Aymond said he will stay in contact with the community over Facebook and the archdiocesan website while he remains in self-quarantine.

As church-goers deal with public masses being cancelled, several parishes in the Archdiocese of New Orleans make a leap into the digital age with live-streamed services. Archbishop Gregory Aymond celebrated Sunday mass in front of empty pews but a congregation of online viewers. pic.twitter.com/YHWwoJBHpL