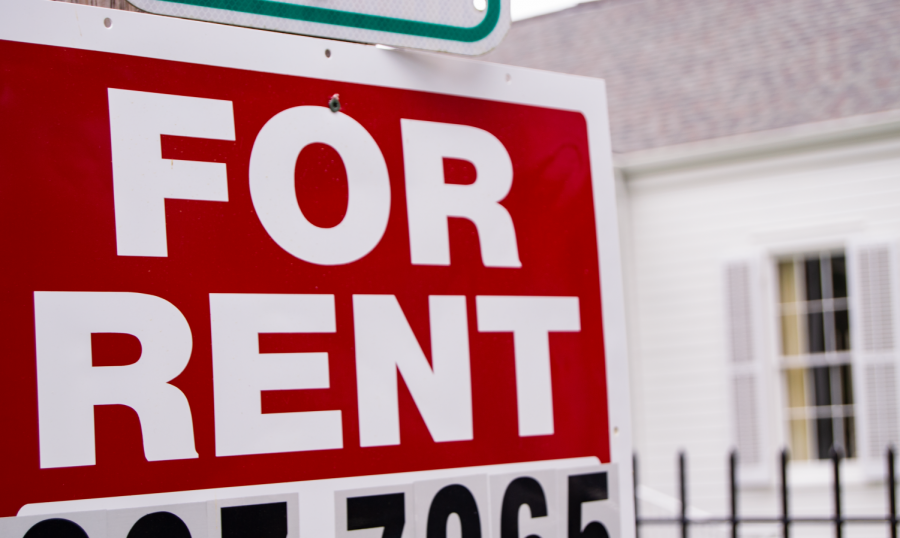 A rent sign outside an Uptown home. Many students are facing uncertainty surrounding their rental agreements amid the growing coronavirus crisis. Photo credit: Andrew Lang

In the wake of COVID-19, many Loyola students who previously lived on campus have found themselves spread across the country, and the world. Whereas staying on campus was initially an option after classes moved online, University President Tania Tetlow said in an email to students that more than 400 students elected to stay in the dorms – too many for university emergency resources. So, last Friday, the last of the on-campus residents (save for a few approved students) said goodbye to campus, and in many cases, to New Orleans.

But while the decision whether or not to leave the dorms was ultimately made for on-campus residents, students who live off campus, whether in rented homes or apartments, have found themselves in the midst of a pandemic with no clear path of where to go. Some students have lost their jobs because of COVID-19, but are still expected to pay their monthly rent.

This is the case for mass communication junior Bernadette Locke, who worked as a barista at French Truck before the coffee shop closed due to health concerns.

Locke said she anticipated COVID-19 impacting her job when her work hours started getting cut as the threat of the virus spread. It was then she reached out to her landlord to communicate her situation.

“I contacted him maybe a week before I became unemployed just because I saw it coming,” Locke said. “I wasn’t going to get a check until the 20th, and the next one wouldn’t be until April. But I’m not getting a check in April because of being unemployed.”

And, when university classes moved online, Locke found herself wanting to return home to her family in Slidell, Louisiana. Stuck in her lease with no way to pay for her rent, she reached out to her landlord once again hoping to get it ended early so that she could move out for the months of April and May.

“In order for me to do that, I’ll have to sublet the room,” Locke said. “Many people have already left, so I’m stuck on the lease having to apply for unemployment in order to make rent.”

Locke said she’s frustrated by her situation, and feels unsure how to remain financially stable while paying her own rent without a source of income.

“He’s only doing his job, but there are always extenuating circumstances that should play a huge factor in business like this,” Locke said.

While Locke has filed for unemployment to attempt to pay the rent for the remaining two months she has in her lease, other students elected to break their lease completely. Kristina Gebel, business analytics senior, found herself in this group following the move to online classes.

“I decided to break the lease, because my two other roommates from Loyola were headed home as well,” Gebel said. “We were scared. We all wanted to be with our family in case we got put into a state mandatory lockdown. With Loyola forcing everyone out of the dorms , we felt like we were going to be alone in New Orleans.”

Gebel said that her landlord was frustrated with her and her roommates’ decisions to return home, and repeatedly referenced their legal contract binding them to the lease. Regardless, Gebel said her goodbyes to New Orleans and returned home to Fort Worth, Texas. While she said she is happy she is home safe with her family, she is disappointed, like many seniors, that her final semester had to come to such an abrupt end.

Unlike Gebel, Locke was unable to break her lease. Stuck in her situation, she found her attention grabbed by the idea of rent freezes or rent forgiveness, that has recently begun trending on social media – especially among Millennials and Gen-Z’ers stuck in uncertain financial circumstances.

In New Zealand, for example, a six month rent freeze has been put in place that prohibits landlords from evicting a leasee or raising the rent, due to economic impacts of COVID-19. Similar measures have been gaining support throughout Canada – Manitoba issued a law that mirrors New Zealand this week, to aid Canadians impacted by the economic fallout of COVID-19.

In New York, a state that has shouldered much of the COVID-19 impact for the United States, Governor Andrew Cuomo has suspended mortgage payments for 90 days, to aid homeowners who have been impacted financially by the virus.

For Locke, bills like these are something she would support to help renters like herself, and her peers.

“People who are temporarily unemployed just accept that they don’t have an income, however, landlords still expect 2-3 months rent,” Locke said. “Two of the three people who live in my house pay for their own rent, and what if their parents also got laid off for the time being? How are those fair circumstances?”