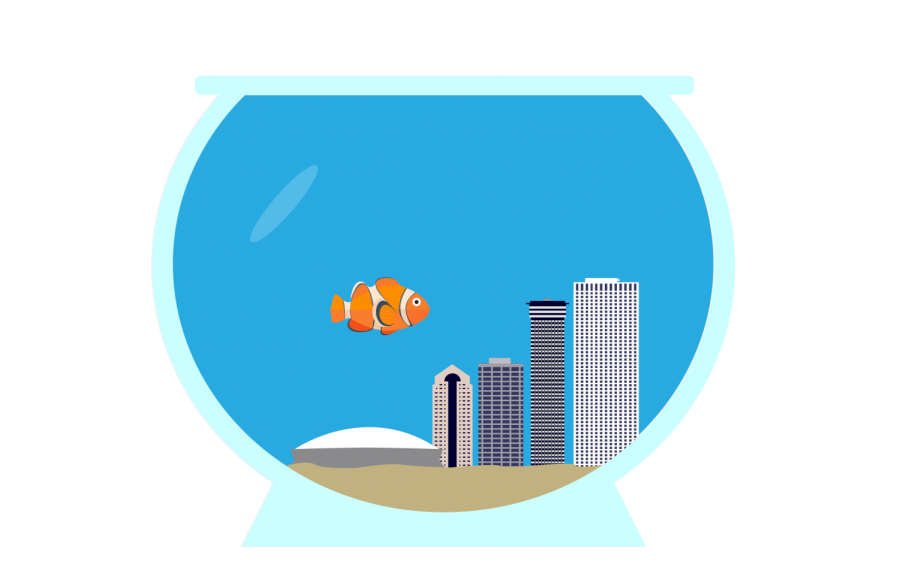 Three hundred years ago, the ancestors of former Loyola environmental science professor John Clark, were some of New Orleans’ first settlers. Twelve generations later, the prevalence of climate change has Clark wondering if his grandchildren will be the family’s last generation of New Orleanians.

According to Alisha Renfro, staff scientist for the National Wildlife Federation for the Mississippi River Delta Restoration Program, without bold, holistic action, the future of New Orleans will not be a cheerful one.

“Here, the big thing we see is hotter days, increase in heat for longer periods of time, changes in the rainfall pattern,” Renfro said. “We seem to be trending towards these really big rainstorms that happen over a very short amount of time.”

When it comes to sustainability, Renfro said that New Orleans’ points of vulnerability include a higher river, increased flooding events and sea level rise.

The loss of wetlands from sea level rise, which have been disappearing at a rate of a football field of land every 100 minutes into the Gulf of Mexico, Renfro cited as another vulnerability.

“The barrier islands and wetlands in coastal Louisiana are the first thing that storm surge hits, coming from hurricanes as it comes into our system,” Renfro said. “And so the wetlands can actually help slow down that storm surge and decrease it before it actually hits those levees.”

According to Renfro, a lack of action toward coastal restoration and climate change could lead to New Orleans becoming an island in 50 to 100 years.

“What happens is the coastal wetlands that surround the city disappear leaving the levees vulnerable,” Renfro said. “So the city becomes an island of levees until the day when the levees get breached by the storm.”

While scientists have been projecting how sea level rise will affect the New Orleans landscape, Renfro said their projections might not match up with the reality.

For New Orleans Sunrise Movement activist Gardener Goodell, the anxiety of the unknown regarding climate change has been taxing.

“One of the scariest things about global warming is that we can try to speculate about the ways it will affect our lives, but there’s reverberating ecological consequences that can also feel hard to predict as well,” Goodell said.

However, Clark, who has retired from teaching to study and write about the climate crisis, believes the effects will be worse than expected.

“It isn’t really promising that the average projections will be the ones that will turn out to be valid,” Clark said. “We have to really consider the possibility that not much will be done effectively in the next 30 years.”

The lack of mobilization for climate action, Clark said, translates to a larger problem of what he calls “defense mechanism.”

“We have certain defense mechanisms, one of them being denial and there is still people who are denying that these things are even happening,” Clark said. “The other defense mechanism is disavowal which is a defense mechanism in which someone says, ‘I know, I recognize that this is happening’ but then they go on living there life as if it isn’t happening.”

Clark refers to the climate crisis as humankind’s third revolution that will change the course of history, along with the earlier agricultural and industrial revolutions.

However, he said that while the other two revolutions were unconsciously carried out, the third revolution will have to be a collective cause in which humans “consciously, and rationally and morally change direction.”

“We know that in the near future of humanity that people will go through a process, if we don’t change direction, in which they’ll see everybody dying,” Clark said. “Not only will they see forrest dying and species going extinct but they will be seeing human beings around them die in enormous numbers and they’ll have the feeling of living at the end of their societies.”

In the struggle to sustain New Orleans, Renfro stressed the importance of being proactive.

She said the movement to combat climate change should be comprehensive and universal.

“Climate change is a big thing and we can all do our thing to tackle it, but one state alone isn’t enough,” Renfro said.

“At the end of the day it will really take institutional change to stop this crisis,” Goodell said. “And I would say that as individuals, your biggest impact that you can have is organizing together, getting involved.”

“We should be persons, not individuals, not egos, but persons, for and with others,” Clark said. “And that means that we are for them, what we are doing is based on love of others and I would say also love of the Earth.”

To see more on The Maroon’s coverage on Climate Change, click here.