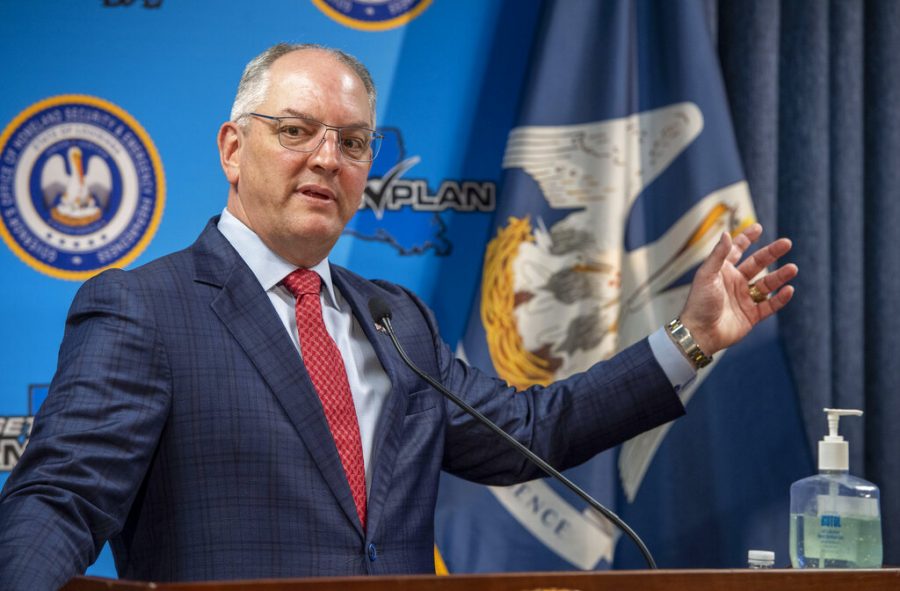 Gov. John Bel Edwards talks about the statewide stay-at-home order and what it takes to try and restart the economy while addressing steps being taken to fight the Coronavirus along with the status of cases in the state during a news conference at the GOHSEP Friday April 24, 2020, in Baton Rouge, La. (Bill Feig/The Advocate via AP, Pool)

Louisiana Governor John Bel Edwards announced an extended stay-at-home order Monday, which despite the postponement of reopening the state’s economy until May 16, includes three specific changes to the order in place.

If table service isn’t available outside, restaurants are now able to allow customers to eat outdoors on patios. Edwards also announced the reopening of malls via curbside retail and the mandatory requirement of all public-serving workers to wear masks. Edwards plans for businesses to operate at a reduced 25% occupancy, according to nola.com.

The state has seen a decrease in the spread of the virus due the stay-at-home order, and the Governor hopes to see even better numbers in time for the reopening of the state’s economy.