Opinion: Thank you, from your outgoing SGA president 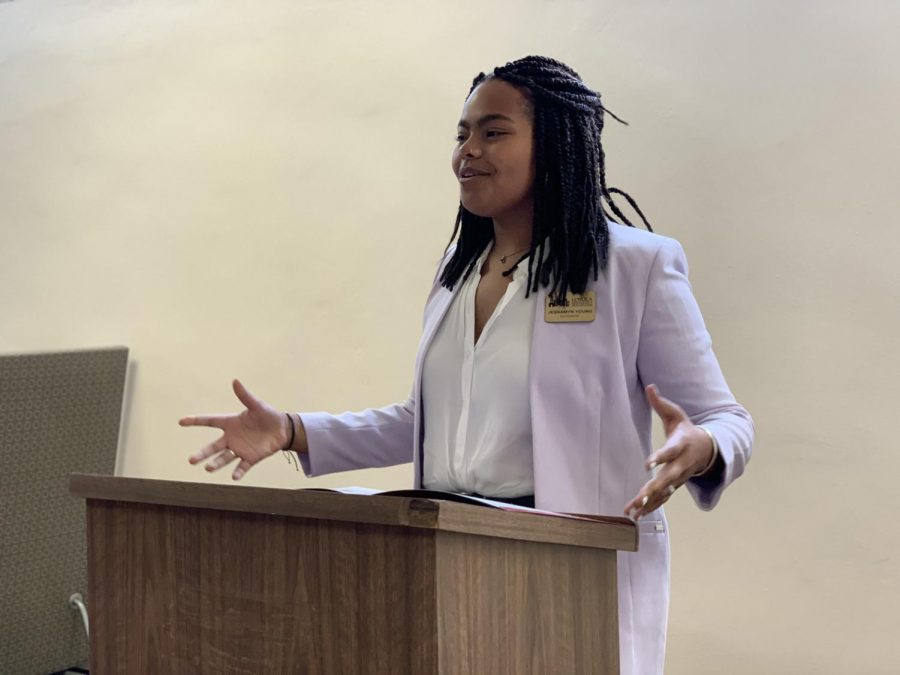 The time has come and gone on my term as Student Government Association president, an experience I’ll cherish forever. Having been sworn in without any prior SGA position, I knew every day would be a humbling lesson. Nevertheless, I committed myself to a path of service, and I hope that I have accomplished that goal.

Having campaigned on “Live Your Best Loyola,” my administration and I focused on a three-tier platform of campus beautification and utilization, organization restructuring and the Jesuit value “Development of Personal Potential.” Through this agenda, we’ve accomplished things such as developing a reimbursement program for graduate school prep books, securing campus space and repurposing it as a multi-purpose space for organizations, and programming the first homecoming that Loyola’s seen in over 60 years. As the list of accolades continue, the most important to note would be my role as an advocate.

It’s important to know that the student voice has been represented on committees such as the Provost and Chief Equity and Inclusion Search Committee, University Budget Committee and the Board of Trustees. These meetings have improved custodial efficiency in Monroe Hall, influenced President Tania Tetlow’s strategic plan and assisted in selecting a provost who reflects the diversity of our student population.

While the president’s role is to oversee the function of the executive branch, represent the student voice to upper administration, and execute campaign initiatives, I realized my title entailed far more. The foundation of my position wasn’t based solely on my qualifications but on my disposition. I aimed to provide corrective action to my fellow colleagues and to lead with a firm yet gracious hand. These are lessons that a book can’t teach you, but unforeseen circumstances will.

As the position demanded further character development, it showed me the value of character-based leadership, which is leading from who you are rather than from your position of power. It means never belittling an individual or always taking a dining hall complaint as serious as a public safety concern. From dressing up as Mrs. Claus at Sneaux, to proposing a financial memorandum that would later be adopted and approved by the Board of Trustees, to further aiding student activities and even restocking blue books and scantrons, to helping develop a Gender Inclusive Housing Committee, I’ve grown accustomed to the fact that the role of the president has no boundaries throughout my time in office.

However, there is one thing I can say to you all as I leave office: stay informed, stay involved and lead from your character. As much as we accomplished during this administration, there still remains an equal amount undone. Over this past year, Loyola’s administration has been more than willing to work alongside the Student Government Association, and they’ve established a firm foundation of trust.

To which I ask the next Student Government Association president to maintain this administrations’ effort: to carry on the initiative as a founding father for the New Orleans Student Government Alliance, a city-wide alliance established for cross-campus collaboration, fellowship and local activism, to continue the conversation for restructuring the Office of Equity and Inclusion, refunding Ignacio Volunteers and ensuring the quality of on-campus resources, and demanding a student vote for the Board of Trustees, as the need for a more diverse faculty and staff is now so important. I also ask that students engage in critical thinking and effective communication on issues that impact our campus and that the Loyola community continues to consist of individuals with and for others.

It has been my privilege and honor to serve you all this past year, and I thank you all immensely. Thank you for putting your faith and trust in the other members of the Student Government Association and myself.

Thank you and best wishes,