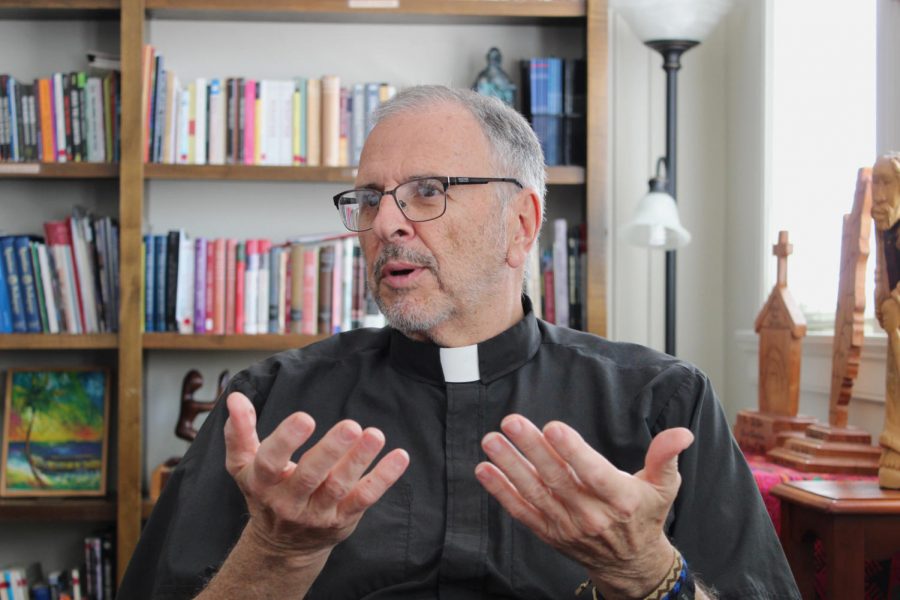 The Rev. Fr. Ted Dziak, S.J. announced his official departure from Loyola after a year-long sabbatical in a Facebook post Thursday.

Dziak served as university chaplain and held two prior positions at Loyola over his 14 years at the university.

Dziak said in the post that he has accepted a role as chaplain at Lemoyne College in Syracuse, New York starting next fall, a move which marks a return to what he calls his “home Jesuit province.”

During his time at Loyola, Dziak helped to found programs such as Ignacio Volunteers and the Department of Mission and Ministry.

The Rev. Justin Daffron, S.J. came to Loyola’s campus in fall 2019 in preparation for Dziak’s departure.