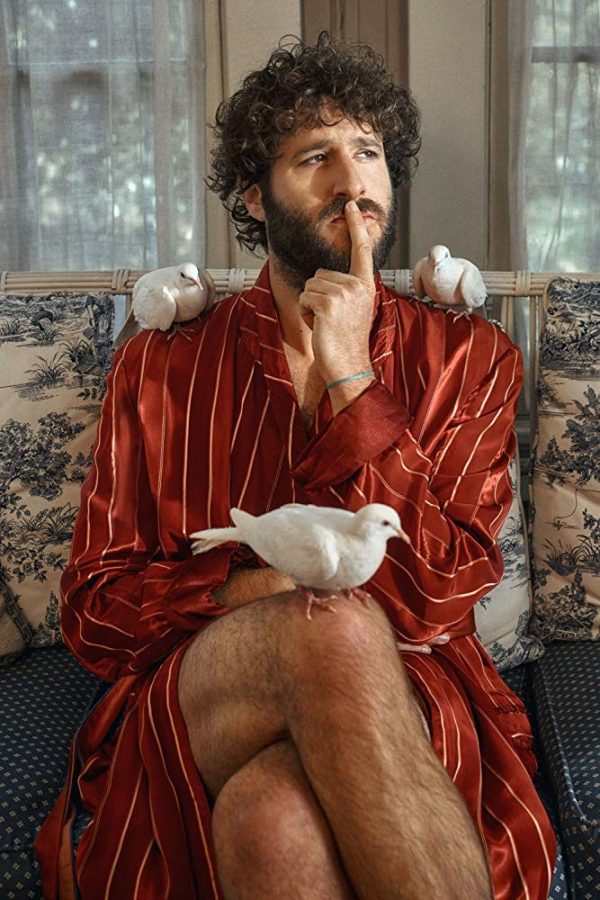 Presenting a semi-autobiographical look at his rise to fame, rapper Lil Dicky brings a personal and introspective story in FXX’s “Dave.”

Dave Burd, played by himself, is an up-and-coming rapper who goes by the stage name Lil Dicky. Having used up his Bar Mitzvah money to help with making his music, Burd attempts to make it into the rap industry. Through this, he receives help from his girlfriend Ally, played by Taylor Misiak, his best friend and DJ Elz, played by Travis “Taco” Bennett, his roommate and manager Mike, played by Andrew Santino, and his hype man GaTa, played by himself.

Though many films and shows have presented what it is like to get into the rap industry, “Dave,” like the subject it is built around, provides a very different take on it.

Burd isn’t the type of person to go out to the club or get involved with some shady characters. Instead, he sits in a tub with his roommate who rubs ointment on his back and contemplates the ethics of performing at a young, deceased fan’s funeral. Burd helps sell all of this in his performance.

Though he is playing himself, he provides a sense of humor and fun while also coming off emotional and vulnerable when the scene requires it.

Along with Burd’s performance, the series is also helped out by the performances of the supporting characters. Throughout the season, each character is given some moments and episodes to shine. Some of the best performances come from Misiak, Santino and GaTa. Misiak, who previously appeared with Burd in his music video for “Pillow Talking,” works well off of Burd and provides some good emotional moments. Santino mixes both comedy and drama throughout the series transitioning easily between the different types of scenes.

However, one of the best performances given in the series is from GaTa. In the fifth episode, the audience learns about GaTa prior to meeting Dave in the first episode. Through these flashbacks, GaTa’s prior situation is shown and many things are revealed about him. His performance in these scenes can range from humorous to downright heartbreaking. This helps show depth to a character that in many other series may have been left as one-note.

Whenever “Dave” was first announced, the comparisons were immediately drawn between it and Donald Glover’s FX show “Atlanta.” Both focus on up-and-coming rappers and contain a cast of oddball characters. However, this comparison only works if you look at the shows on face value alone. “Atlanta” succeeds in telling interesting stories with social messages through a sometimes absurdist lens. “Dave” succeeds in presenting a very personal story of one man’s unlikely rise in an industry where he doesn’t fit the mold.

The only downside of the show is in terms of the flow of some episodes. The series is only ten episodes long but some episodes felt like they carried little purpose. In a longer series, this is fine as there is time for episodes that build on character development or are just for fun. However, with a series this short, it felt pointless to include episodes that don’t fully build on the storylines presented.

All in all, “Dave” is a fun and interesting show about a different take on entering the rap industry. One does not have to necessarily be a fan of Lil Dicky to find some level of enjoyment in this show. Hopefully, it gets picked up for another season so there can be more of these characters and more strange looks at the life of Lil Dicky.