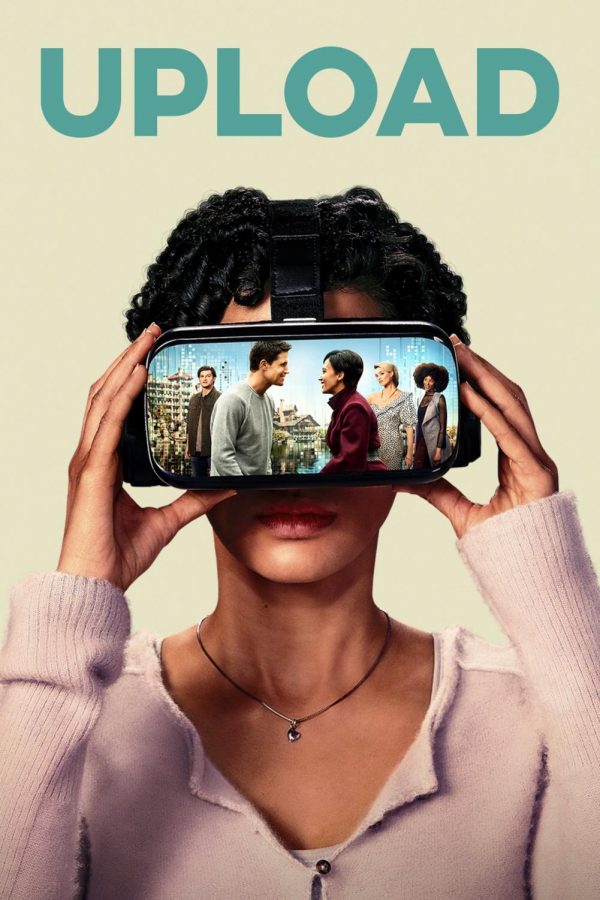 Set in the year 2033, the show explores a new world of technology that includes self-driving cars, cell phone capabilities at your literal fingertips and virtual immortality. Seriously, with the Upload program you can back up your memories and identity into a profile for after you die.

But do not be fooled. The class system from earth remains in this digital heaven. Think of it like buying a phone. Depending on the provider and plan you purchase, you could be living large with unlimited amenities or in a colorless world, frozen after using up your memory from thinking or talking too much.

Nathan, a 27-year-old bachelor and software developer, played by Robbie Amell, must choose between his options quickly at the behest of his early and untimely death. After allowing his allegedly soon-to-be ex-girlfriend Ingrid, played by Allegra Edwards, to put him on her family plan in the top virtual heaven, Nathan is challenged with prioritizing his relationship versus his family and basically being a sugar baby, all while adjusting to a completely disparate norm.

Watching “Upload” feels like a true and realistic simulation because their world does not look different than ours; it just has more advanced technology. The characters use technological terminology that the modern audience can understand. However, I would have liked to have seen what the results of climate change would have been, especially with the show’s emphasis on technology.

The show crosses several genres, with elements of drama, comedy, romance, fiction and mystery. Shows that are diverse in that way allow a larger audience to immerse themselves into the lives of the characters. They either compare the character’s life to their own or see storyline tropes and elements they draw a liking to.

The characters are all dynamic and well-performed, with the exception of the main girl Nora, played by Andy Allo. Her reactions are completely overexaggerated and repetitive and do not show much range, as she seems to be the only character that acts as if everything is high stakes. It is hard to tell if she is a bad actress or is just executing poor writing.

Creator Greg Daniels has written and produced quality content like “Parks and Recreation,” “The Office,” and “The Simpsons.” “Upload” is not that. The show is not something to have on as background noise and catch a laugh whenever you look up. There’s a certain sophistication to the premise of the show.

The rules of “write what you know” do not apply to futuristic content, forcing the writer to create an entirely new world and somehow make the audience understand. It has its unfunny, cheesy, challenging moments, but above all, it is innovative and interesting. With only thirty minute episodes, it is quick to catch your attention and easy to binge. Taking a look into our very probable future and already seeing its “glitches” and outcome is scary, but positively thrilling.