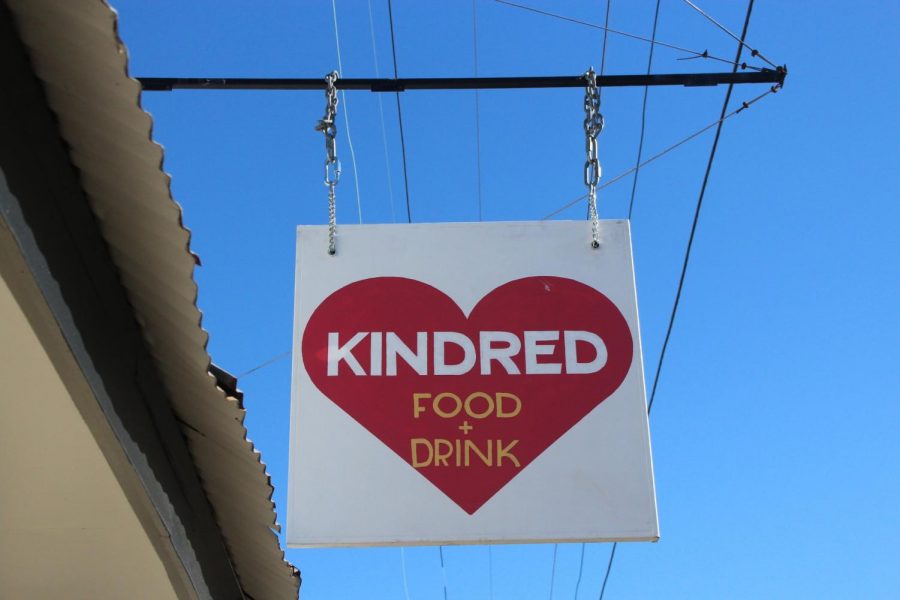 After Louisiana entered Phase One of reopening its economy last weekend, local restaurant owners such as Caroline Nassrah, A’06, and Aimée Herrmann, who own the vegan dining spot Kindred, are practicing new ways of keeping their businesses afloat while keeping their staff and their customers safe.

The recently opened vegan spot on Maple Street remained open for takeout and delivery options up until May 15, when relaxed restrictions statewide allowed Kindred to open up its dining room to guests for the first time in nearly two months.

The dining room, which is now down to five tables spread 10 feet apart, seats 15 people at full capacity. Seats at Kindred’s bar have been removed to discourage heavy congregation, but the watering hole served plenty of drinks during the first weekend of reopening.

“We had to make sure our bar was stocked and ready to go because we’re able to serve our mixed drinks again. We got to mix up some of our daiquiris. We’re doing about half the flavors that we did before, just kind of easing back into it, and we actually sold out of two of the flavors in the first night,” Herrmann said.

Louisiana guidelines require restaurant guests to wear masks or other face coverings into the building, removing them only to eat and cleansing their hands with store-provided sanitizer.

In between seating guests, Kindred wipes down the furniture, utensils and other frequently contacted surfaces with a sanitizer and bleach solution in addition to trashing single-use menus and disposable containers.

Kindred’s staff, which is temporarily halved, supported the restaurant between mid-March and early May by partnering with delivery service DoorDash, offering takeout, opening at the same time each day, which has paused brunch service on weekends, and accommodating customers with reduced pricing through specials.

To bridge the gaps in staffing during partial closure, Herrmann began putting in around 60 hours a-week, and she said Nassrah is working even more than that. They alternate responsibilities with front-of-house and back-of-house service, and they also cook, depending on the demand for lunch or dinner service during the six-day work week.

Through that first dine-in weekend of May 16, Kindred served about 10 guests total, whom Herrmann said have complied with the new rules without complaints.

Kindred shares a block with three bars that host Uptown college nightlife as well as several other neighborhood restaurants further up the street, and Herrmann said that she hopes those neighboring spots can reopen once safety has been established.

“I also know that that’s a big part of New Orleans and that community is a huge part of who we are. And we have a lot of bars on our street, and I think seeing that traffic return and seeing all of our regulars wandering back around on Maple Street will be really good for us and really good for the community,” Herrmann said.