Editorial: Housing cancellations are painful, but there were no good options 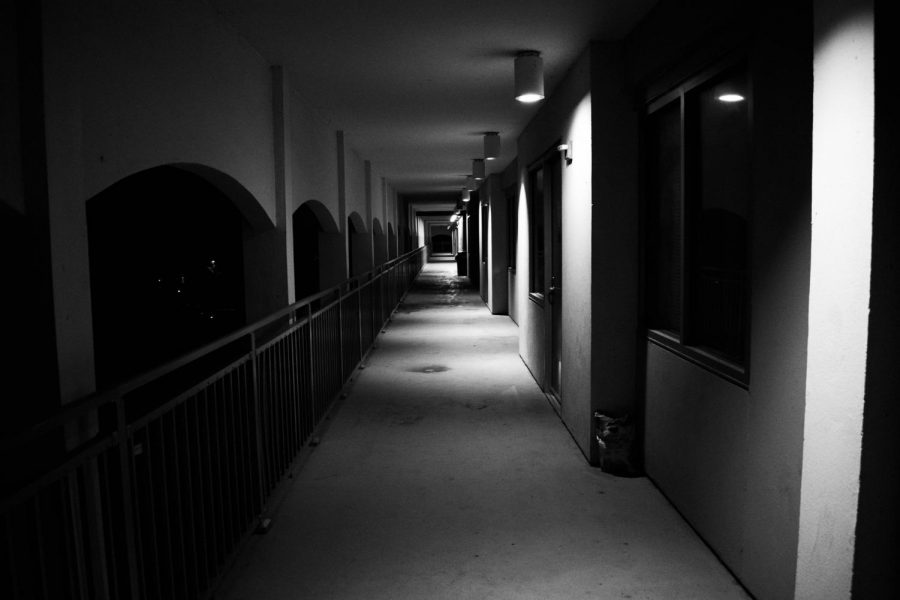 A hallway outside Cabra Hall on Loyola's Broadway campus sits empty in October 2019. Due to the rise of COVID-19, Loyola removed upperclassmen from on-campus housing for fall 2020, leading to frustration and concern among students. Photo credit: Michael Bauer

Many students were left scrambling to find a place to live following Loyola’s May 21 announcement that most on-campus housing arrangements for upperclassmen and grad students would be cancelled. More than a third of on-campus housing slots have been removed in an effort to reduce density in residence halls and promote social distancing. This sudden announcement has caused a great deal of anger, fear, and uncertainty among all of us who have been affected, and to be honest, it feels like a big middle finger to those of us who are now frantically searching for a place to live.

We thought our plans were set in stone, but then they were thrown out the window without warning. In the past few days, students have pointed out many problems they now face or expect to face as a result of this change. Many of us are concerned about the feasibility of finding housing when we are unable to visit properties in person. Others are concerned about the timing of their housing search, as many leases start June 1, leaving them with only about a week and a half to make a deal. Still others worry that their cost of living will increase, as they now have to worry not only about rent, but also about utilities, furniture, transportation, and other costs. Some who rely on scholarships and financial aid to pay for housing are anxiously awaiting word on whether or not they will be able to apply that aid to off-campus housing. Students who are graduating in December are at a loss for what to do, many being unable to afford a year-long lease when they plan on leaving the city after graduation.

Others are concerned that cancelling on-campus housing may not have been the right decision at all. Some have pointed out that living off-campus will force them to use public transportation to get to school every day, potentially exposing them to a great many more people than they would be around on a daily basis if they lived on campus. A vocal portion of the student body has even argued that the harm that these housing cancellations will do to vulnerable students will outweigh the potential public health benefits of decreasing the density of dorms.
All of these concerns are entirely valid and extremely important, and Loyola needs to address them as soon as they possibly can. At the same time, however, it’s important for us to keep in mind that there were no good options here. No matter what the administration did, there would be drawbacks to their decision. This is simply the reality of our current situation. There’s no good way to handle campus housing in the middle of a pandemic, only varying degrees of bad.

Ultimately, we have to trust our leaders. President Tania Tetlow has only been in charge here for a short time, but in that period, her administration has already overcome challenges that many deemed insurmountable. They have shown an ability to make wise, informed decisions when faced with tough choices. They’ve confronted problem after problem and haven’t let us down yet. If anyone is qualified to make these decisions, it’s them. None of that really makes us feel much better, though.

We know that they weighed every option, and they wouldn’t have done this unless they thought they had to, but they haven’t fully explained their reasoning to us. The way the announcement was made felt disrespectful and inconsiderate. The email that informed students that their housing was being cancelled was vague and confusing, leaving many recipients unsure what exactly was happening to their housing. This stunning announcement should have been delivered as compassionately as possible, but the wording of the email felt cold and impersonal: “We are unable to provide housing to most upperclassmen, graduate and law students for the 2020 academic year. You have been identified as a junior, senior, graduate or law student who was planning to live on campus in the fall.”

Also, the school made no effort to communicate this information to the rest of the student body or to affected students’ parents, many of whom were frustrated to learn about their children’s loss of housing from Facebook instead of from the school itself. This was a big enough announcement to warrant a message from the president’s office to the entire Loyola community. Everyone deserves to know that their classmates, friends, or kids no longer know where they will live when classes return to St. Charles Avenue.

We have burning questions that need to be answered. Our concerns need to be acknowledged. We need to feel heard. We know that it’s impossible to know what the future holds, but Loyola needs to continue to make every effort to be as transparent as possible with their students. We know they’re working hard, but they need to communicate better.

Many of us are frustrated and upset with this announcement, and we have every right to be. We also need to keep questioning and being critical of the decisions that the school administration makes regarding our lives. But at the end of the day, we have to remember that Loyola has our best interests at heart, and we have to trust that they will make the best decisions they can.