Letter: As Loyola’s police chief, I am angered by the killing of George Floyd 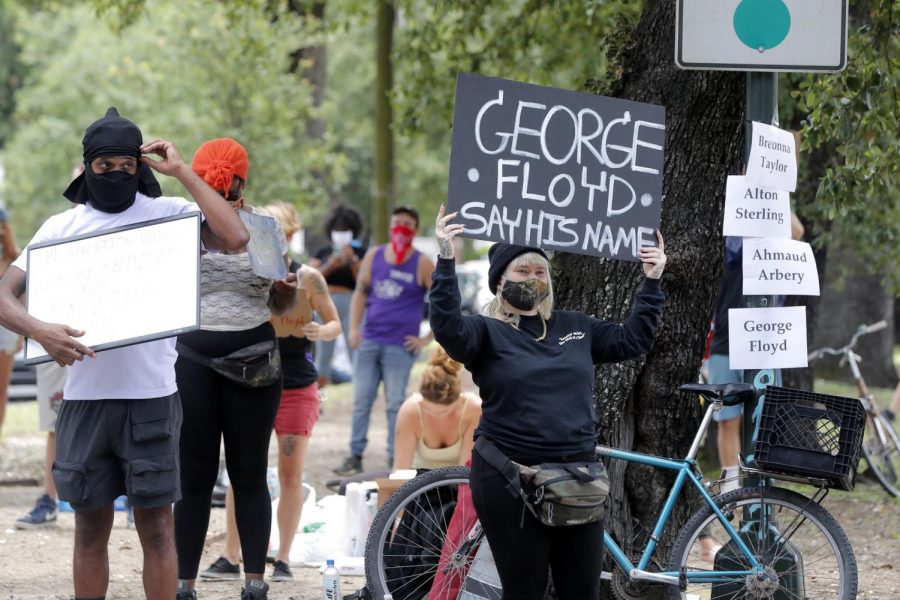 People protest the death of George Floyd, a handcuffed black man who died in the custody of the police in Minneapolis, at a rally on a street corner in New Orleans, Friday, May 29, 2020. (AP Photo/Gerald Herbert) Photo credit: Associated Press

I’ve been a proud law enforcement officer for 28 years— a beat cop for six years, an internal affairs investigator for four and a police chief/executive for 18. During all that time, I can honestly say that I haven’t had a single moment when I wasn’t proud to be a cop: I bleed blue.

I have always believed that God called me to serve in this profession and I have tried to conduct myself accordingly. I think I can say that the majority of the officers I have been associated with feel the same way.

As I watched the video of George Floyd being killed by a Minneapolis officer, I literally felt a wave of nausea overcome me and I didn’t feel proud.

I am saddened and ashamed that someone wearing a badge could treat another human being so callously and that three other officers would allow him to do it.

I am angry that these types of officers continue to tear down the legitimacy and relationships that the rest of us work so hard to build with the communities we serve. Not to mention placing us all (police and society) in much more danger.

I am frustrated that my profession could allow even one such officer to exist.

We are supposed to be the guardians of our communities. By definition a guardian is a “keeper or protector who looks after the welfare of other people or their property.” Plato said that, in “a republic that honors the core of democracy—the greatest amount of power is given to those called the Guardians. Only those with the most impeccable character are chosen to bear the responsibility of protecting the democracy. It does not matter if the cobblers and the masons fail to do their jobs well, but if the Guardians fail, the democracy will crumble.”

Although I will never condone civil disobedience or a violent response, I can for the first time understand why there are these widespread protests occurring. I must also stop avoiding and denying the fact that race plays a part in incidents such as this.

All I can think to say at this point is, I am sorry, and that we need to get to a place where black lives really do matter.