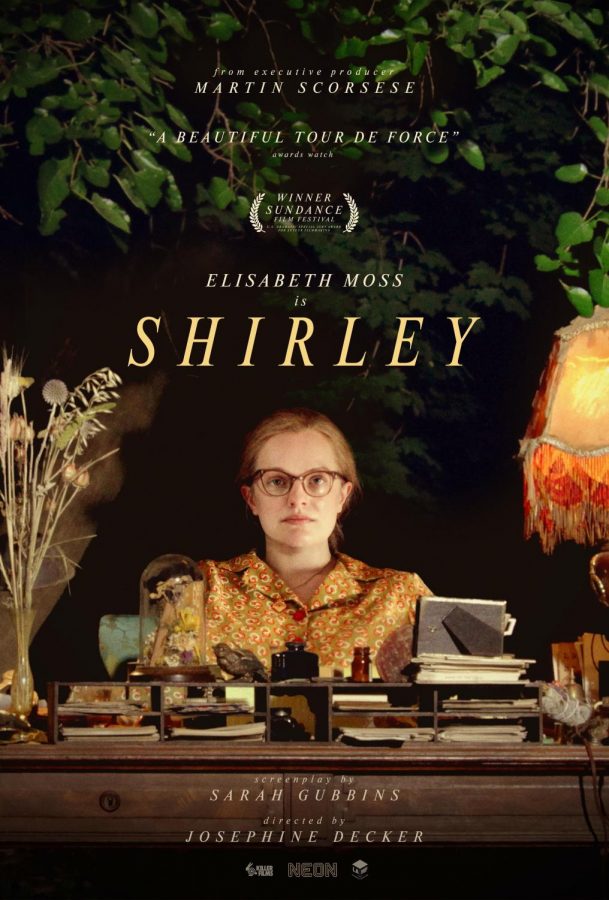 It’s the first weekend of June, and streaming services have you covered to help you avoid boredom. Here are the films and TV shows streaming this week.

Fresh off her latest film “The Invisible Man,” Elisabeth Moss adds another great performance in Josephine Decker’s gothic drama “Shirley.” She plays the titular horror writer, who deals with newlyweds staying in her house. A loosely biographical tale, it first gained attention as one of the finest films out of Sundance Film Festival earlier this year.

The 2019 American space drama stars Brad Pitt as an astronaut who ventures into space to search for his long lost father, played by Donald Sutherland.

Queen of the South: Season 4 (Netflix)

One of the best comedy talk shows from Netflix has a new episode. Hasan Minhaj delivers another informative treatise on the decline of the local news industry.

From Paris with Love (Hulu)

The 2010 action film from “Taken” director Pierre Morel stars Jonathan Rhys Meyers as a low-level employee working for the State Department. In Paris, he teams up with an unorthodox American spy, played by John Travolta, and try to stop a terrorist attack in the city.

Before I Fall (Netflix)

Released last year, the brilliantly made French-Israeli drama film from Nadav Lapid makes its streaming debut on the Criterion Channel. It centers on a young Israeli man, played by Tom Mercier, who yearns to become French with the aid of his Franco-Israeli dictionary.

The 2012 American crime drama from writer and director Harmony Korine has been heralded as a cult classic. It stars Vanessa Hudgens, Selena Gomez, Ashley Benson, and Rachel Korine as four college-aged girls on a spring break in Florida. They meet an eccentric drug dealer, played by Dave Franco, who initiates them into a life of crime.

Tyler Perry’s The Haves and the Have Nots: Complete Season 7 (Hulu)

The second season of the ground-breaking drama series from co-creator Ryan Murphy of “Glee” and “American Horror Story” fame is now on Netflix. Set in 1990, it features an eclectic cast of characters, who deal with the AIDS pandemic as well as the underground dance culture going mainstream.