Tetlow addresses the university’s plans to be diverse and inclusive 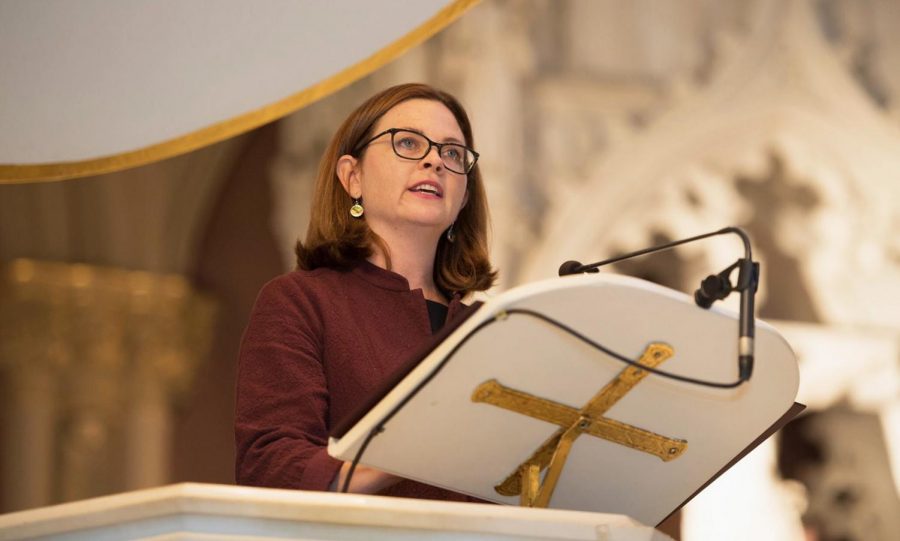 President Tania Tetlow addressed plans to increase Loyola’s diversity and inclusion, in an email sent out to students.

Tetlow said she’s working with the Student Government Association to find virtual ways for students to express their emotions regarding the recent events.

“We watch protests around the country with anxious prayers — for progress, for peace, for justice,” Tetlow said. “This is a frustrating time to attempt to come together physically as a community.”

According to Tetlow, students will also have the opportunity to engage in conversations with the national president of civil rights organization Urban League Marc Morial tomorrow at 2:30 p.m.

On campus, Tetlow said the university will continue to mandate diversity and inclusion training for faculty members and offer an additional four-week program on “Teaching and Learning in a Diverse Classroom.”

Incoming first years will also have to complete the training which she believes “sets the stage” for future lessons Loyola will teach.

“Our intention is not to make anyone feel judged or excluded by those messages, as some inevitably do; it is to set the tone of what our faith and our values demand of us, of what we expect of Loyola students,” Tetlow said.

Tetlow said the university’s main priority is to provide student’s educational opportunities through financial aid and scholarships and cited that the university has kept their tuition much lower than neighboring schools.

Through success coaching, early warning systems, which help the university reach students in need, and the hands-on effort from faculty, Tetlow said the university has “almost closed the opportunity gap in retention.”

“We have made great efforts at improving retention, particularly among students of color and first-generation students,” she said.

According to Tetlow, the university is in the final round of interviews for the chief of equity and inclusion officer which will replace Dr. Symbol Anderson.

Tetlow esteemed Anderson for her creation of Loyola’s Strategic Plan for Inclusive Excellence which she said strengthened and diversified Loyola faculty, courses and values.

“I can’t imagine we will ever fill the shoes of the extraordinary Dr. Sybol Anderson, but we have a remarkable group of finalists,” she said.