ASU nixes Sonya Duhé as next journalism dean amid allegations of racism, insensitivity 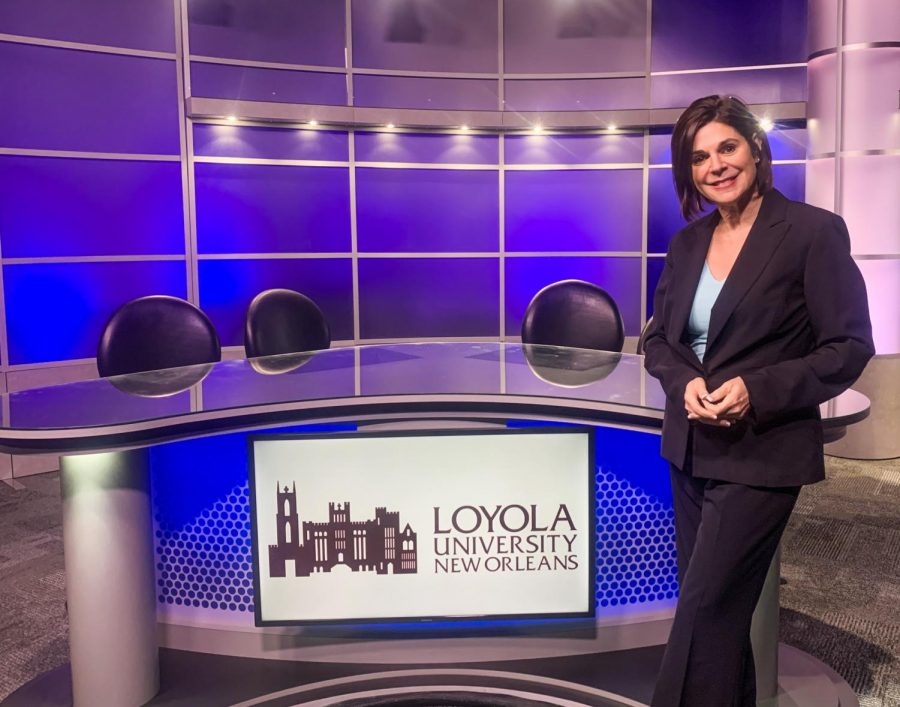 Sonya Duhé poses in front of the anchor desk in Studio A at Loyola in early 2020. Duhé is suing Loyola University New Orleans, where she taught for more than a decade, claiming the school violated her contract by not welcoming her back as a member of its faculty after Arizona State University nixed her as its next journalism dean amid allegations of racism back in June.

Sonya Duhé, outgoing Loyola journalism director, will not be the next journalism dean at Arizona State University after allegations of racist and insensitive conduct by Duhé during her time at Loyola surfaced last week, sparking an investigation by ASU as well as concerns among ASU students and faculty.

“We had high confidence we had selected the right person for the position.  Subsequently, issues and concerns have arisen and additional information has come to light.  I now find that the future of the Walter Cronkite School of Journalism and Mass Communication and our public television station will be better served by not advancing with Dr. Duhé as their leader,” ASU provost Mark Searle said in a statement to university faculty.

Searle said the university will appoint an interim dean in the next week.

The decision comes after reporting by The Maroon and the State Press at ASU uncovered allegations by more than a dozen former and current Loyola students of racist and insensitive conduct by Duhé, who worked at Loyola from 2009 through 2020. Two former students, both black women, told The Maroon they filed racial bias reports with human resources regarding Duhé’s conduct in 2014 and 2019.

ASU representative Katie Paquet said the university was unaware of past racial bias complaints filed against Duhé, who is white, during the hiring process.

In response to the allegations, a group of ASU student journalist organizations circulated a petition on social media calling for ASU to remove Duhé as the incoming dean of the Walter Cronkite School of Journalism and Mass Communication. The petition has since garnered over 3,000 signatures.

Cronkite faculty members also sent a letter to ASU president Michael Crow on June 6, calling for a meeting with the university head and voicing concern over the allegations as well as what the letter described as “erratic behavior and denigrating comments” during her interactions with members of the ASU community and faculty.

The letter, obtained by The Maroon from a faculty member at Cronkite, was signed by more than two dozen members of the Cronkite faculty and noted that attendees at a recent virtual meeting regarding ASU’s on-campus PBS station felt “denigrated” by Duhé.

The public conversation about Duhé’s conduct with students of color was sparked after Whitney Woods, A’15, took to Twitter on June 2 in response to a now-deleted tweet by Duhé that read, “For the family of George Floyd, the good police officers who keep us safe, my students, faculty and staff. Praying for peace this #BlackOutTuesday.”

In response to the post, Woods criticized the former director for what she said was racist behavior, focused on her appearance as a black woman and her natural hair, by Duhé during her time at Loyola.

Woods said it has been a whirlwind watching her initial tweet grow into a platform for students.

“Words can’t even begin to describe how I’m feeling. The real victory here is that people finally had a space to speak their truth and to finally feel like that truth was heard. What the ASU faculty and staff did is what we wish Loyola faculty and staff did while we were in school. I hope the ASU students are empowered in knowing that their voices made change,” Woods said.