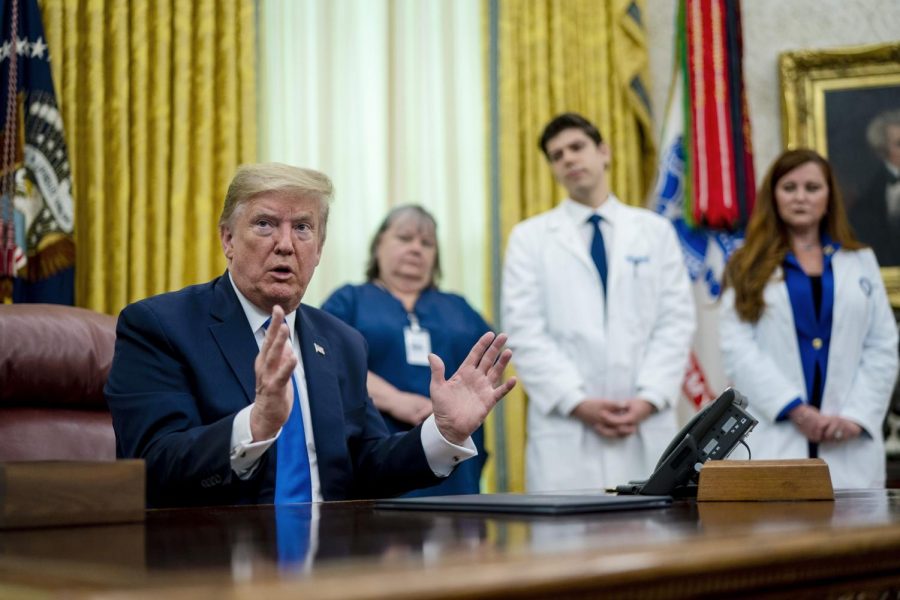 As a 13-year-old girl hospitalized for appendicitis, Sophia Thomas, A’17, felt vulnerable. She had to stay in a hospital alone for a week, away from her parents, depending solely on the care of nurses.

That was when she decided to devote her life to working in health care.

Since then,Thomas has earned a doctorate in nursing from Loyola, served as president of the American Association of Nurse Practitioners and has devoted 24 years to being a nurse practitioner.

“I have a passion for caring for people who are considered to be medically underserved or those less fortunate,” Thomas said.

In the age of COVID-19, Thomas’ patients at DePaul Community Health Centers in New Orleans have had a similar experience to her 13-year-old self.

“It’s very hard for many of our patients when we say the patient that has COVID needs to be isolated,” Thomas said.

Maria Gonzalez A’09, a hospitalist at medical center in Houston said she not only has to treat patients but also reach out to their families and “find ways to ease their anxiety.”

“Whenever I see someone in fear or distress, I remind them that God is present even through their dark moments, even though we don’t understand this virus, that God is there,” Gonzalez said.

Thomas said many of her patients have struggled to self-isolate because they don’t have many rooms in their house and have “a lack of understanding about proper infection control.”

A large percentage of Thomas’ patients are uninsured or on Medicaid in addition to being immunocompromised from health factors like high blood pressure, diabetes, kidney failure or heart disease, which put them in a higher risk group.

Louisiana was identified as having one of the highest death rates in the country, which has been attribute to the state’s higher-than-average population of people with underlying health conditions.

Thomas said this, in part, inspired her medical center to provide tele-health, the distribution of health-related services electronically or via phone call, which has contributed to less in-clinic patients.

“Patients are afraid to get out because they’re afraid they are going to catch COVID but the other thing is we are trying to provide telehealth services for as many people as we can so they don’t have to get out,” Thomas said.

Along with Thomas’ work in New Orleans, her role as the American Association of Nurse Practitioners president brought her to the White House on National Nurse Day.

“We had long conversations about everything related to COVID-19: tele-health, testing, PPE, health disparities, all issues that are important to nurse practitioners,” Thomas said.

After reporting that she has noticed sporadic shortages of personal protective equipment across the country and she has been reusing the same respirator mask for weeks, Thomas was contradicted by President Trump, who said, “it’s not sporadic for a lot of other people.”

“I think the president was a bit surprised at hearing that,” Thomas said. “I’m sure I caught him off guard.”

According to Thomas, the usual practice of disposing of PPE after a single use has been adjusted to longer periods of time due to shortages throughout the country.

“The normal supply chains that healthcare providers use aren’t there anymore and additionally, the rest of the American public, they’re all looking for masks,” Thomas said. “It’s not an ideal situation, but it’s what everyone is having to deal with right now.”

Gonzalez said that her medical gear has made her long, demanding shifts even more tedious.

“We have to wear a gown, wear gloves, wear a face mask, a shield. So you are sweating, you can’t even hear the patients, it’s difficult to examine them and then you have to take everything off,” she said.

Even though Gonzalez wears heavy protective gear on duty, she’s afraid to spread the virus during regular activities such as shopping for groceries. Since early February, Gonzalez hasn’t physically been in the same room as her mom, who is immunocompromised from a history of heart failure as well as her age, despite being in the same house.

“I haven’t been able to really spend time with her and the way we communicate is through her window so I’ll sit down and she’ll be in her window and we’ll talk that way,” Gonzalez said.

Working through the unknown has caused Gonzales to fall back on faith and the Jesuit principles she adopted at Loyola.

“One of the reasons I love Loyola so much is because it taught me about the Jesuit principles and that you see God everywhere, how to pray and compensate,” Gonzalez said.

“My education and my time at Loyola has really just expanded my horizon and I’m so appreciative for the education I received and the dedication of my faculty,” Thomas said.

The Associated Press contributed to this report