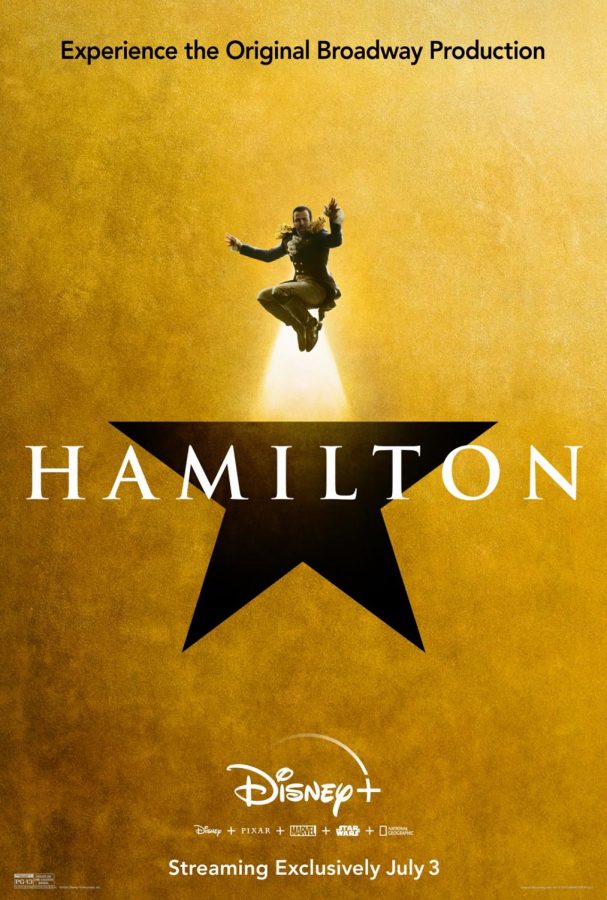 The musical “Hamilton” first premiered on Broadway in 2015 to mass acclaim. Lin-Manuel Miranda’s show was praised for its diverse cast and modern soundtrack, and it brought home 11 Tony Awards. It has become one of the most popular shows on Broadway, but tickets are scarce and extremely expensive. Moreover, no one has been able to see musicals, with the COVID-19 pandemic causing theaters to close since March.

When Disney+ announced they would release a live recording of “Hamilton” as a musical film, it felt like a dream come true for theater fans everywhere. For the first time, Broadway felt accessible to people everywhere, and it has sparked a conversation of having more shows be filmed so they can be enjoyed by a wider audience.

The question is, though, how does “Hamilton” hold up now, five years after the initial release?

A lot of it has aged well. The music, for the most part, is just as electric as when it was first released. There are subtle hints in the music that help develop the characters even more.

For example, Eliza is the only character in the musical that does not rap, which reinforces the character’s motivation to take more time and not rush. At the end of “Say No to This,” Hamilton sings “Nobody needs to know,” which is followed by some violin, which is a direct reference to “The Last Five Years,” a musical that follows a couple that divorces after an affair. The only song that did not meet any expectations was “Hurricane,” which is a forgettable song that feels more like filler than anything else.

The cast was remarkable.

Phillipa Soo gave a heartbreaking performance as Eliza Hamilton, while Jonathan Groff was hilarious as King George III. There was also Ariana DeBose, an ensemble member who stood out as the harbinger of death. She carried the bullet that ultimately killed Hamilton, but she also showed up when Philip died and during a few other scenes. However, no one stood out quite as much as Daveed Diggs. Playing Marquis de Lafayette in Act One and Thomas Jefferson in Act Two, he stole every scene he was in. He has strong charisma on stage that made it hard to dislike Jefferson’s character.

The largest issue with the show is that it romanticizes some historical figures who were pretty terrible.

Thomas Jefferson was a slave owner, and the closest thing the show does to addressing it is a throwaway comment about Sally Hemings and a little jab in “Cabinet Battle #1.” Although the show has been advertised in the past as a biography of Alexander Hamilton, it feels more accurate to describe it as a piece of fiction that was influenced by the real-life Hamilton. These characters are fictional versions of the real people. It is important to make that distinction when sitting down to watch the show.

Ultimately, “Hamilton” is beautiful. It is a work of art that has opened the door for people of color in theater, and is being used to support modern day revolutions. The music is extremely well done, the actors put all they have and more into their performances, and there will definitely be tears shed by the end of the show. It is two and a half hours, but it is worth every minute.