Column: I got engaged during a pandemic 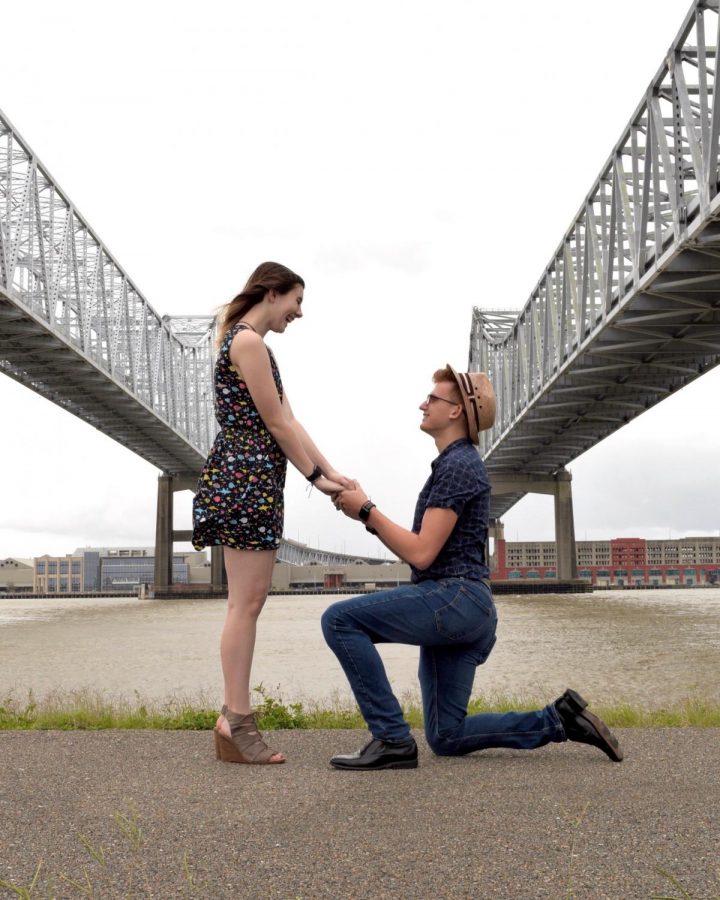 ‘Going the Social Distance’ is a series by Loyola students, for Loyola students about the triumphs and terrors of trying, or not trying, to maintain a social life during a pandemic.

I got together with my now-fiancée in early February. Little did we know then that we would quickly be separated in our young, budding relationship a little over a month later by COVID-19.

When our schools shut down, Tatum went to Bossier City in north Louisiana, while I went back to the West Bank here in New Orleans. It’s not far, but for a couple that would be getting engaged in a few months, it felt like we were light-years away.

We didn’t see each other in person for months. Like the nerds we are, we played video games together, made a friend group online, fell asleep on FaceTime calls with one another, but mostly just tried to make it feel like we weren’t so far apart.

Thankfully, in mid-May, Tatum came back down to tour the new house that she’d be renting out with her friends for the school year. When she got out of her car after arriving, we shared a picturesque hug and kiss. Although she got in at night, it felt like she lit up my life.

I spent the weekend with Tatum and her mom to get the most out of every moment we had. And then, as soon as she came, she was gone.

At the end of the month, she came back down again, but this time she was coming to stay. We moved all of her stuff into her new house and it felt like we were living together as a married couple. So naturally, we started to joke around about getting engaged.

But not so jokingly, we decided that we actually did want to spend the rest of our lives together. So, phone calls went out to family and friends. I was thankful enough to have my mom give me the engagement rings. Since we plan on being engaged until 2022 (the year we graduate), we decided I’d wear a ring too.

“Should we post on social media about this? Is it disrespectful to the situation? Is it okay to invite a couple friends? What if the storms hits us before we can do it?”

We wanted to make it happen, though. I invited a couple of my best friends from high school to come see it happen and take some pictures (don’t worry, we were socially distancing and we all wore masks). Since we couldn’t get the ideal spot we planned on, and the rain was rolling in, we made the quick decision to get it done in the best place we could come up with.

So, with grey clouds in the sky, a few drops of water on my shirt and my friends in masks, I proposed to the love of my life.

I can’t quite say we lived happily ever after yet, but I can tell you that the past three months being engaged with Tatum have been the best three months of my life. 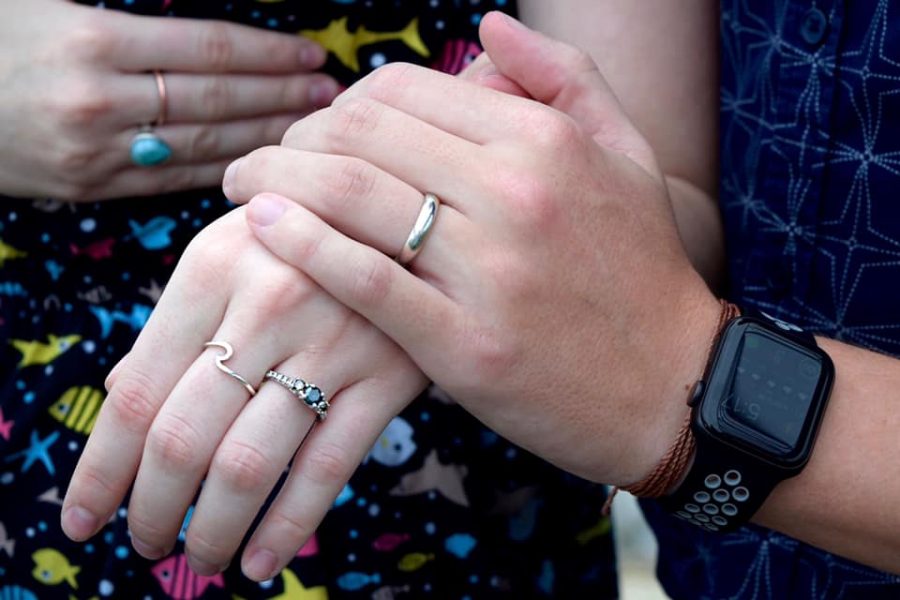