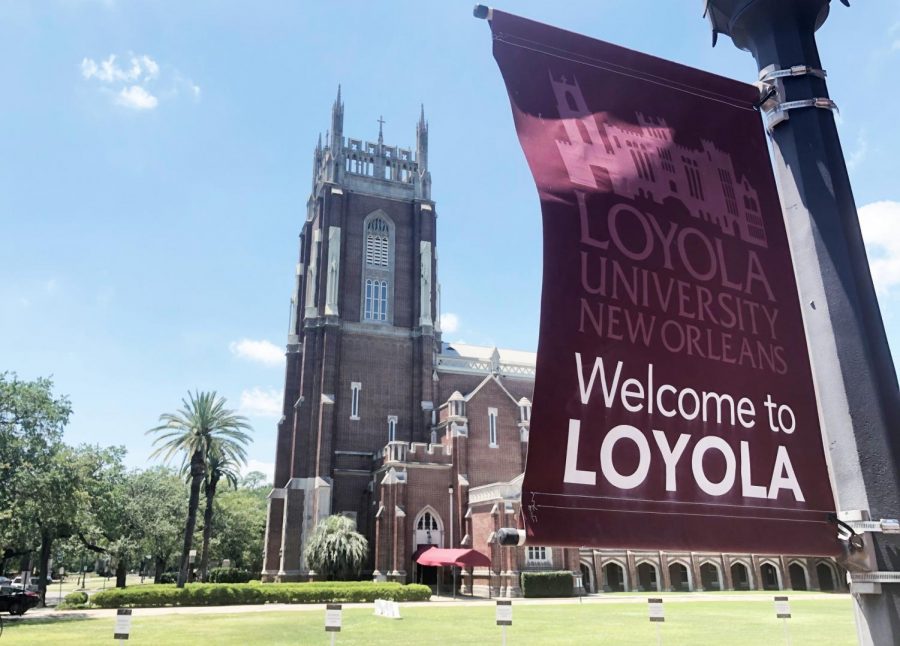 Loyola Provost Tanuja Singh announced that students will have access to a pass/fail grading option for the spring 2021 semester. Singh also announced plans for a permeant pass/fail option beginning in fall 2021. File photo.

Loyola’s finances and the size of its student body have remained stable despite the effects of COVID-19 and the university’s lack of a balanced budget, according to university data.

The university’s nearly 5,000 students started up classes Aug. 24, some attending class in-person, some online. With about 80% of previously enrolled students returning, enrollment numbers are slightly down from last year and the university lacks a balanced budget, according to Sarah Kelly, Senior Vice President for Enrollment, Marketing and Student Affairs.

There are 781 students in the incoming freshman class, according to Kelly, which comes up slightly short compared to last year’s incoming class of 822.

“I am calling that about as big of a win as we could have hoped for,” Kelly said.

Of the incoming class, 54% of students are people of color, 37% are Pell Grant eligible and one-third of the class is made up of first-generation college students, according to Kelly.

Kelly said she and her team are also proud of this year’s retention rate; 83% of students enrolled in last year’s freshman class have returned to Loyola as sophomores.

Loyola’s law school enrollment is also at a record high, with more than 200 incoming law students, according to Kelly.

While Loyola came close to last year’s enrollment numbers, on-campus housing has led to a loss of revenue. The university decided to cut on-campus beds from around 1,500 to under 1,000 in order to minimize students’ risk to exposure of COVID-19 in residence halls.

But despite revenue losses, Kelly said Loyola’s previous time on financial probation helped prepare the university for financial difficulties such as COVID-19.

“When it comes time to plan for the worst, we were already really good at doing that, so we feel highly stable,” Kelly said.

Kelly said Loyola has a large endowment, funds gifted to the university by donors, but the university’s goal is to avoid using that money and, instead, live within its means.

Loyola also set up a fund after the university went online in March to help support students whose economic situations may have been changed by the pandemic.

“We knew that we had to take care of our students and set aside funds to do that for students who found the rugs pulled out from under them,” Kelly said.

But the university is still hoping for more government assistance to help stabilize its own finances.

Loyola received nearly $3 million from the federal CARES Act and dispersed half of it to students. Loyola projected its losses for the school year in May to be more than $3 million, and Kelly said additional funding would help.

While students have complained that tuition has increased despite a mostly online school year, prompting the start of a petition to lower the cost, the tuition increase was scheduled prior to COVID-19 and Kelly said the university has not decreased student fees due to the university having both on-campus and online learning.

“You are still supporting everything,” Kelly said. “Most of it has pivoted to online.”

When campus closed earlier this year, Kelly said the university had to furlough close to 80 employees in early June. However, she said everybody was back Aug.1. Administration has taken a permanent pay cut of 10%, according to Kelly.

Editor’s note: This story was updated at 11:56 a.m. A previous version of the story, that also ran in the print edition of The Maroon, incorrectly stated that faculty and staff, not administration specifically, took a 10% pay cut due to COVID-19. This story has been updated to amend that error.