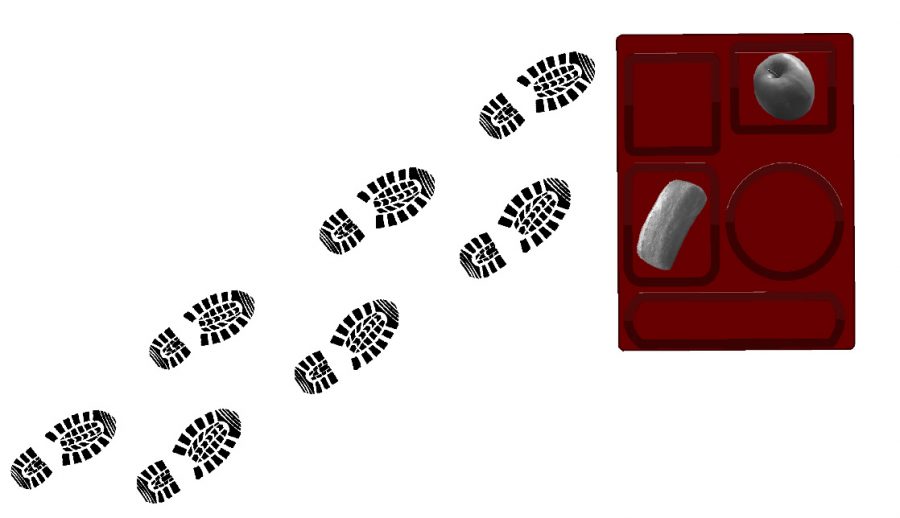 Kevin was shocked when he received his first Loyola provided meal during quarantine the morning after his suitemate, friend and fellow student-athlete tested positive for COVID-19.

At least six members of Wolf Pack athletics were quarantined in Loyola residence halls from Aug. 17 through Aug. 30., after one of their teammates tested positive for COVID-19. None of the athletes have tested positive after coming into contact with their teammate, and none were asked about food allergies or dietary restrictions before meal service began, although Loyola said it has since changed its policy to ensure that dietary restrictions are clear when a student goes into isolation or quarantine.

Loyola administrators declined to be interviewed or answer specific questions about protocol for students in quarantine, but instead provided The Maroon an official statement.

“Our students are our top priority and we are working hard to keep them comfortable, safe and well fed while in quarantine or isolation,” the university statement said.

Some of the athletes said that Loyola’s quarantine meal service left them feeling neglected by the university they compete for. They said that while in quarantine they watched their daily calorie intakes fall off.

As college athletes used to running eight to 15 miles a day, the quarantined students said that, under normal circumstances, they eat between 4,000 and 5,000 calories. While in quarantine, they said that they consumed about 1,200 calories a day. Students like Kevin who were given food that they couldn’t eat, consumed even fewer calories.

Kevin and Chris also received cups of microwavable oatmeal and dinners which were meant to be reheated when they didn’t have access to a microwave, cutting down their daily calorie intake even more. They requested a microwave before the first week of classes began and received it on Aug. 24, after they had already been in quarantine for six days.

“Off the bat, that just seems completely unethical for a school to be providing them,” said Emily Van Eck, a New Orleans based dietitian and nutritional consultant. “Those poor kids, that sounds like prison. Which, this would also be completely unacceptable for someone in prison.”

In addition to small portions and microwave issues, some athletes found the timing of their meal deliveries concerning.

Kevin and Chris were told Tuesday, Aug. 18, the first day of their quarantine, that food would arrive to their door every day at 11 a.m. Since then, however, they said their lunches and dinners have arrived after 1 p.m. on some days.

Another team member, Alexis, whose name has also been changed, said that on her first day of quarantine, her first and only food delivery arrived after 3 p.m.

“Timing is really important,” said Van Eck. “Not eating until 1 o’clock is really hard on the body and the mind.”

She said the athletes’ daily drop in calories is a giant red flag for their health and safety. Van Eck said 4,000 to 5,000 calories a day is adequate for their sport and that fuel for college athletes is critical.

“Also, college athletes are extremely prone to develop eating disorders and those can be triggered simply by being underfed,” Van Eck. “That environment of not having enough food can very easily trigger feelings of deprivation and lots of anxiety around food for a group that’s already vulnerable.”

In a statement to The Maroon, Loyola administrators said the school is focused on adequately feeding students in quarantine.

“We plan to ensure that those in quarantine or isolation are eating well and receiving the nutrition they need,” the statement said. “We are grateful to our students for letting us know their needs and where we can improve and for working with us in patience and cooperation.”

“Two weeks in quarantine or isolation, particularly when sick or suffering, is not enjoyable and can bring loneliness and great challenge. It’s important to remember that in everything we do that we continue to care for one another by wearing masks and social distancing. We are all in this together,” the statement said.

Kevin and Chris said they get one to two bottles of water a day, while, according to the National Academy of Medicine, adults should consume at least 120 ounces of water daily, which is equivalent to more than seven bottles of water. Luckily, the roommates have a Brita filter and have been able to drink more than just the university-provided water.

Alexis, who doesn’t have a roommate and was quarantined alone, said the lack of food and water was hard, but her biggest struggle with being in quarantine was being by herself.

“Yeah, FaceTime is a thing, or whatever, but it’s not the same,” she said.

As someone with anxiety and minor depression, Kevin said not being able to run took a mental toll on him. He said that now that he’s out of quarantine he plans to spend as much time outside as he can.

“I’m used to going outside, going for a jog to collect myself,” Kevin said.

All of the quarantined athletes were relieved of quarantine Aug. 31. The university is not requiring that they have negative COVID-19 tests after completing quarantine.

The athletes now have to resume their season after two weeks spent in quarantine eating far fewer calories than normal, which Van Eck said will likely be a difficult transition.

“Generally when your body doesn’t receive adequate nutrition, it feels like it’s starving,” Van Eck said. “Your energy is going to drop in order to preserve yourself. I would definitely expect athletic performance to drop significantly.”