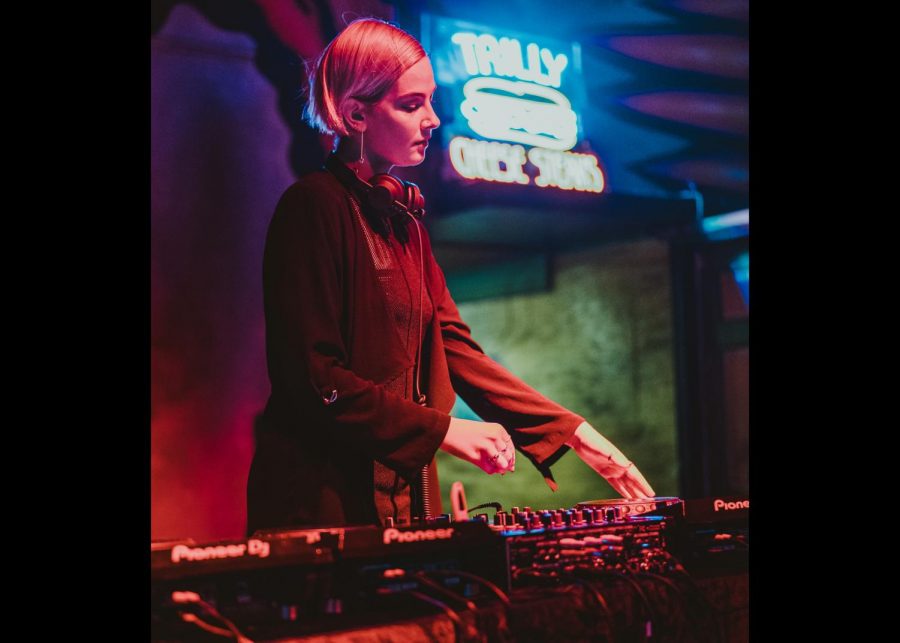 Elisabeth "Beth" Cohen is mixing music at the Banks St. Bar. Cohen, class of 2020, is building her career as DJ Lady Lavender. Courtesy of Bryce Ell.

Cohen graduated this past May with a degree in music industry and decided to put down roots and continue her professional career in the city. Cohen’s alter ego, Lady Lavender, is known for her funky, one-of-a-kind beats as well as her unmatched DJing skills.

Pre-pandemic, Cohen often performed at venues such as The Drifter Hotel, Sidney’s Saloon and Santos Bar. However, this year, Lady Lavender received her first big break after being booked for the Buku Music + Art Project, one of New Orleans hottest festivals, commonly referred to as BukuFest.

Buku was set for March 20 and 21, right as the United States began lockdown procedures in response to the growing outbreak of COVID-19. For obvious reasons, BukuFest was cancelled and with it, Cohen’s first opportunity to perform live in front of a large audience.

“It was really disappointing because we went into quarantine a week before Buku so I was upset that I was not able to do (it) before COVID started. (It) was a milestone to be booked on Buku,” said Cohen.

During the pandemic, the music industry has taken a massive hit, leaving many independent artists and musicians without proper venues for practices and performances and without the ability to obtain a steady source of income.

“It was a weird timing with graduation because once I graduated I could not really job search or do anything in my industry because there is nothing available. I feel like we are in limbo at the moment because there is no other option,” said Cohen. “Music was the first industry to be affected by COVID and I believe it will be the last industry to come back after the pandemic.”

Rather than dwell on the negatives, Cohen has taken strides to stay active and productive during this period of quarantine by working even harder and throwing herself into what she loves, her music.

Growing up, Cohen listened to the likes of Anna Lunoe, DJ Kemistry and DJ Storm, Drexciya, and Deee-Lite. Today, Cohen continues to draw on these greats for inspiration and guidance in her own budding musical career. Cohen also pulls inspiration from the Detroit techno and electronic scene as well as the Chicago house scene and more recently the New Orleans musical scene.

Cohen belongs to an artists collective consisting of five other DJs cleverly named “For the Record.”

“We try to be a staple in the dance-music community. Our core values involve supporting your community and supporting the local music scene especially the electronic scene because it’s very small but there is a lot of talent,” said Cohen about For the Record.