Tanuja Singh steps up as provost during unprecedented times 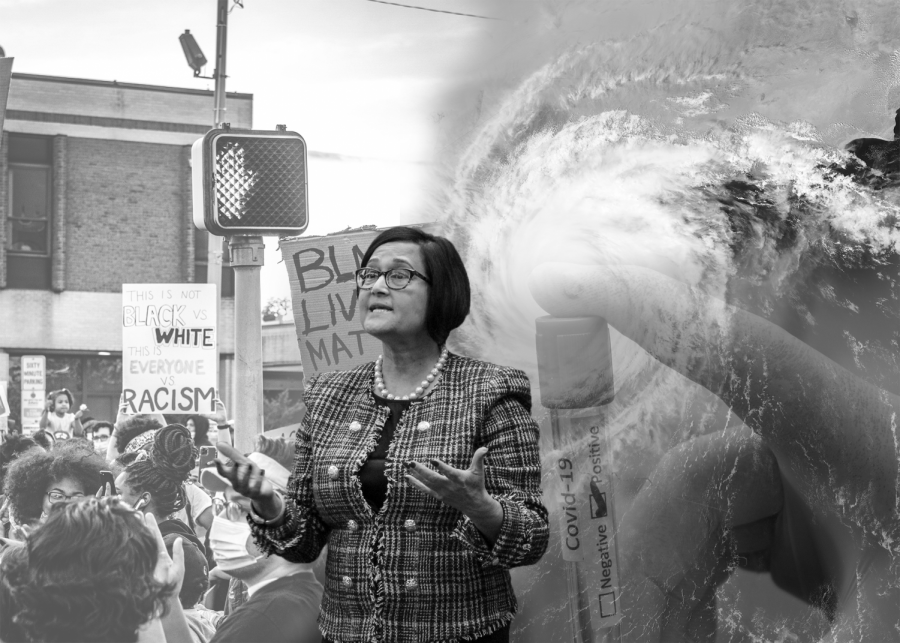 Pitted against a global pandemic, two potential hurricanes and racial bias scandals in her first month at the university, Loyola’s newly inducted Provost Tanuja Singh said she has remained focused by not losing sight of the big picture, which she defines as impacting students’ personal and professional lives.

With degrees in both physics and international marketing and experiences as both an associate professor and a faculty member, Singh left her position as Dean of the Greehey School of Business at St. Mary’s University in San Antonio, Texas, after 10 years.

Originally an academic interested in science and business, Singh’s interest in cross-disciplinary work led her to administration.

Along with learning courage from a young age, Singh said her experiences in academia has helped her “keep a centered approach to life and to challenge.”

“Being a minority and being a woman in a discipline that is very much was used to be and still is a male-dominated profession,” she said. “That part was a challenge in itself to find my voice and to be able to be who I was without compromising the essence of who I was.”

Singh said she has always been a woman who stood for what was right and said that she was a women’s rights student leader at her first university in India.

Despite an unusual beginning at Loyola, Singh said that challenges she has faced as provost have been an incentive to develop new skills and think creatively.

According to Singh, crisis management during the storms and pandemic has brought faculty together in unexpected ways and fast-tracked many of her relationships on campus.

“I guess there is a silver lining in all of this,” Singh said.

Before becoming provost in July, Singh said that she met co-workers and got acquainted with the university, which she said made her position easier when she arrived.

“While I am always learning new things and there are obviously some surprises, I feel like I know my role pretty well,” Singh said.

According to Singh, the role of provost requires “strategic and tactical leadership” for the university’s academic life. In addition to ensuring that new programs match Loyola’s mission, Singh’s work includes assigning jobs to faculty and helping University President Tania Tetlow make major decisions for the university.

Singh said her position challenges her to “look beyond the obvious” and adapt to changes in her job description.

“It has become more about looking to the future and making sure that we are preparing our students for jobs that might not even exist today,” Singh said about her role as provost.

Singh said that although her opportunity to interact on campus has been challenged by the pandemic, she still hopes to meet students when it is feasible.

“As soon as I can safely do it, my goal is to get to know our students. I am really looking forward to that,” Singh said.

After a few months in her position, Singh said that she is struck by the overall attitude and strength of the Loyola community.

“We have some of the most talented, smart, dedicated and caring people. Our faculty and staff are simply outstanding,” Singh said. “I have also learned that in spite of their accomplishments, they remain humble.”

Despite the curveballs of 2020, Singh said she is confident in Loyola’s resilience.

“All our decisions are being guided by care, compassion and commitment to something bigger than ourselves,” Singh said.