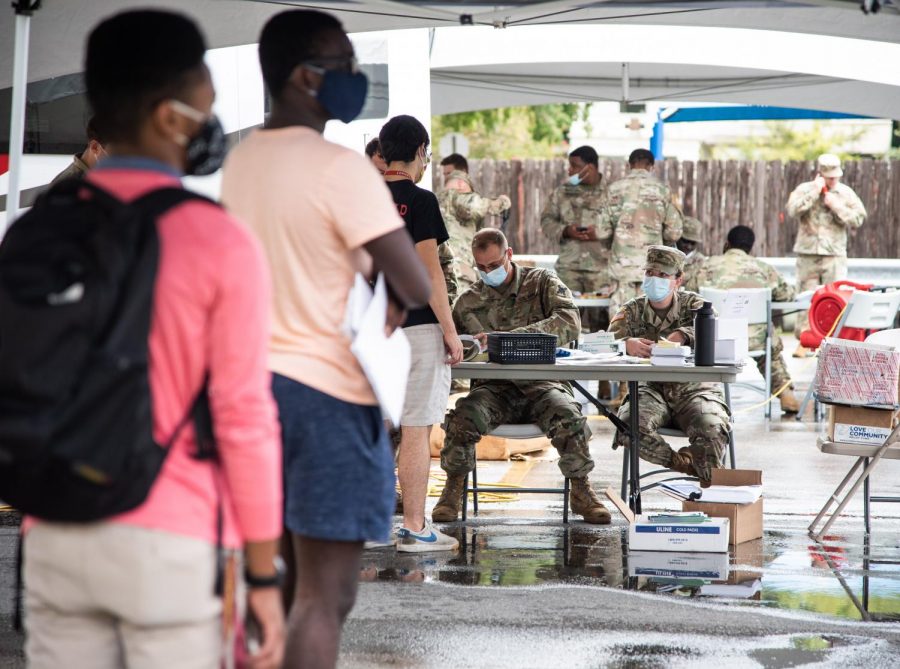 One student and one professor, out of 633 tested Loyola community members, tested positive for the virus during the voluntary COVID-19 testing held last week by the National Guard, according to an email from Loyola administration.

The outcome of the testing led to a positive COVID-19 rate of .3%, according to the email.

Tania Tetlow, university president, praised students in the email for keeping up with “necessary and often annoying” protocol.

“But before we celebrate and jinx ourselves, let’s remember that we’ve also been lucky thus far,” Tetlow said.

Without Loyola’s own medical school, access to testing is more difficult. Tetlow also said that state and local health officials have asked the university not to redirect tests away from more at risk populations in the community.

“We are a community brought together by values and by concern for each other,” Tetlow said. “Now we have direct evidence of how much that matters.”