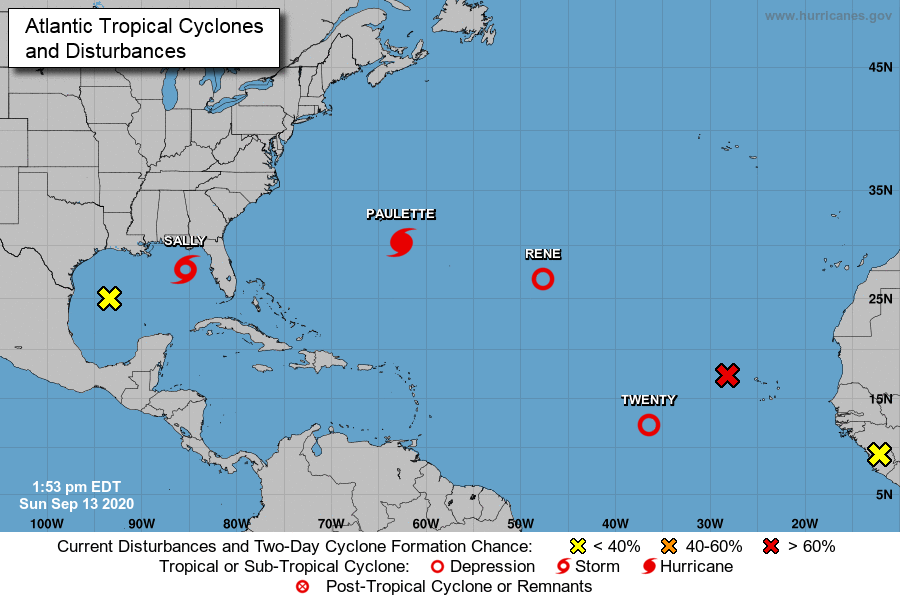 The latest projection from the National Hurricane Center shows Tropical Storm Sally, expected to become a hurricane, heading toward Louisiana. Loyola has suspended classes Tuesday in anticipation of the storm.

Loyola will operate normally until 4 p.m. Monday and classes for Tuesday are cancelled as Tropical Storm Sally, which is predicted to become a hurricane by the time it makes landfall Monday night, barrels closer to the Louisiana coast.

In a campus-wide email, University President Tania Tetlow announced that Monday classes after 4 p.m. and Tuesday classes are entirely cancelled due to the likelihood of power outages in the New Orleans area. Meal service for on-campus students will be available until 7 p.m. Monday. The university will play plans for Wednesday by ear based on the effects of the storm, according to the email.

A shelter-in-place order will begin on campus Monday evening and the New Orleans area is under a flash flood watch and hurricane warning. The city is expected to feel the strongest effects of the storm Monday night into Tuesday morning.

Students should be monitoring their university emails for Loyola updates and can sign up for NOLA Ready text notifications for citywide announcements.

“2020 is proving to be a truly extraordinary and ridiculous year, but it continues to prove how strong we all are together,” Tetlow said in the email.