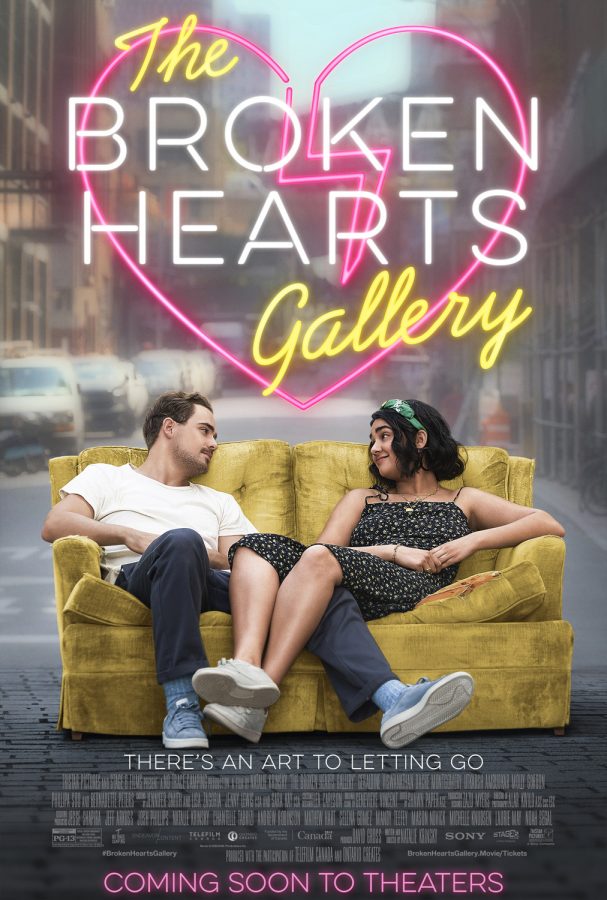 Not sure what to watch? We got you covered. From a delightful break up film to a psychological thriller starring Spider-Man, here are the films and TV shows to watch and stream this week.

Geraldine Viswanathan (“Bad Education”) stars in the romantic comedy from Natalie Krinsky in her directorial debut. Executive produced by Selena Gomez, “The Broken Hearts Gallery” centers on Viswanathan as an art gallery assistant, who creates a pop-up space for items from previous relationships after a recent break-up.

To find showtimes for “The Broken Hearts Gallery,” click here.

Jude Law and Naomie Harris star in the new HBO miniseries. They play two characters from different time periods who venture into the mysterious British island of Osea.

We Are Who We Are

HBO presents a new miniseries from “Call Me By Your Name” director Luca Guadagnino. “We Are Who We Are” is a coming of age story centered on two American teenagers, played by Jack Dylan Grazer and Jordan Kristine Seamón, who live on a U.S. military base in Italy.

“We Are Who We Are” premieres September 14 on HBO Max. Click here to watch.

The British police procedural series is back with a second season. Kit Harington stars as one of the new set of accused suspects, who engage in intense cat and mouse games from the confines of a police interrogation room.

The Devil All the Time

Netflix presents a star-studded psychological thriller based on the novel by Donald Ray Pollock. “The Devil All the Time” centers on a young man, played by Tom Holland, as he tries to protect his loved ones from a cast of sinister characters, played by Robert Pattinson, Jason Clarke, Riley Keough and Sebastian Stan.

“The Devil All the Time” premieres September 16 on Netflix. Click here to watch.

Richard Linklater directs the 2014 American coming of age drama. Filmed over a span of twelve years, “Boyhood” stars Patricia Arquette, Ethan Hawke, Ellar Coltrane and Linklater’s daughter Lorelei. The film has been regarded as one of the greatest films of the 21st century for its unique blend of ambitious scope and intimate humanity.