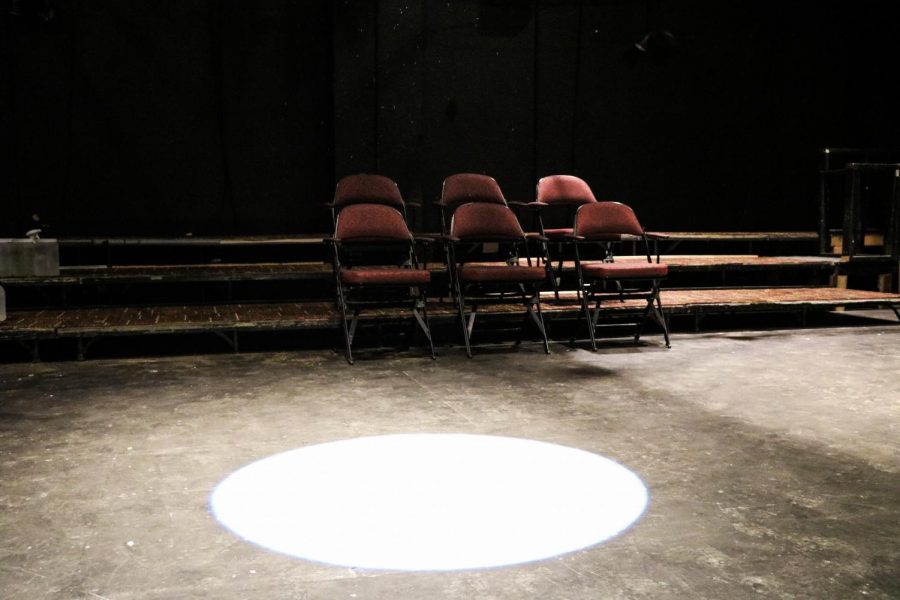 The Lower Depths Theatre sits empty Sept. 22. The theater is not being used because of COVID-19 restrictions and the theater program is working to develop new ways to practice and perform. Photo credit: Hannah Renton

The Loyola Theatre Department wants to show people that the arts can still exist and be appreciated, even during a pandemic by looking for social distanced and virtual options to perform.

As university theater departments across the country adapt to the new regulations in place due to COVID-19, Loyola has also been working on putting comprehensive measures in action, including exploring socially distant and virtual options. The main goal for the theatre department is to keep the department alive while making sure every actor and audience member remains safe and enjoys themselves while practicing social distancing.

One way that the department has started practicing and enforcing social distancing is by having students work on self-taped auditions from the comfort of their homes, without having to put themselves at risk.

But doing self-taped auditions is not the only thing that the theatre department is doing to help prevent the spread of COVID-19 and follow regulations. They have also postponed a show.

Initially, the plan was to host the performances: “Metamorphoses” by Mary Zimmerman and “Cadillac Crew” by Tori Sampson. Regarding Metamorphoses, an unanimous decision was made by the theatre department that it was best to postpone the play due to actors having to be in a pool, according to C. Patrick Gendusa, theatre department chair.  Instead, the department is putting on “Theatre for One.”

The cast of “Cadillac Crew” consists of roughly four people, which will help maintain social distancing between actors. The department has also discussed with its costume designers how to approach masks so that audience members can enjoy the show and still follow regulations. The team is working on prototypes of transparent masks that could be used during performances to give attendees a fuller experience.

Loyola will be partnering with Theatre for One, an organization that provides mobile performance spaces, this fall. The spaces would be used for one-person shows and the goal is for there to be five students performing around campus. The audience would reserve tickets for a specific time slot when they would attend that show and then, once that show is over, they would move onto the next performance.

The department said it is ready to transfer any productions virtual in a worst-case scenario. The hope for Theatre for One is to make the experience of both the actor and the audience as safe and comfortable as possible.

Another option that is being considered is going virtual and giving students the opportunity of watching the shows through live-streamed performances. The theatre department is also trying to find a wellness specialist.

When asked about the situation, artistic director and faculty member Salvatore Mannino said that this was a new opportunity for all aspects of how the theatre department functions.

“We are trying to create the best environment there can be to raise 21st century artists,” Mannino said. “This is a great opportunity to question everything.”

Mannino believes that this situation can turn into an experience that will change the future of the program of the students for the better.

Editor’s Note: Due to previous confusion with the cancellation as opposed to the postponement of plays mentioned, this document is edited as of Sept. 29, 2020.