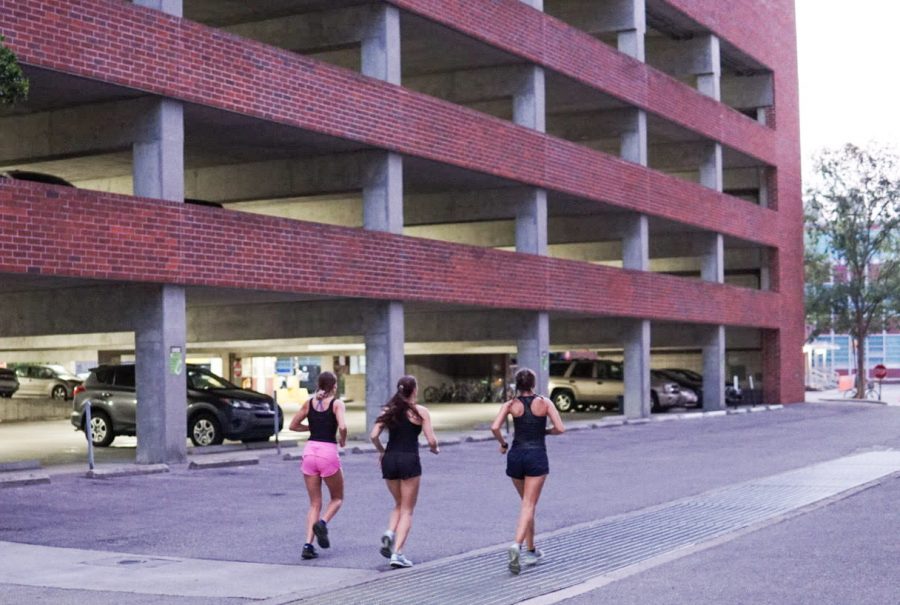 Members of Loyola's women's cross country team run together at a September practice. The Wolf pack will spend the remainder of the 2020-2021 season as a member of the AII. Photo credit: Peter Buffo

Loyola’s men’s and women’s cross country teams will not be competing in the Southern States Athletic Conference this season.

Instead, Wolf Pack cross country will spend the 2020-2021 season as a member of the National Association of Intercollegiate Athletics’ Association of Independent Institutions, the athletic department announced Friday, Sept. 25, 2020.

“Our move to the AII for this season gives our student-athletes the opportunity to have a representative cross country season,” said Athletic Director Brett Simpson in a statement. “We look forward to the AII championships in the spring and returning to the SSAC in cross country next fall.”

Loyola’s 14 other varsity sports will remain in the SSAC this season.

“I’d say that this decision was in the best interests of the health and safety of the kids on the team,” said Masanet.

The move to the AII also grants the Wolf Pack the flexibility to compete in meets during both the spring and fall semesters, which will make scheduling races in an unprecedented college sports landscape less of a challenge.

“There was only one meet within a three hour drive of New Orleans that we could participate in,” said Masanet. “The lack of scheduling options made it more sensible for us to roll the dice on what we believe will be a larger scale season of cross country meets during the spring semester.”

Loyola’s last scheduled meet was set for September at City Park but the race fell through.

Masanet says that the move to the AII gives the Wolf Pack a greater chance of succeeding at the NAIA national Championships in April.

“If we were to win the AII championship or race well enough to earn an at-large berth, we’ll be more ready to race well at the NAIA Championship Meet.” said Masanet.