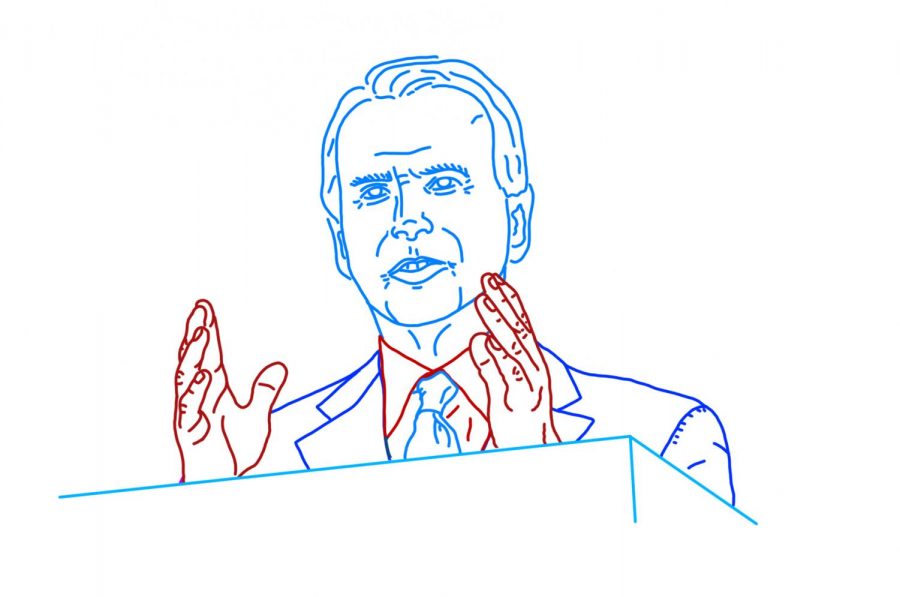 Donald Trump is the worst president the United States has ever had. This isn’t up for debate. He colluded with the Russian government to cheat the 2016 election. Eight of his close associates have been arrested or convicted for a wide variety of crimes. He’s allowed police to continue to murder innocent civilians. He’s allowed Immigrations and Customs Enforcement and the Border Patrol to continue to commit crimes against humanity in immigrant detention camps. He has relentlessly attacked science, journalism, and even common sense. He’s currently sabotaging the postal service to stop people from voting while encouraging his supporters to illegally vote twice. From day one, he’s spewed a constant stream of lies and bigotry. And that’s just the tip of the iceberg.

Joe Biden won’t be the worst president we’ve ever had. We know many young people don’t feel that Joe Biden represents them, many of us here at The Maroon feel the same way. But it’s obvious that he would be an infinitely better president than Trump. If he’s elected, he will revamp the U.S.’s response to the COVID-19 pandemic—which, so far under Trump, has been the worst in the world. He will allocate federal funding to help people recover from the pandemic. He will save the postal service from collapse. He will begin to address the climate crisis. He will push back against Trump’s attempts to make the United States a dictatorship.

Biden isn’t perfect, sure—no candidate would be. But he is what we need right now to get our country back on track. Many have protested the idea that we need to return to normalcy by pointing out that our pre-Trump “normal” had many problems of its own. That’s very true, and even after electing Biden, we need to keep pushing for change. But we need to put out the fire before we can start rebuilding the house. A Biden presidency isn’t an end goal, but it’s a giant leap in the right direction.

And he’ll do more than just repair the damage that Trump has done. He’ll raise the minimum wage to $15 an hour—something we desperately need to ensure that everyday workers can afford to live. He will work to eliminate the death penalty in keeping with Catholic beliefs about the sanctity of life. He promises to end separation of immigrant families and reverse the public charge rule. He wants to make two years of community college free for everyone and make public colleges and universities free for all families with incomes under $125,000. He is planning on a massive expansion of affordable housing programs.

And while his policies on criminal justice and policing aren’t nearly as progressive as many of us would like, it’s important to note that they are still some of the most progressive in U.S. history, from ending cash bail and the federal use of private prisons to using social services to respond to mental health crises and homelessness and expanding the role of the federal Justice Department in investigating police misconduct.

Most importantly, if Biden is elected, we will have a chance to make ourselves heard. It’s abundantly clear that Trump doesn’t care at all about the thoughts and opinions of the majority of the population. That will only get worse if he’s re-elected. If we elect Biden, we’ll be able to pressure him. We’ll be able to make him listen when we say we’re not satisfied with our government. That will never happen under Trump.

Also, there are thousands of other elections happening across the country on November 3. Even if you don’t feel inspired by Biden, you need to vote in your state and local elections. The good thing about having so many elections is that there are more opportunities for you to find someone who represents you. And while you’re voting, it doesn’t take any extra effort to vote for Biden too. You’ll be glad you did.

Even if you don’t care to vote for yourself, do it for the hundreds of thousands who can’t because they died under the Trump administration. Do it for those who are disenfranchised. Remember what it felt like in 2016, when most of us were too young to vote. Do it because the longer we wait to address climate change, the slimmer our chances of survival get. Vote for the kids who want to vote now, but are too young. We have a say now. Use it.

Young people’s votes matter so much more than many of us realize. Trump already lost the popular vote in 2016. This year, we just need to make sure he loses the electoral vote, too. One in ten eligible voters in this election will be in the 18-23 age range. We are the largest, most diverse generation in the history of this country. Change can’t happen without us.

So, please. Vote for Joe Biden.

Our lives depend on it.