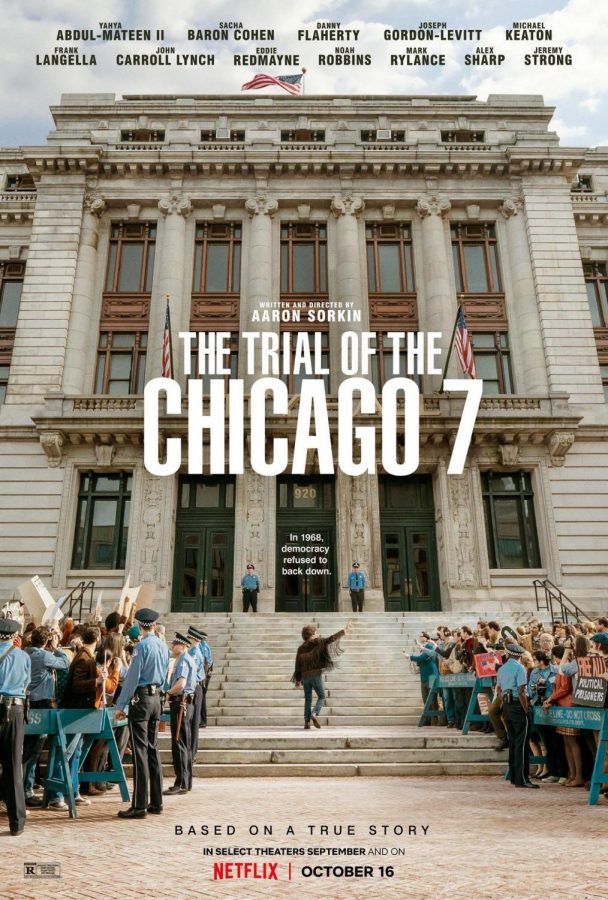 We are now halfway through the month of October. From a new Aaron Sorkin film to a British romantic thriller, here are the films and TV shows to watch and stream this week.

The Trial of the Chicago 7

To watch “The Trial of the Chicago 7,” click here.

Czech filmmaker Václav Marhoul directs “The Painted Bird,” a war drama based on Jerzy Kosiński’s novel. It centers on a young boy played by Petr Kotlár as he encounters many different characters while witnessing the horrors of World War II in eastern Europe. “The Painted Bird” also stars Harvey Keitel, Stellan Skarsgård and Udo Kier.

To watch “The Painted Bird” on Hulu, click here.

Dylan O’Brien stars in the post-apocalyptic action comedy. He plays Joel Dawson, a teenage boy who must traverse a monster-infested world in order to track down his high school sweetheart played by Jessica Henwick.

To watch “Love and Monsters” on demand, click here.

Liam Neeson stars in his latest action thriller. “Honest Thief” features Neeson as a former bank robber who turns himself in to the authorities, only to be set up by two corrupt FBI agents, played by Jai Courtney and Anthony Ramos.

The British romantic thriller from director Ben Wheatley is based on the novel by Daphne du Maurier. “Rebecca” stars Lily James as a newly married young woman who must deal with her husband’s dead first wife named Rebecca.