The Balcony Ballroom hands out NDAs amid COVID-19 controversies 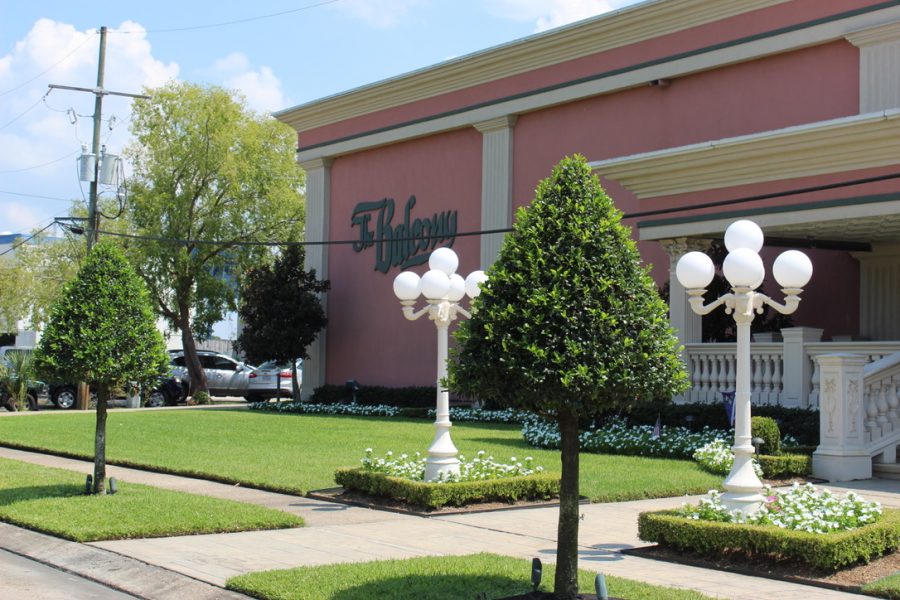 The Balcony Ballroom in Metairie has been hosting weddings throughout COVID-19. The wedding venue gave out NDAs to photographers in an attempt to stop wedding photos from being posted on social media. Photo credit: Gabriella Killett

The Balcony Ballroom — a Metairie wedding venue that came under fire after The Lens published a story showing it hosting large parties in the midst of the COVID-19 pandemic — is now asking third-party vendors to sign non-disclosure agreements as a condition of working there.

One such agreement, provided to The Lens by a wedding photographer, prohibits the publication or distribution of wedding or wedding party photos. One of The Balcony’s owners has indicated that the NDAs are intended to shield the venue’s customers from social-media shaming. But the document also appears to prohibit using them for other purposes as well, such as providing them to state agencies regulating businesses’ adherence to emergency orders issued by the governor in response to the COVID-19 pandemic.

Last month, The Lens reported that the Balcony was the subject of complaints since June for flouting limits on indoor crowd size meant to stem the spread of the disease. In May, Jefferson Parish Councilwoman Jennifer Van Vrancken, whose family owns the business, used her official parish email account to contact state officials on the Balcony’s behalf.

The Office of State Fire Marshal, which enforces the COVID-19 orders, has not issued a citation against the venue, though that’s hardly notable. It has yet to issue a citation for any business accused of violating COVID-19 safeguards. In addition, the venue is in an unusual position compared to similar businesses, which have been limited to 50-person crowds under phase two reopening guidelines. Unlike many other event halls, the Balcony has a restaurant license, and falls under looser guidelines for restaurant capacity.

The reason for the non-disclosure agreement is “because of social media in general,” Vanessa Van Vrancken, who works for the Balcony, wrote in a Facebook group for wedding vendors.

“The newlyweds had to endure multiple comments and verbal abuse from social media commentators who weren’t interested in finding out the facts, but were there to simply ‘bash’ the couple for having their event,” Van Vrancken said in her post.The agreement specifically prohibits vendors from posting images to social media. But it goes further than that, appearing to require vendors from sharing images in any way.

It’s not clear why that language was added. The Lens repeatedly contacted the Balcony for comment on the agreement. Employees said that Vanessa Van Vrancken was the person authorized to comment on the business’ behalf, and she was not available to speak as of Thursday afternoon.

Morrell said that even if a photographer has grounds to break an NDA, they would still have to get a lawyer to go to court to break the NDA, which would, of course, require legal fees. This could cause hesitation in doing anything that would break the NDA so as to avoid the legal process, according to Morrell. This could even cause photographers to be hesitant in reporting events held outside of COVID-19 regulations to authorities, such as the State Fire Marshal.

Morrell also said that even if a photographer wins a lawsuit, it’s possible they’d also end up paying all legal fees on both sides.

The fact that the Balcony is included on its NDA to begin with is out of the ordinary, according to Morrell, who said it’s normal to see NDAs between bride and groom and photographer, but never with the venue included. Morrell called this “very unusual” and the last thing he expected when he passed Louisiana State Senate bill 231.

“Usually venues do not do NDAs because there’s no harm to a venue for people to find out that a bride and groom got married there,” Morrell said.

A vendor told The Maroon that five hours before they photographed a wedding at The Balcony, they received an email with the Non-Disclosure Agreement attached from the bride. This email was forwarded from The Balcony to be sent to the photographer, the vendor said.

The wedding took place Sept. 5, months after the State Fire Marshal’s office reminded the Balcony of necessary social distancing guidelines on July 30. On the wedding day, the vendor was taken into the venue’s office and asked immediately to sign the Non-Disclosure Agreement. When the vendor expressed concerns about signing the document, at one point, the bride started crying and left the office.

“They said if I don’t sign it I’m going to have to leave the wedding as soon as the formal ceremony is over, before the reception starts,” the vendor said.

The non-disclosure agreement said that if the vendor shared the photos, The Balcony could sue them. The vendor didn’t agree with this portion of the document and instead only initialed the parts of the document that agreed not to share the photos on social media without written permission of the bride. The Balcony deemed that this was sufficient, and only then was the vendor allowed to photograph the rest of the wedding, they said.

About every ten minutes during the wedding, there was a DJ announcement that the event was an “unplugged wedding,” where guests were encouraged to keep their phones away and wear their masks. However, masks weren’t enforced, and people were dancing without them, the vendor said.

Former state senator J.P. Morrell told The Lens that situations like this are exactly why he authored Louisiana State Senate Bill 231, which says that non-disclosure agreements are to be nullified in the event that they are shielding illegal activity.

“These contracts are not about the bride and groom’s privacy. They’re about the venue’s privacy,” Morrell said.

Weiser also said that according to the non-disclosure agreement, photos taken at The Balcony that are shared in an attempt to report a public health violation would not automatically protect whoever reported them.

In the event of a lawsuit, however, photographers would have the right as the defense to nullify the non-disclosure agreement if criminal activity on part of the Balcony was proven in court, according to Weiser.

The State Fire Marshal’s office told a source of The Lens that they would up their efforts to look into more recently reported events there and present it to their lawyers.

Despite these efforts, a spokesperson from the State Fire Marshal’s office said that if people want to send a complaint, it’s up to them to give them as much or as little information, the spokesperson said.

“We don’t operate in a fashion of looking for violations,” the spokesperson said.

In the event that The Balcony is proven to breach social distancing guidelines, the venue is “absolutely violating” Louisiana State Senate Bill 231, according to Morrell.

Upon announcing that The Balcony would be distributing non-disclosure agreements, Van Vrancken’s post sparked outrage from wedding vendors in the Greater New Orleans area.

“Perhaps everyone should follow the rules and there wouldn’t be a problem,” one vendor said.

Another vendor in the group said that they were upset because the non-disclosure agreement indicated that a venue has a right to dictate what another vendor does with their own business.

“Here’s the REAL reason #NOLA is being f*****, not other vendors,” a different vendor said.

One part of the non-disclosure agreement states that the bride and groom own their wedding photos, as opposed to the photographer, as in the past.

Van Vrancken said the non-disclosure agreement is to avoid any more stress put on newlyweds hosting their weddings amid the COVID-19 pandemic.

“As a business owner and with an elected official in our family, we are a perfect target and make for a juicy story,” Van Vrancken said.

Van Vrancken said the “lies” spread by the media are disheartening but “come with the territory.” Newlyweds, however, according to Van Vrancken, shouldn’t have to put up with such comments.

“It ensures that they will not be blindsided by a leaked photograph from a hired vendor to capture their special moments,” Van Vrancken said.

Van Vrancken said in the Facebook group that The Balcony has gone above and beyond the requirements for COVID-19 issued by the state and local authorities.

“We hope that anyone with concerns would reach out to us before blindly ‘bad mouthing’ a 46-year-old family owned and operated business,” Van Vrancken said.