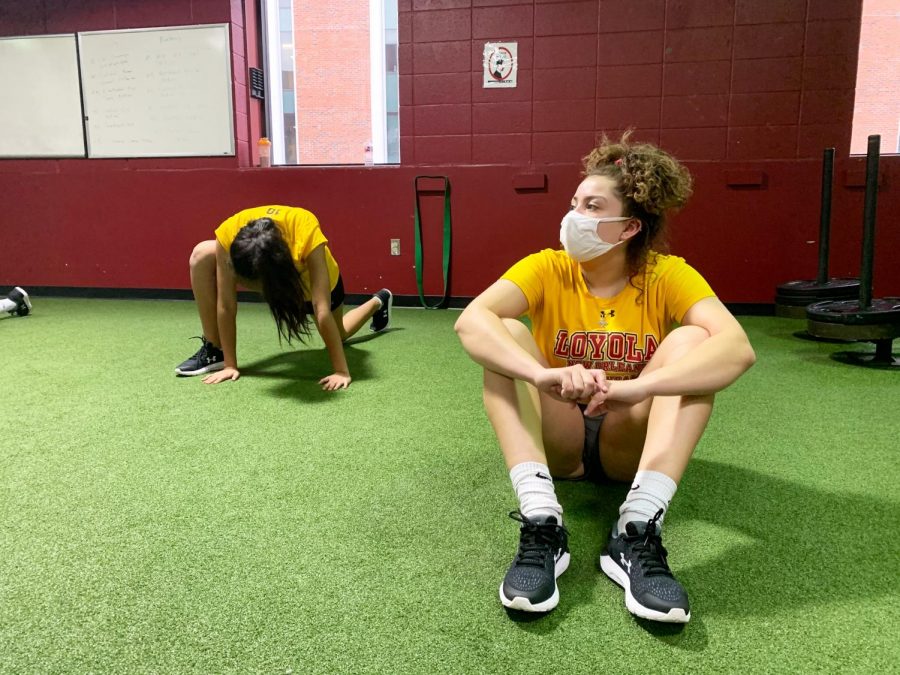 Conversations about racial justice have been had in spaces across the country for the past several months, and the University Sports Complex is no exception.

Loyola athletics has several members taking part in different organizations promoting diversity, inclusion and racial justice in college athletic departments. One of these individuals is Assistant Athletic Director Jordan Gabriel, who was appointed to a Minority Opportunities Athletics Association subcommittee in September.

Gabriel, who is black, said the organization brings her a sense of comfort being around a group of people that look like her.

“For minorities, I feel this is important because you can relate to issues going on in the world together,” Gabriel said.

The Minority Opportunities Athletics Association has been around for two decades, and its mission focuses on providing opportunities for minorities in athletics.

“My MOAA membership has given me more opportunities to not only grow professionally but I can take those skills and implement them into my everyday work life,” Gabriel said.

“I can offer internships and stand as a mentor to teach them how the administrative side of athletics works,” said Gabriel.

Gabriel has also been placed on the National Association of Intercollegiate Athletics subcommittee through the association, this allows the NAIA to look at how they can grow student of color participation in athletic departments.

“MOAA has made me push myself professionally and personally which in turn is making my work in the Loyola athletic department that much better,” Gabriel said.

Another Wolf Pack leader working on racial justice in athletics is Loyola’s Cheer and Dance Head Coach Rickey Hill. In August Hill, who is black, was appointed to the Southern States Athletic Conference’s SFE (Striving for Equality) Place Committee.

“The goals and objectives are to identify and to stand against racial and social injustices,” said Hill.

Hill, alongside Cross Country and Track and Field Assistant Coach Bryiana Richardson, was selected in July to represent Loyola on the new committee. The SFE Place committee was formed over the summer, and Hill said it was something the SSAC decided they needed.

“It’s providing a safe place for student-athletes to have a voice and alert campus leaders of injustices, share thoughts and feelings and to have those difficult conversations,” said Hill.

The committee is made up of more than a dozen coaches from other schools in the conference, as well as student-athlete representatives from each school. Jordan Bernard from Loyola’s women’s volleyball team and Joseph Short from the men’s tennis team were appointed to the committee to bring their student perspectives into the conversation.

“It’s important to continue to have these difficult conversations on racial injustices and inequality,” Hill said.

Hill said the committee’s goal for Loyola is to come up with proper representation and inclusion on campus.

“We’re here to lend a helping hand and listen to students,” said Hill.