How Loyola sports created Olympic athletes, lost its athletics program and gained it back 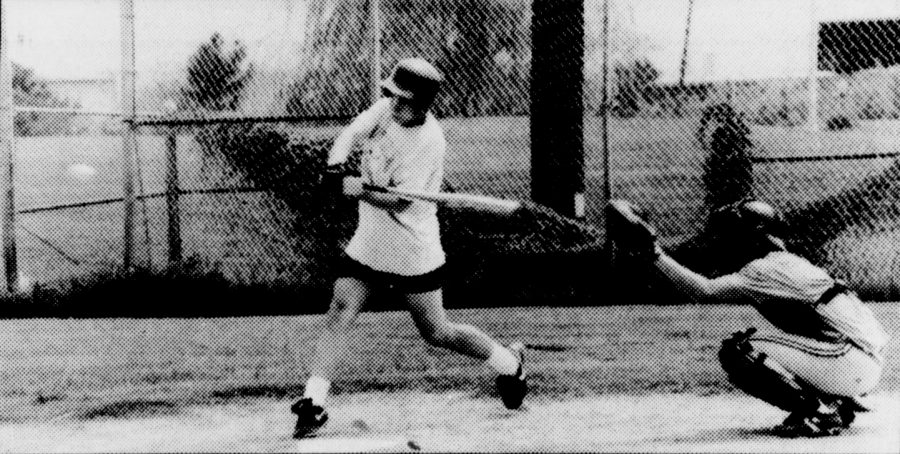 A Wolf Pack batter swings at a pitch during the spring of 1991. At the time, baseball was Loyola's only varsity sports team, now Loyola has 16.

Hidden in Loyola’s athletic history are early Olympic and World Series athletes, a National Championship win and the disbandment of the athletic program following the pinnacle of what Wolf Pack Athletics Hall of Fame historian Ramon Vargas calls the “golden era.”

For Vargas, uncovering these world-renowned athletes and events allows him to vicariously relive Loyola’s athletic history.

“It just reminds me how long Loyola sports has been around and obviously being around for that long, there is ups and there is downs, and Loyola has certainly seen those,” Vargas said.

Vargas defined the “golden age” as the 50-year period from the 1920s to the 1970s, which he said Loyola was considered as an elite athletic university.

According to Vargas, the men’s basketball team won the school’s only national championship title in 1945.

“Loyola had some legit national profile and not only locally but nationally and internationally with the Olympic medalist, and it just seems like it’s crazy,” Vargas said. “Just imagine like Loyola going to March Madness, turn on the TV and there is Loyola in March Madness.”

Despite producing professional and Olympic athletes along with running successful programs, Vargas said “for a wide range of reasons,” the university disbanded its intercollegiate athletics in the early 1970s.

After a 20-year hiatus, Loyola reinstated sports with baseball in the spring of 1991.

Current Athletic Director and baseball student athlete A’96 Brett Simpson said his first memory of Loyola sports was Loyola’s first basketball game after the revival of its athletics department.

“I was in high school when Loyola brought back athletics in 1991. I went to the first basketball game that fall. The game took place at Tulane’s gym due to the large crowd. It was a really exciting atmosphere,” Simpson said.

According to Vargas, the early period of the new era of sports “very lean years” and said the department was taking baby steps towards rebuilding.

“There were several programs that just started that were windless, that didn’t have any games on their first couple of seasons,” Vargas said.

The department’s earliest success in this period included the men’s basketball winning it’s conference title in the National Association of Intercollegiate Athletics division two and the volleyball team winning several conference titles and qualifying for the national tournament, according to Vargas.

At the midpoint of the new era, catastrophic storm Hurricane Katrina devastated the New Orleans area and displaced athletes, derailing Loyola sports for the rest of the Fall semester and raising questions of the sustainability of the department, Vargas said.

But as sports were reinstated the following year, Vargas, who served as Sports Editor of The Maroon at this time, said that the women’s basketball team had “caught fire,” securing its first conference title in the Spring of 2007. To Vargas, the women’s basketball team’s success was an early indicator that “there would be a place for athletics and that Loyola could thrive on the field of competition.”

Simpson credited the current success of the department to these student athletes.

As Loyola athletics nears its thirty year anniversary in 2021, Vargas said he believes the focus is on continuing to build up its programs.

“I think Loyola is, at the level that it’s at,” Vargas said, “It’ll be competitive, you’ll have your ups and downs but Loyola will, like I said it’s in its adulthood and it won’t go backwards.”

Though Simpson said he feels confident that another national championship win is on the horizon.