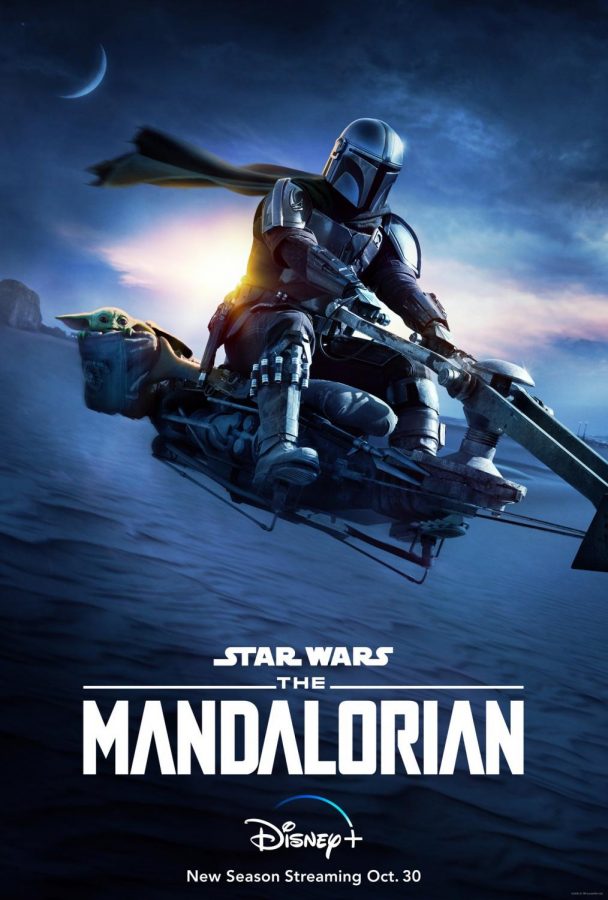 It’s almost November, which means the holiday seasons are underway. From a new season of The Mandalorian to an early Christmas offering from Netflix, here are the films and TV shows to watch and stream this week.

The latest season of the Star Wars live action series sees the titular character, played by Pedro Pascal, and the Child, popularly known as baby Yoda, on more galactic adventures. They find themselves pursued by Moff Gideon, played by Giancarlo Esposito, as they embark on a quest to learn more about the Child’s origins.

To watch “The Mandalorian: Season 2” on Disney+, click here.

The 2019 slasher film is a loose remake of the 1974 film. “Black Christmas” stars Imogen Poots, Lily Donoghue, Aleyse Shannon, and Brittany O’Grady. They play a group of sorority sisters as they fight an unknown stalker during Christmas break.

Based on Robert Ludlum’s 1980 novel, the 2002 action thriller stars Matt Damon as Jason Bourne, a man suffering from amnesia. He attempts to discover his true identity, while facing off assassins and uncovering a conspiracy within the CIA. The film is the first entry in the Bourne film series, which consisted of three sequels.

The second season of the late-night talk show series is hosted by comedians Desus Nice and The Kid Mero. The show initially went on a temporary hiatus due to COVID-19, but later returned in a teleconferencing format. The Bodega Boys have interviewed celebrities such as Vice President Joe Biden, Senator Kamala Harris, Dr. Anthony Fauci, and Sacha Baron Cohen in character as Borat.

“Desus and Mero: Season 2” is available for streaming November 1 on Showtime. Click here to watch.

“Eraserhead” and “Mulholland Drive” director David Lynch’s second feature film stars John Hurt as the severely deformed John Merrick. Making a living as a side-show freak called the Elephant Man in 19th century London, he is rescued by a Victorian surgeon, played by Anthony Hopkins, who strikes a friendship with him.

“The Elephant Man” was nominated for eight Academy Awards, including Best Picture. Criticism over the lack of an award for makeup work later prompted the Academy of Motion Picture Arts and Sciences to create the Academy Award for Best Makeup and Hairstyling by the following year.

“The Elephant Man” premieres November 3 on The Criterion Channel. Click here to watch.

The Netflix romantic comedy is reportedly the first film to shoot in the island of Guam. “Operation Christmas Drop” stars Kat Graham as a congressional aide sent to the island. She is assigned on a mission to find reasons to close a beachside air force base stationed there. However, she eventually falls for an Air Force pilot, played by Alexander Ludwig.

The 2019 Canadian drama film from director Atom Egoyan stars David Thewlis, Laysla de Oliveira, and Luke Wilson. “Guest of Honour” centers on a young woman, played by de Oliveira, who is haunted by her past. She confides her secrets to a priest, played by Wilson, who may hold the final clue to the intriguing family dynamic she has with her meticulous food inspector father, played by Thewlis.

“Guest of Honour” premieres November 5 on The Criterion Channel.