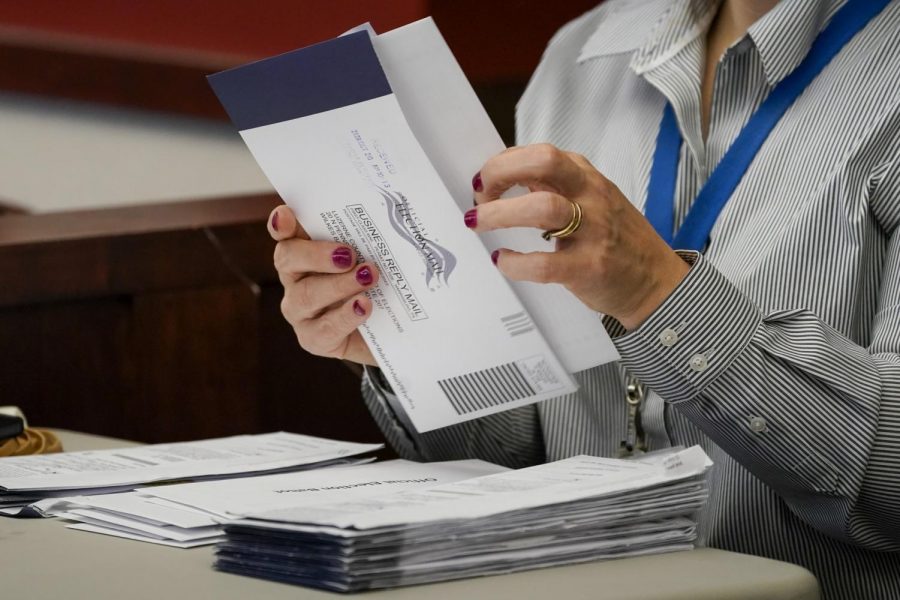 The day after students stayed up late into the night worshipping the artificial light of their TVs, crunching electoral college numbers with their friends and having a cocktail or two to combat election anxiety, no one knows who the next president of the United States will be.

As of Wednesday afternoon, President Donald Trump and Former Vice President Joe Biden’s battle for the United States presidency is still in the air, with analysts focusing their attention on two battleground states, Michigan and Pennsylvania, where absentee ballots still need to be counted.

“We knew on Election Day it was going to look better for (Trump.) It comes down to the mail-ins,” said Tyler Sanchez, SGA chief justice.

After voter turnout made history with more than 100 million people casting votes ahead of Election Day, the margins all across the board have been tight. As of yet, neither candidate has cleared the 270 Electoral College votes needed to take the presidency.

Trump, relying heavily on in-person ballot casting, said he’d take the election to the Supreme Court to stop the counting.

Expert Rick Hasen, a professor of law and political science at the University of California-Irvine, said that’s not the way things work. Claims must be brought to individual state courts before anything goes directly in front of the Supreme Court, according to Hasen.

In the event that Trump does get to the Supreme Court, Emma Trunkle, psychology and political science junior said she is “absolutely horrified.”

“I don’t think we realize Donald Trump has gotten to elect half of the Supreme Court,” Trunkle said.”

The President is also trying to call for a recount in Wisconsin, a state projected to be won by Biden mid-day Wednesday, and a request for a recount in the state that went to Trump in 2016 would follow typical fashion for a tight race in the formerly Blue Wall state.

Amber Drumm, president of College Republicans, said she is hopeful Trump will keep his seat due to his being “different from everyone else.”

“He’s America first,” Drumm said. “He loves America. That’s what a politician should be.”

Trump tweeted late Tuesday night that the election is being “stolen,” a post to which Twitter has since added a warning. Biden said in front of his supporters in Delaware that it’s not his or Donald Trump’s place to declare who’s won the election.

“That’s the decision of the American people,” Biden said.

Robert Morrison, senator at large for SGA, encouraged students to stay positive and celebrate what he sees as small victories in the Senate such as the first transgender member of Congress despite the outcome of the presidential ballot.

“Regardless of who wins, we as a people will get through it,” Morrison said. “We’ll still be able to get change done in this country.”

Several key battleground states, including North Carolina and Pennsylvania which have not yet been called, are allowing mailed-in votes to be accepted after Election Day if they were postmarked by Tuesday.

In local affairs, Amendment 1, which adds language to the state constitution that there is no protection of the rights of citizens to have an abortion, has passed. This could pave the way in the future for access to abortions being stripped away if Roe v. Wade is overturned.

“I think that’s an attack on a woman’s reproductive rights and her bodily autonomy,” said Andi Robinson, president of College Democrats.

On-campus student organizations as well as the university itself encouraged students to get out and vote pre-election. The Commuter Student Association also promoted healthy discussions about the election.

“Speak and respond with honesty and courage,” it said in a message sent out to commuter students.

The university is also hosting post-election processing groups Nov. 5,12 and 17 for students to navigate their feelings surrounding the election.

“No matter the results, no matter your feelings, please join us in this brave space for a conversation about the impacts of the residential election on our personal lives and the Loyola community,” said the Office of Student Affairs in an email sent out to students.

Rae Walberg contributed to this report.