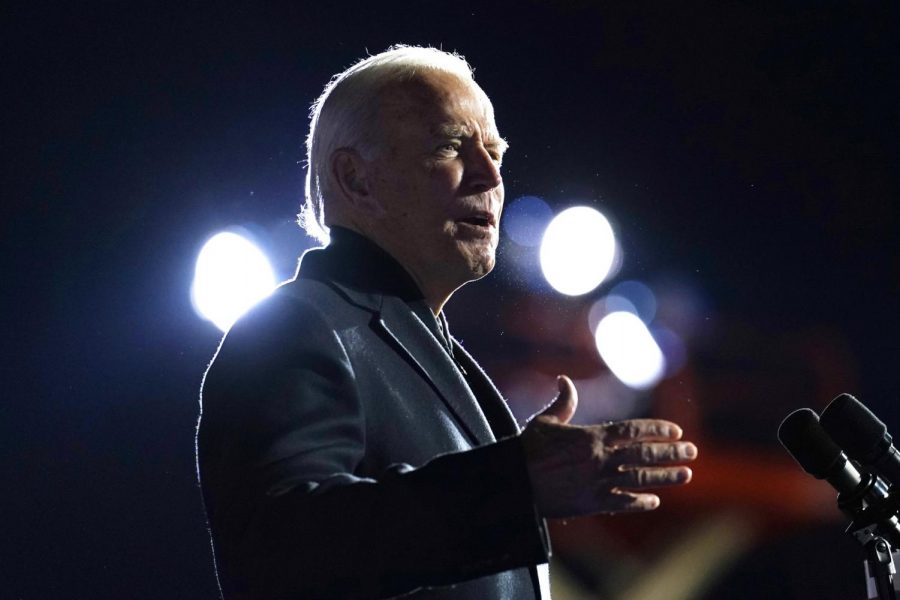 After four days spent on edge wondering who the next president would be, the nation finally received answers Saturday morning as the Associated Press declared Joe Biden the new president-elect of the United States.

Since then, the news has spread to every major news site, and people flocked to the streets in mass celebrations in nearly every major city.

“The past four years I felt like I’ve been having to hold my breath, said Andi Robinson, president of College Democrats. “Now, I feel like some positive change might actually come from this.”

Students also said this election is historic. Having a Black, South Asian woman as Vice President of the United States matters, according to Emma Trunkle, a member of Women in Politics.

“I am proud and in tears knowing I voted for the first of so many to come,” Trunkle said.

Crystal Roa, president of the Commuter Student Association said she’s excited to see that women are now represented in high seats of political power. Roa believes it will spark something new for her generation. Roa also expressed her relief as a Latinx woman over the results.

“I have friends that are breaking into tears because they know they no longer have this bigot in this country,” Roa said. “They came here to get a better life. They came here to have better opportunities and they were taken away from them. And now that they know we have new faces in office, they feel safe to chase their dreams.”

Though relief and excitement dominated the day, many felt that the news marked the beginning of a much longer journey. Robert Morisson, SGA’s senator at large, said America is far from where it needs to be.

“71 million people believed President Trump should have a second term,” Morisson said. “We will not be whole unless we can get 71 million more people to agree that character is important in an election,” Morisson said.

Still, others were more skeptical of what a President-Elect Biden means for the United States. Lilli Marie Johnson, a freshman member of Loyola’s Black Student Union, said she doesn’t know Biden’s plans for LGBTQ+ individuals or for Black people, but she said she is hopeful.

“The theme for this election has been settle for Biden because as a generation we know that he is not the greatest option, but he is what we have for now,” Johnson said.

While a Biden victory seems statistically certain according to the countless media outlets who called the election Saturday morning, President Donald Trump’s unfounded claims of voter fraud could lead to legal battles in multiple states.

According to Amber Drumm, president of College Republicans, the media does not declare who the president is but rather the Democratic Association on Dec. 14.

“I believe many Americans forget about our election and electoral process in America,” Drumm said.