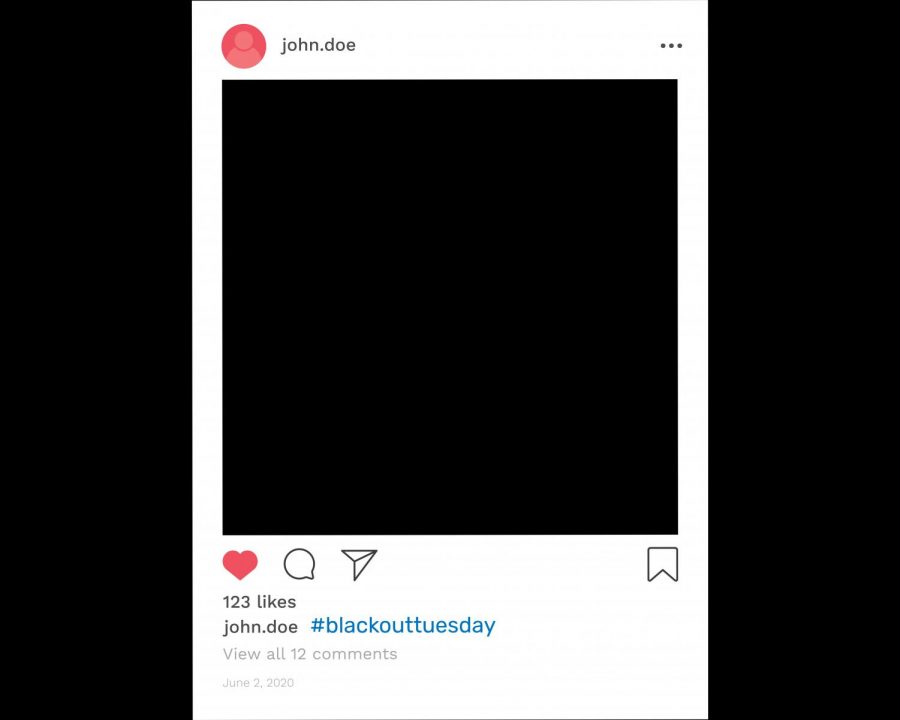 We all can remember the infamous black square on Instagram over quarantine. Ultimately it was decided that it was not effective as it drowned out Black voices and resources regarding the Black Lives Matter Movement instead of amplifying them. As a college student, I felt inclined to do it and I felt judged if I did not. I constantly see people argue with their parents on Facebook, posting long rants and canceling fellow classmates and friends for problematic thoughts and actions. I felt like I wasn’t doing enough for my cause when I realized: Why aren’t Black people defining the objectives of our own movement anyway? And as someone who deleted their black square and stayed inside for protests for COVID-19 reasons, I want to speak up on performative activism that I’ve witnessed. And I say, of course, thank you for the help, but it is simply not enough.

We cannot Kumbaya our way out of this. This is not a trend for your TikTok or a repost to your Instagram story. This is a human rights issue.

Black people in America are being affected by systems of oppression, not just comments on YouTube videos. It’s helpful to educate and defend but it’s more important to step back and let us talk. This is our life. We cannot take this off. You can take the BLM out of your bio and walk away from your computer screen at the end of the day but I will still be Black. This is not a movement I can simply choose to walk away from because the color of my skin now will be the same in my casket.

So, for White allies, it is OK that you cannot undo years of suffering in your lifetime alone. And that is not your fault but it is also not ours. But you can walk behind us and add to the impact of our messages by listening to us. We will tell you what we want and it will be confusing and possibly uncomfortable. But imagine how uncomfortable it is to be followed in a store, to be searched randomly by a cop or to smile while people don’t even have the decency to learn how to say your name right.

So for those allies who are doing their absolute best, I salute you. But think about investing more than just pity and sympathy. Think about mentoring at your local schools. There are Black boys who do not have positive mentors. There are Black girls who aren’t told their hair is beautiful and their attitude is valid. There are Black families going without food due to the pandemic. There are Black people who continue their lives paycheck to paycheck and Facebook likes barely pay bills.

We cannot “buy from Black businesses” our way out of this. They burned down Tulsa and they’ll burn down Atlanta.

Get to know us when we’re not successful or traditionally pretty or good at sports. Get to know the culture we had to build from the ground up. Help us protect this culture. Help protect us from the things we’re told to believe and be ready to say no to things. Saying no to your racist family members’ money. Saying no to hanging out with your non-Black friend who says the n-word. Saying no until you see that your Black co-workers and classmates are getting the same treatment. Stop making peace with the problem. We are not bent, we are broken. This is not a problem to soften; this is a problem to eradicate.

As many tweets and memes say, this is an open book test on history. It was never about water fountains. It was never about train cars. It is about how disposable Black lives are in the face of our oppressors. It is about taking our history and our culture from us but profiting off of our faces, our dances and our hair. It is about the dismissal and exploitation of Black suffering in the media and our voices being shut out. America was racist before Trump or Reagan and it was racist during Obama.

Think of questioning the authority you’re told to follow. Who killed the Black Panthers? Who killed Dr. Martin Luther King Jr? Who killed Trayvon Martin and was justice served? Who killed Breonna Taylor and was justice served? They don’t care about us. So why care about property and laws when my ancestors were property? Why care about your stores when they refuse to hire us? It is going to get messy. And if you’re not ready to fight with us under any circumstances then you are against us. These are real lives and people that are being taken from us in plain sight and they know we won’t do anything about it in the name of politeness. So we have to show them just how serious we are. This is not a phase or an internet phenomenon. This is the movement that my brothers and sisters will fight with or without you. No justice, no peace.