Student contact tracers struggle to keep up with workload 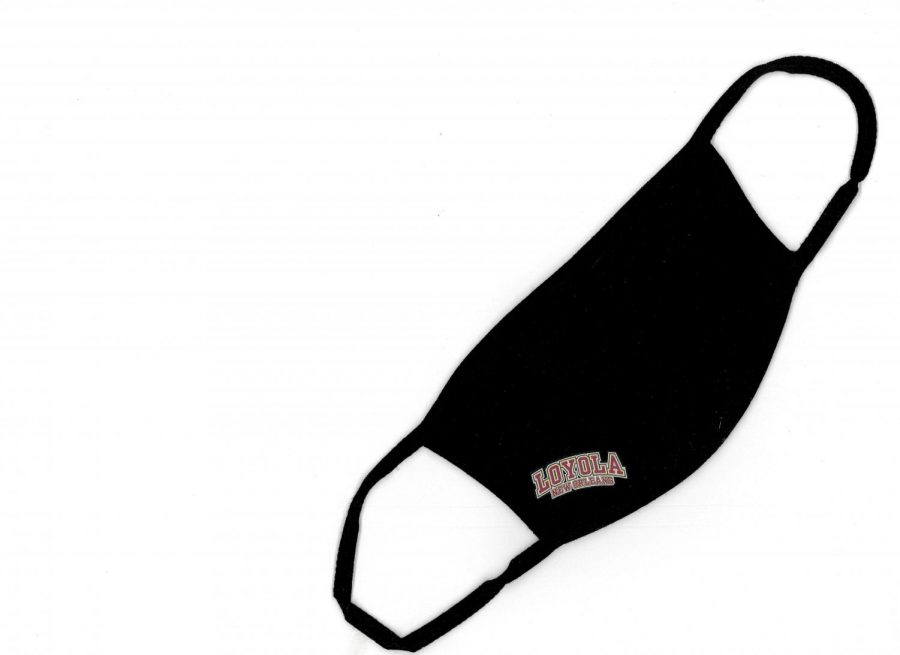 As the two week mark following Halloween draws to a close, so does the 14-day incubation period for any COVID-19 infections that may have resulted from the holiday weekend. Since the holiday, the number of Loyola students who have tested positive for the virus has held steady, but according to student contact tracers, each positive case is coming with more and more contacts who may have been exposed to the virus.

When a Loyola student tests positive for COVID-19, their name is given to one of eight student contact tracers employed by the university. The contact tracers then call the infected student to get the names of anyone that student has had direct contact with in the last three days.

According to one student contact tracer, who will be referred to as Tracer A for the sake of anonymity, most students who tested positive throughout the semester prior to Halloween had “three or four contacts” who had to be notified of their possible exposure. Since the holiday weekend, however, she has found herself calling “entire parties” to coordinate 14-day quarantines.

As of Nov. 11, 23 students were positive for COVID-19, the highest number of active cases since students first came to campus in September.

Tracer A said it is not uncommon for a contact to take at least a day or two to answer their phones when contact tracers call, which extends the amount of time they are not in quarantine while possibly carrying the coronavirus.

The student contact tracers also have to make calls using a blocked number to protect their personal cell phone numbers, a move that proved necessary in the first few weeks of the semester when the tracers found themselves inundated with calls from COVID positive students and quarantining contacts.

Because of the blocked calls, some student’s phones automatically filter out the call, and it can be an “excruciating” uphill battle to try and reach a student who is unable to return the call, Tracker A said.

Tracer A also said students who have tested positive have recently become more hesitant to divulge names of other students they have had contact with in the days prior.

“If they know they did something wrong you can just tell. When you ask who was there, they kinda get quiet,” Tracer A said. “And it’s like, ‘OK, you knew you weren’t supposed to be in that group.’”

A Nov. 7 email to students from Alicia Bourque, chief student affairs officer, said that the university received “a number of reports” detailing unsafe behavior by students over the Halloween weekend.

“After conducting thorough contact tracing, (we) now have more students in quarantine than at any other point in the semester,” Bourque said in the email.

According to Patricia Murret, associate director of public affairs, there are currently 59 students in quarantine.

Murret said 37 of those students are quarantining on campus, and that the university has not come close to filling quarantine capacity at any point in the semester.

Tracer A said she doesn’t think the university has been transparent about the number of students quarantining, and it may be resulting in an unwarranted sense of safety that is leading to students making riskier decisions.

While the university has been tracking active COVID cases on an online dashboard, cumulative case counts were not publicly released until the week prior to Halloween. The university does not disclose quarantine numbers on the dashboard.

Murret said quarantine numbers were not included in the university dashboard because the university believed the most critical information for students was “the known active presence of the virus.”

“We designed the dashboard at the beginning of the semester and with two weeks left before students go home for the rest of the year, have opted to continue the way we have been reporting information, rather than make a sudden change that may cause confusion,” Murret said.

A second contact tracer, Tracer B, said students have become increasingly hostile when they get a call.

“Some people just don’t want to be told what to do,” Tracer B said. “They won’t talk to you, they won’t answer their calls, and if they do answer they’re rude.”

Tracer B said she gets cursed out by a student “at least every other day,” and that she has even made calls to students who refused to quarantine, saying they believed COVID-19 was a hoax.

Asia Wong, director of student health, said part of the hope in hiring students to contact trace was to encourage people to cooperate with the process.

“We hope that using peers would help people understand this is not punitive,” Wong said. “This might feel kinder coming from a peer than someone that you don’t relate to at all.”

Tracer B also said she feels there has been a hiccup in the contact tracing department due to the departure of Loyola’s public health coordinator, who left the university last week. The Loyola community was not notified of the leave.

According to Wong, the university now has two new public health coordinators, but Tracer B said the lapse in leadership felt “chaotic.”

“Some people don’t pull their weight sometimes, but our old boss took care of that,” Tracer B said.

Wong said she perceived the change in staff as a “seamless transition.”

While the number of students in quarantine is high, Wong said the university is not any more concerned about COVID numbers than they have been at other points in the semester, but are concerned that students who are now exposed to the virus may have to quarantine on campus during Thanksgiving break instead of traveling.

“If you are trying to go home, 14 days out was Friday the 5th,” Wong said. “We need a really big push to say that before you go out this weekend, before you go to Bruno’s or TJ Quills, think about what you’re going to do if you test positive.”

As for COVID cases though, Wong believes the Loyola numbers indicate positive things about the behavior of students throughout the semester.

“If you have any questions about that, you can literally look at Tulane’s dashboard,” she said.

Tracer A said that while students have been resisting the contact tracing efforts, she urges students to remember what a return to normal life could look like.

“Especially with the freshman, telling them about Loyola helps. They’re seeing such a small, sad little piece of it, and things will get better,” she said.