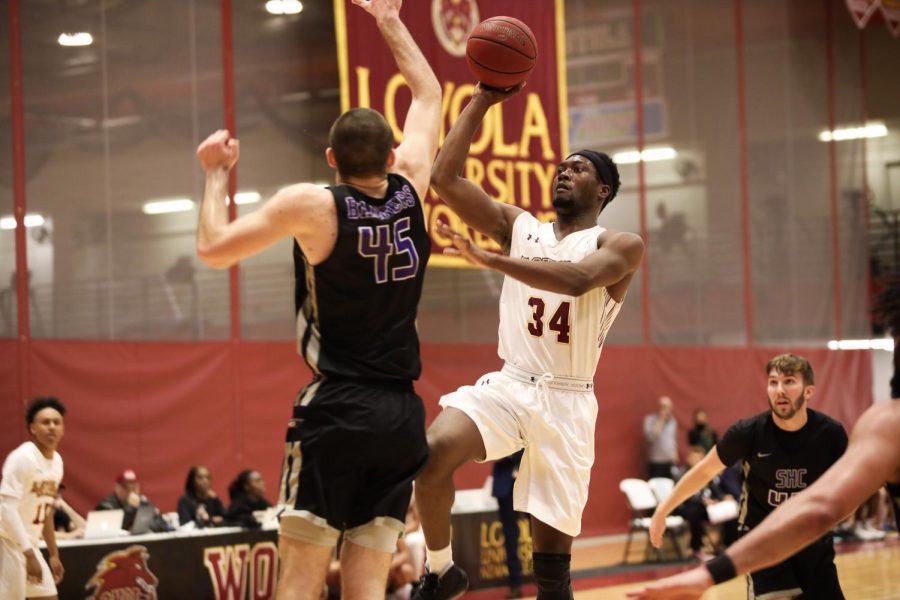 Both Loyola basketball teams ended their 2019-20 season in a heartbreaking fashion when the National Association of Intercollegiate Athletics canceled their winter sports national championships amid the coronavirus pandemic.

“Fourth seed in the national tournament and we had to call it quits,” said Kellie Kennedy, head coach of Loyola’s women’s basketball team.

Due to the COVID-19 pandemic, whether fall sports would play was up in the air for much of last summer. As college sports trickled back into play, Loyola’s men’s and women’s basketball teams were optimistic they would have a season.

“My level of hopefulness rose as time has gone on and we’ve been able to figure things out a little bit,” said Coach Kennedy.

“One thing I’ve learned is that you have to go with the flow because things change daily,” said Stacy Hollowell, head coach for men’s basketball.

Both teams have scrimmaged a few other schools to prepare for their regular season games starting at the beginning of November. Even though games are on the schedule, practices for each team have looked a little different.

“We have been preparing six days of the week with long hours of practice and weight lifting,” said Presley Wascom, senior women’s basketball player.

Practice initially was limited according to Kennedy. In the beginning, players would condition in the weight room but the team eventually moved to the court while still wearing masks and maintaining a six foot distance from one another.

With basketball being a high-intensity contact sport, Loyola had to wait for the city to say they could remove their masks when practicing and competing.

“(It was about) trying to work with our doctors, trainers, people at Ochsner and the city on how to move forward in a safe way following CDC and city guidelines,” said Kennedy.

“It was a bit nerve-wracking wondering if it would be safe to do so, but our training staff and athletic department do everything they can to keep us safe and COVID free,” Wascom said on playing games against other teams.

For the 2020-21 season, Loyola’s women’s and men’s basketball teams were ranked No.1 in the SSAC basketball coaches’ preseason poll. There are 11 returning players and six new faces for the women’s team. Kennedy is all about her team for this season.

“This is a really great group, I think they’re close and genuinely care about each other,” she said.

“Being a senior comes with leadership expectations, so I am nervous to take on the role of leading my team to not only success but being an example of how to properly cope with COVID regulations and stay safe,” said Wascom.

Players have to depend on each other a lot more to make sure they are able to have a season, according to Kennedy.

“They have to trust each other to do things socially responsible,” said Kennedy.

Women’s and men’s basketball players and coaches have been adapting to the new normal of practice and conditioning with safety protocols. For the men’s team, it has been unconventional; they lost two weeks of work when the team had to quarantine because a player tested positive for COVID-19.

“Quarantine caused a little bit of a reset, mostly with conditioning we have to pick that back up,” said Coach Hollowell.

Before quarantine, they were preparing for the season, like the women’s team, working on schemes and conditioning. Post-quarantine, Coach Hollowell added one extra day for practice, but he said they would not have two-a-days to make up for the two weeks they lost.

“I want them to maintain balance, make sure guys can handle academics and practice,” he said.

Hollowell has a solid returning group with 16 returners and one new freshman. Andrew Fava, graduate student, said having almost the same team makes things simpler with all the craziness of the pandemic.

“We know our plays, we know our system, which makes it a lot easier,” said Fava.

From limited conditioning to semi-normal practices, Fava said the team is adjusting to this unique season. Players go to the gym in the morning for workouts and practice at night. Hollowell is going into his seventh year coaching at Loyola and this is the first time his team is practicing in the evening.

“We’re trying to fit everyone’s schedule. Now we are as close to normal as we are going to get,” Hollowell said.

“We’re able to practice as a team and get our mind straight. We communicate with each other when there’s an issue when there’s something we can do better. We come together as a team and figure things out. That’s how we prepare,” said Terry Smith Jr., a senior basketball player.

Smith also said the pandemic opened his eyes, he can’t take things for granted, and he is very excited to start playing in his senior year. Coaches, players and fans are anxiously waiting for some basketball in The Den.

“If we can continue to put some games together and stay healthy, we’ll be in a really good place,” said Kennedy.