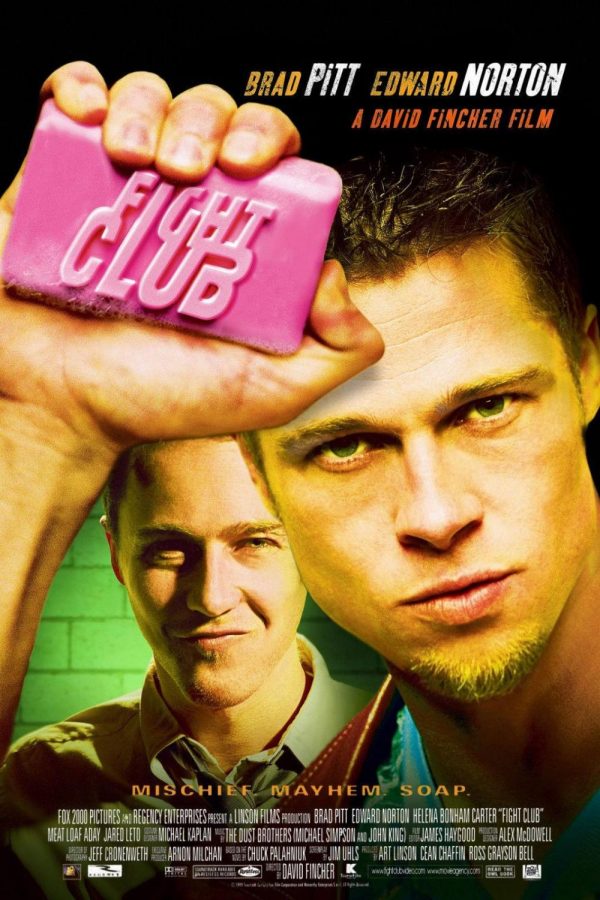 David Fincher is one of the best directors working today. He got his start in the late 1980s by directing music videos for artists such as Madonna, Paula Abdul, Aerosmith, and The Rolling Stones. Fincher later branched out into feature films with the notoriously maligned “Alien 3” in 1992, but since then he has become well known for his distinctive filmmaking style.

The director’s films often feature bleak subject matter presented in desaturated colors. They tackle several themes such as social alienation, dehumanization, and feminism. Fincher is also notoriously known as a perfectionist who would shoot multiple takes of the same scene. Nevertheless, his meticulous approach to directing shows itself in the immersive worlds of each of his films.

In celebration of Fincher’s latest film “Mank” for Netflix, The Maroon’s resident film review Ver Lumod ranks 10 of Fincher’s prior films based on story, themes and overall cinematic experience.

The third installment in the Alien franchise sees Sigourney Weaver reprising her role as protagonist Ellen Ripley. She survives a spaceship crash into a planet populated by violent male prisoners. Strange events occur afterward, which leads her to discover that she had brought an unwelcome visitor.

“Alien 3” was marred with production problems from the start, as studio interference resulted in various writers and directors coming and going. It was no surprise that it became a disaster, especially when Fincher stepped in for his feature film debut. He may have brought a music video sensibility to the Alien franchise and even took risks with its mythology, but the film’s clunky and derivative story inevitably doomed itself.

Fresh off the success of “Fight Club,” Fincher went back to basics for the claustrophobic home invasion tale, released in 2002. Jodie Foster and a pre-“Twilight” era Kristen Stewart star as a mother and daughter whose new home is invaded by burglars, played by Jared Leto, Forest Whitaker, and Dwight Yoakam.

The film provides a CGI update to Alfred Hitchcock’s blend of suspense, as Fincher effortlessly glides his camera with help from technical wizardry around the house. While the effects look dated by today’s standards, and the story itself is weak compared to Fincher’s other efforts, “Panic Room” serves as a precursor to the director’s fascination with surveillance and feminism.

8. The Curious Case of Benjamin Button

Fincher reunites with lead star Brad Pitt for the sprawling fantasy story, released in 2008. Pitt stars as the titular character, who ages backward throughout history. He is accompanied by his foster mother, played by Taraji P. Henson, and his love of his life, played by Cate Blanchett.

The film is a stark departure from Fincher’s typically dark works, as it is an achingly poignant affair. “Benjamin Button” may be uncharacteristically sanitized and all over the place, but the director’s penchant for emotional sincerity is undeniably genuine.

To watch “The Curious Case of Benjamin Button” on HBO Max, click here.

The 1997 thriller stars Michael Douglas as a rich but lonely investment banker. He participates in a “game” that soon distorts his reality, as he gradually becomes convinced that a large conspiracy is afoot.

“The Game” is an intense and atmospheric outing from Fincher, who provides the Kafkaesque story with ample opportunities for suspense. In some perverse way, the film also serves as a testament to the power of cinema: specifically, how one forgets about everyday troubles when watching a film and in essence indulging in another world. The end result may frustrate everyone, but “The Game” slyly reminds the viewer that it’s all a movie and you’re in for a ride.

6. The Girl with the Dragon Tattoo

Fincher adapts the bestselling Stieg Larsson novel for the 2011 psychological crime thriller. “The Girl with the Dragon Tattoo” stars Daniel Craig as disgraced journalist Mikael Blomkvist, who investigates the disappearance of a woman from a wealthy family 40 years ago. He later enlists the help of antisocial computer hacker Lisbeth Salander, played by Rooney Mara.

Fincher is clearly in his element here, as he attempts to pull the same formula that worked for his previous film “Zodiac” and highlights the intricacies of investigative work in this case. The main draw is Mara as the iconic Salander, who ranks among the best performances in Fincher’s entire filmography.

To watch “The Girl with the Dragon Tattoo,” click here.

Released just before the dawn of the 21st century, “Fight Club” has had an enduring legacy as an endlessly quotable cult classic. The film follows Edward Norton as an average white male who is dissatisfied with his white-collar job. His life changes when he meets the rebellious Tyler Durden, played by Brad Pitt, who represents the free-flowing and rule-breaking persona that he is not.

The film initially suffered from poor reviews. However, it has since been widely celebrated as an exploration of American culture, even though it has been falsely co-opted by a bro culture that more or less missed the point. Still, “Fight Club” stands as one of Fincher’s more culturally relevant films.

After the disappointing reception to “Alien 3,” Fincher bounced back with an unforgettable psychological crime thriller from 1995. “Se7en” stars Brad Pitt as Detective David Mills, who partners with the retiring William Somerset, played by Morgan Freeman. They investigate a series of gruesome murders inspired by the seven deadly sins of Bible lore.

Most of the film is structured as a gripping police procedural, as Mills and Somerset try to catch the serial killer, played by Kevin Spacey. The rest, however, is eminently unforgettable for its brand of nihilism. Without spoiling anything, Fincher may not exactly present a happy ending, but the way he does it is brilliantly done.

The 2007 mystery thriller is based on the non-fiction book by Robert Graysmith. It centers on the manhunt for the Zodiac Killer, who terrorized the San Francisco area from the late 1960s to early 1970s.

Jake Gyllenhaal stars as Graysmith, then a political cartoonist working for the San Francisco Chronicle. He becomes obsessed with tracking down the killer, along with his colleague Paul Avery, played by Robert Downey Jr., and detective Dave Toschi, played by Mark Ruffalo.

“Zodiac” is undeniably immersive even with the inevitable lack of resolution, as the murders are still unsolved to this day. It adopts a clinical approach to the investigations, with precise attention to details that only a perfectionist like Fincher could ever come up with. What’s more interesting is that while “Zodiac” is a period piece, it extensively used digital effects to painstakingly recreate San Francisco in the 1970s. “Zodiac” is endlessly rewatchable, as the viewer keeps coming back for more.

Fincher adapts the Gillian Flynn novel for the 2014 psychological thriller. Ben Affleck stars as bar owner Nick Dunne, who finds himself in the media spotlight as his wife Amy, played by Rosamund Pike, has mysteriously disappeared.

The film is a brilliant examination of how providing a media narrative can sometimes be better than telling the ugly truth. It also presents the dark side of marriage, as gender dynamics are explored from every angle, perhaps in brilliant ways. Moreover, it is anchored by an unforgettable performance from Pike as well as Affleck, not to mention Carrie Coon as Nick’s twin sister Margo and Tyler Perry as his defense lawyer Tanner Bolt. “Gone Girl” is a quintessentially American love story in all its manipulative glory.

The 2010 biographical drama has been regarded as “Citizen Kane” for the digital age. “The Social Network” presents the dramatized story of Facebook founder Mark Zuckerberg, played by Jesse Eisenberg.

While the film may not be historically accurate in some parts, it ultimately doesn’t matter. Its brand of building a myth around Zuckerberg is undeniably suited to the 21st century, perhaps foreshadowing a decade where fake news takes precedence over actual facts.

“The Social Network” shows Fincher at the height of his powers. It is a masterclass in directing, accompanied by Aaron Sorkin’s eloquent script as well as Trent Reznor and Atticus Ross’s hypnotic score. Eisenberg in particular shines as Zuckerberg, in what may well be a precursor to nerds basically ruling the world nowadays. “The Social Network” is one of the best films of the 21st century, and it holds a candle to Fincher’s cinematic brilliance.

To watch “The Social Network” on Netflix, click here.