Column: Brees will always be the Saints’ GOAT 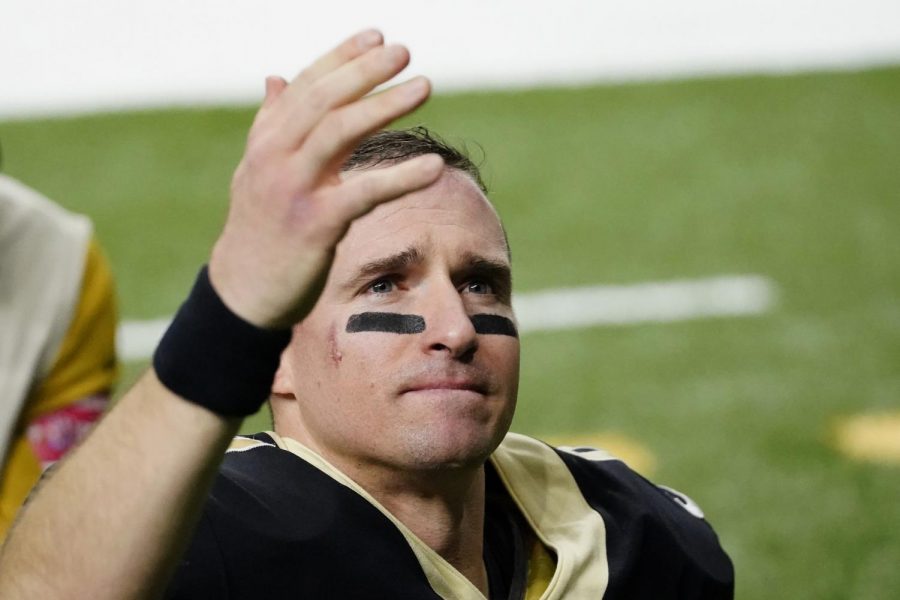 All the indications are pointing to the NFC Divisional Round loss against the Tampa Bay Buccaneers being the last game in the Hall of Fame career of New Orleans Saints quarterback Drew Brees.

The loss marks the end of a heartbreaking four-year run, a run where the Saints won 49 regular-season games, the most wins ever in a four-year span by a team that failed to reach the Super Bowl. Whether it be because of a blown call or blown opportunities, the Saints couldn’t get the job done at the end of Brees’ career. But despite the disappointing finale, Brees is undoubtedly the greatest player to ever don the Saints’ uniform, and he always will be.

Many may not remember a time when the Saints weren’t relevant but, if you look back at Saints history, that was the norm. It wasn’t too long ago when it was fashionable for Saints fans to sport bags on their heads because the team was so unsuccessful.

That lack of success carries over to the playoffs too. Before Brees, the Saints won one playoff game, one in five total appearances. That’s one playoff win in 39 seasons. During Brees’ 15 seasons with the Saints, the Saints went 9-8 in the playoffs including a run that ended with New Orleans bringing home the Lombardi Trophy in Super Bowl XLIV, a game in which Brees was named the MVP.

It’s hard to fathom the kind of reversal of fortune the arrival of Drew Brees and Sean Payton brought to New Orleans, not just because of the improvement record-wise; Brees and Payton gave New Orleans a winner at a time that was desperately needed in this community.

New Orleans was still reeling in the aftermath of Hurricane Katrina. In 2005, the Saints had played their home games in the Alamodome, Tiger Stadium and Giants Stadium because of the substantial damage the Superdome had endured during Katrina.

Brees’ career at the time paralleled the team’s. Brees was coming off a career-threatening shoulder surgery and people questioned if he would ever return. The Miami Dolphins, another team in pursuit of the then free agent quarterback, were more wary than the Saints were. There were also questions surrounding whether the team would ever return to New Orleans. The Saints returned home and came back stronger than ever with Brees joining them in free agency.

Brees’ individual success helped turn the team around. He will retire as the all-time leader in passing yards, second in passing touchdowns, first in completions and second in completion percentage. Brees passed for more than 5,000 yards in five seasons, a feat only eight quarterbacks in NFL history have accomplished, and none have done more than once.

The Saints finished among the NFL’s top-five in scoring offenses in 10 of Brees’ 15 years with the team, with their worst finish being 12th.

You could list statistics, records and accomplishments all day. The reason Drew Brees will always be the greatest Saint of all-time is because he turned the franchise around. He made the team a success when they never were before. He gave people a sense of positivity that was previously unthinkable. Every year since people thought the Saints had a chance to win the Super Bowl. Before that, people didn’t even think they had a chance at the playoffs most seasons.

Now the work likely goes to finding the next franchise quarterback for the Saints. But no matter what that person accomplishes, they’ll never do for New Orleans what Drew Brees did.