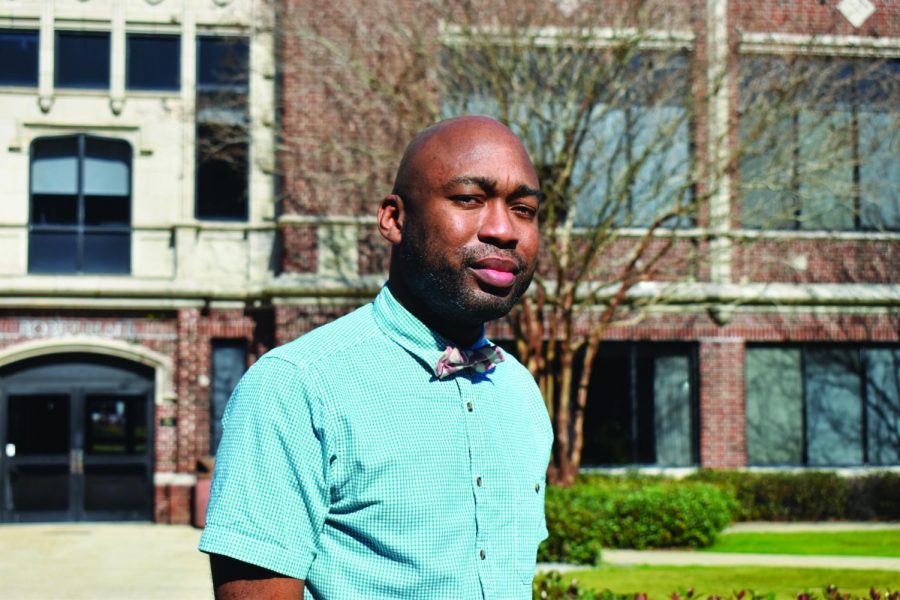 Since becoming a part of the Loyola community last fall as Senior Vice President of Equity and Inclusion, Kedrick Perry said he hopes to make his legacy last through his plans to celebrate the diversity of the university.

Perry came into his position after his predecessor Sybol Anderson returned to her home state in the winter of 2019. Perry said he feels he has a roadmap for Loyola to become a national model in prioritizing diversity and inclusion due to Anderson’s guiding work and dedication.

Perry and his team are working toward bringing in more federal student success and research programs such as The McNair Scholars Program, Veterans Upward Bound and The Louis Stokes Alliance for Minority Participation. His office is also working on establishing an Office of Multicultural Affairs that will include Indigenous and LGBTQ+ resources.

The office also has plans to promote a climate of access, opportunity and equity for all community members and provide innovative and transformative learning experiences, Perry said.

According to Perry, supporting existing organizations such as the Women’s Resource Center, First in the PACK and the Office for Accessible Education will enhance the ability to check biases within the Loyola community and correct them.

Cheyenne Williams, diversity officer for the Student Government Association, shares a passion for race, equity and inclusion with Perry and has worked closely with him since his arrival to Loyola.

“We are both Black in America, constantly defying the odds and overcoming adversity,” she said.

Williams said that they plan to provide more PAWS and Reflect diversity training as well as Implicit Bias training for all faculty, staff and students.

Using his passion for equity and inclusion on campus, Perry said he hopes to integrate a “pedagogy of inclusive excellence” at Loyola.

Another goal of Perry’s is to improve the recruitment and retention of students, staff and faculty from marginalized communities.

“For me, inclusive excellence is that aspirational and inspirational state when a university truly recognizes that its success and longevity is reliant on how well it values, engages, and embraces the multifaceted identities of its community members,” said Perry.

Perry said his vision aligns with the university’s equity and inclusion plan and Loyola’s identity as a Jesuit institution, reflecting that he and his office strive for a community with a tenet of cura personalis, caring for the whole person.

Perry said he is honored that the Loyola community has trusted him to bring the welcoming community in his plans to life, especially during political unrest, systemic racism, inequality and uncertainty within the nation.

“Loyola is doing all that they can to ensure students that they are safe and that their concerns are heard” Williams said.

Perry applauded Loyola on its diversity efforts so far and said he believes that Loyola was already a diverse institution committed to social justice. Perry said that Loyola’s efforts made accepting the position a lot easier. President Tanya Tetlow’s firm commitment to making equity and inclusion one of her administration’s centerpieces sealed the deal, said Perry.

One way that Williams and Perry have been able to launch Perry’s plans for Loyola is through the university’s first J-term.

Perry, Williams, and the University’s Diversity, Equity and Inclusion Committee helped with J-term this year, which was focused on race, equity, and inclusion. They were on the committee that chose the courses.

“It is important to me that Black students and students of color are supported inside and outside the classroom. The January term (J-term) shows students that Loyola is actively working to support them,” said Perry.

Williams said that it was essential to Perry and the committee that Race, Equity and Inclusion were approached in multiple ways.

Perry said he is thankful for students, staff, faculty and the university’s Diversity, Equity and Inclusion Committee who have helped him in his new role.

“Maya Angelou said it best when she proclaimed ‘…that in diversity there is beauty and there is strength.’ In other words, my mission is for us to realize how beautiful we are and how undeniably strong we are as a community if we appreciate, understand, and take the time to learn about our rich differences,” said Perry.